- USD/JPY has topped out on charts says Commerzbank analyst.

The Yen bested all but its Swiss rival Tuesday amid fresh tensions between the U.S. and China as well as a turn higher in Japanese government bond yields, although analysts have said there could still be more upside to come.

President Donald Trump said Tuesday that a 'phase one deal' to end the trade war between the U.S. and China could be delayed until after the November 2020 Presidential election, roiling markets that had been led to believe such a thing would be finalised and formally entered into before the year is out.

And December 15 will still see new tariffs imposed on all of China's remaining annual trade with the U.S. that's not yet been subjected to punitive duties unless President Trump decides otherwise. Markets had hoped the levies would be averted by a 'phase one deal' but Commerce Secretary Wilbur Ross said at the weekend that if an agreement is not finalised before mid-month the new tariffs will be go into effect. He and Trump repeated that assertion Tuesday. 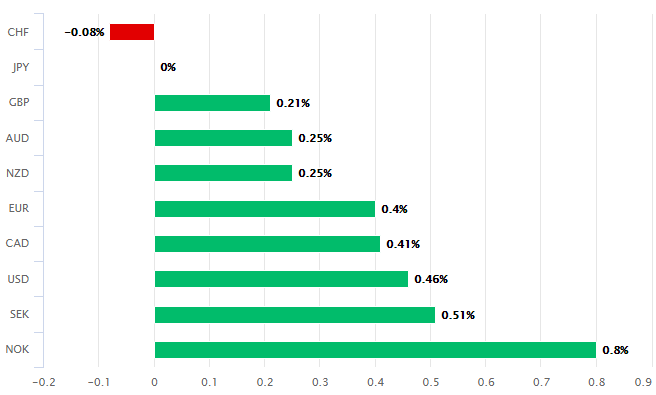 Trump's trade comments came amid a Chinese response to the Hong Kong and Xinjiang bills from Washington, which Beijing describes as meddling in its internal affairs, and hard on the heels of a United States Trade Representative (USTR) decision to recommend the White House slap tariffs of up to 100% on $2.4 bn of French exports to the U.S. in response to President Emmanuel Macron's new digital services tax.

The trade headlines came at the end of a multi-week period in which volatility in financial markets had fallen off the edge of a cliff as asset prices range-traded amid rising-but-misplaced hopes that a 'phase one deal' would end the trade war between the world's two largest economies before the year is out. They've now created a fertile environment for safe-haven currencies like the Yen and Swiss Franc - both of which outperformed on Tuesday after already having clocked up decent gains on Monday.

"USD/JPY yesterday charted a key day reversal from 109.73. Given the very dense overhead resistance, namely the 200 week moving average at 109.83 and the 2015-2019 downtrend at 110.59, we will assume that the market has topped for now," says Karen Jones, head of technical analysis at Commerzbank. "While this resistance area caps, near term attention will remain on the recent low at 107.89. Failure here will further alleviate upside pressure and trigger losses to the 106.48 October low." 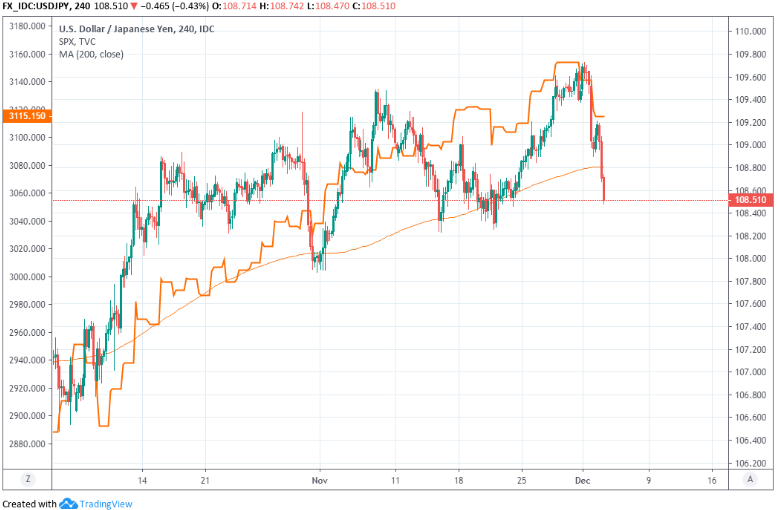 Jones, who studies trends and momentum on the charts rather than possible economic and financial implications of trade headlines, is betting against the USD/JPY rate having sold it at 109.48. She's told clients to add to the bet if the market rises back to 110.25 but to have a stop-loss set at 110.70.

Japan is a nation of savers that runs surpluses on its current account and often on the trade balance too, rather than deficits like the U.S. and UK, which act as a backstop of demand for the currency even in times of uncertainty or strife. That's a significant part of why investors tend to flock toward the Yen when their appetite for risk fades. And risk appetites are the first thing to suffer upon fresh doubts about the outlook for trade relations between the U.S. and China.

Those financial and trade flows, combined with the trade headlines, have doubtless helped push the Yen higher but weren't the only factors influencing the currency's rise on Tuesday because a rally in government bond yields has also played a part. Japan's 10-year government yield has risen more than 2% to -0.19% in recent days as investors have dumped local bonds in response to speculation suggesting a mammoth fiscal stimulus program is in the pipeline.

"History tells us the ¥25 trillion headline figure will grossly overstate the impact on the economy because the spending plans will contain double counting," says Elias Haddad, a strategist at Commonwealth Bank of Australia. "Less than half of the ¥25 trillion in stimulus is likely to represent fresh spending. Regardless, looser fiscal policy in Japan is JPY supportive because it could take some of the pressure off the BoJ from delivering more easing if Japanese economic/inflation dynamics fail to improve."

A sharp rise in spending by the Japanese government, which has the highest debt-to-gdp ratio in the world, would mean an increased supply of bonds hitting the markets in the quarters ahead and would imply a lesser value or price for each one them. And bond yields, which represent the percentage return offered by the coupon interest that's set in stone at the point of issue, always move in the opposite direction to bond prices.

"Negative trade headlines yesterday and overnight have stalled a risk rally in equities and saw them give back some of their gains yesterday. This risk-off mood has also been reflected in the FX market as the haven currencies CHF and JPY gained sharply against the US dollar," says Fritz Louw, a currency analyst at MUFG. "This could continue if we were to see more follow through from President Trump on his most recent actions...There is still room for the yen to strengthen further against the dollar." 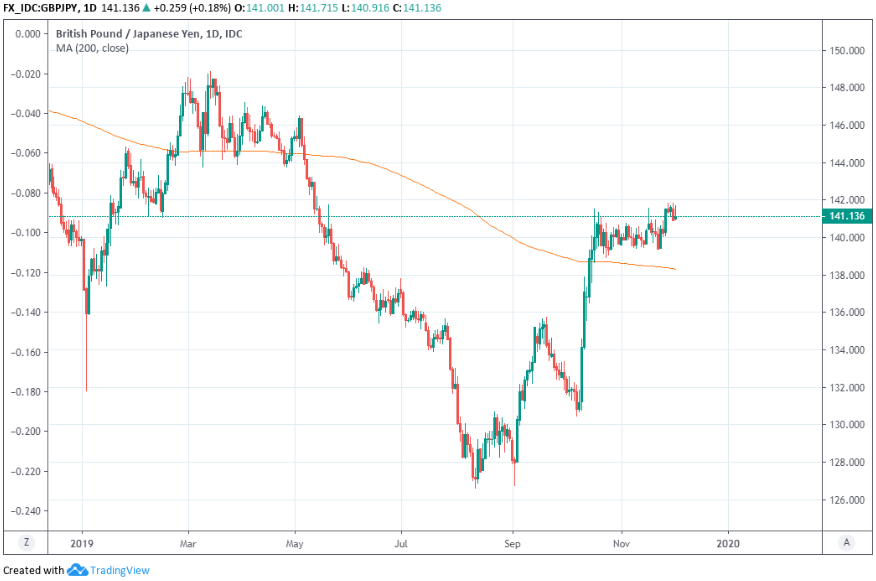