One of the tenets of technical analysis is that a price pattern is usually necessary to signal a change in the trend of prices whether up or down.

In the case of the Pound-to-Yen exchange rate, this currently appears to be the case, with a bullish price pattern having formed at the recent August lows, signalling a change from a dominant downtrend to a new uptrend.

The formation coincides with the Pound strengthening after an easing in Brexit risks after the British Parliament managed to get a law passed which blocks the prime minister Boris Johnson and his government from pursuing a ‘no-deal’ Brexit on October 31.

“The reduced expectation of a hard Brexit and broad risk appetite improvement has pulled Sterling/Yen higher in the past week,” says Richard Perry, a market analyst at Hantec Markets. 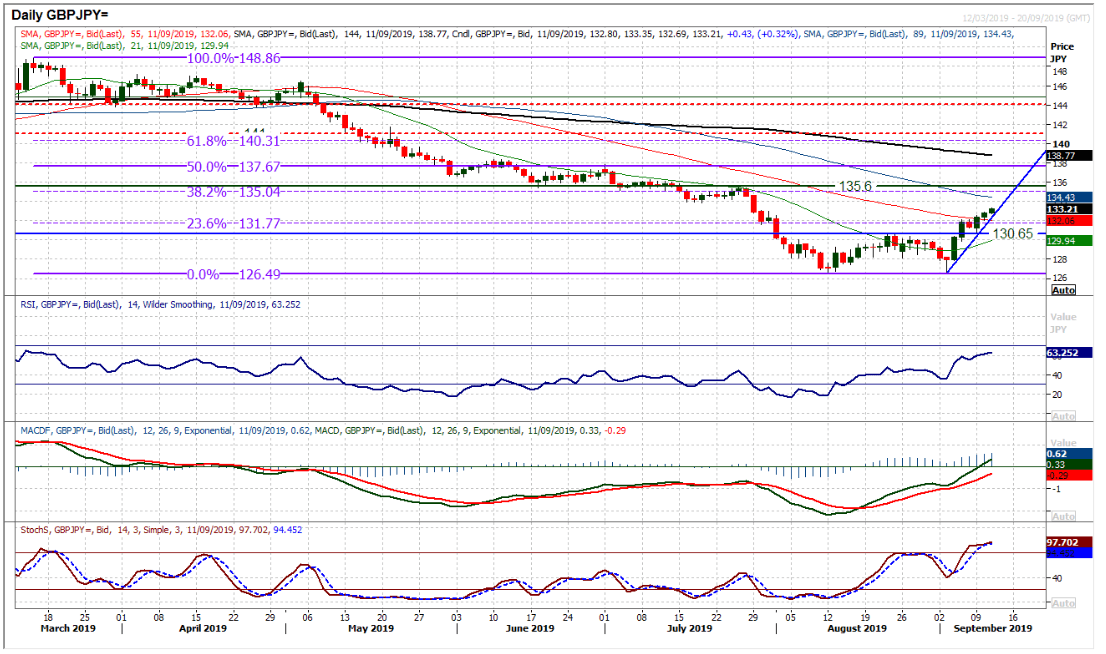 The break above the 130.65 level was an important turning point as it represented the triggering of the promise contained in the formation of the bullish pattern.

“Instead of consistent lower highs and lower lows of the summer months, the breakout has completed a base pattern to form higher lows and higher highs,” says the analyst.

Although Perry does not name the pattern, it is a ‘W’ shaped double bottom pattern, one of the most common and reliable reversal patterns that occur on price charts.

The height of the double-bottom provides a clue as to how high the pair is likely to go following completion.

Strong momentum is corroborating the move with the “RSI into the 60s, and MACD lines accelerating towards neutral. Both indicators along with the Stochastics are at six-month highs,” says Hantec. 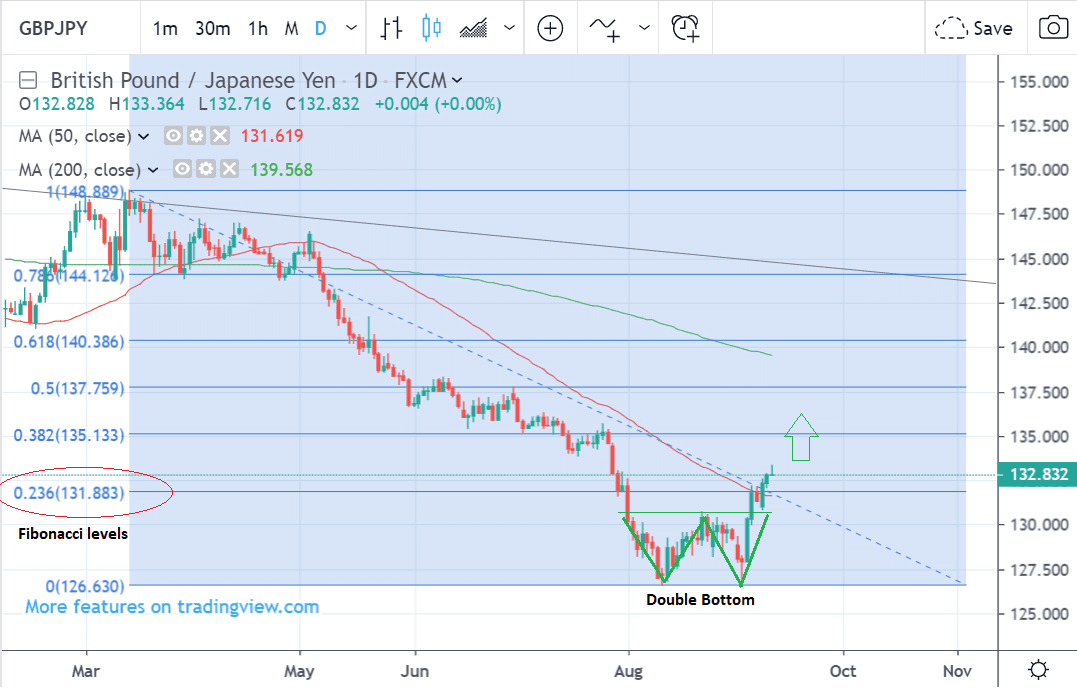 Pull-backs to Fibonacci retracement levels, such as the 0.236 ratio of the previous downmove, are opportunities to buy the exchange rate at preferential prices, according to Perry.

Such retracements are ratios of the previous move down from the March highs. They are based on mathematical relationships discovered by the 12th-century mathematician Leonardo Fibonacci, which explain proportions in nature and man-made forms including price fluctuations.

A pull-back to the 0.236 Fibonacci level at around 131.88, for example, would provide a good point to buy into the uptrend as the exchange rate is more likely to find a floor there and resume its uptrend.