- Pace of interest rate hikes not expected to change

Champagne corks could be heard popping in Washington today after data showed US inflation finally clawed its way back above a landmark level - the Federal Reserve's  (FED's) 2.0% target.

It is the first time it (by which we mean core inflation) has risen above 2.0% in 10-years, that is since the great financial crisis.

Core inflation rose to 2.1% in March compared to a year ago, and by 0.2% compared to a month ago, according to data from Bureau of Labour Statistics out earlier today. This was exactly in line with analysts' forecasts.

Broad inflation, meanwhile, undershot expectations slightly in March, coming out at -0.1% when it had been forecast to remain unchanged at 0.0%.

Compared to the previous year, or year-on-year (yoy), the broad inflation rate came out at 2.4% in line with expectations.

The Dollar was trading at 1.4185 versus the Pound - virtually unchanged after the result.

It was down by 8 basis points versus the Euro, trading at 1.2379 following the release. 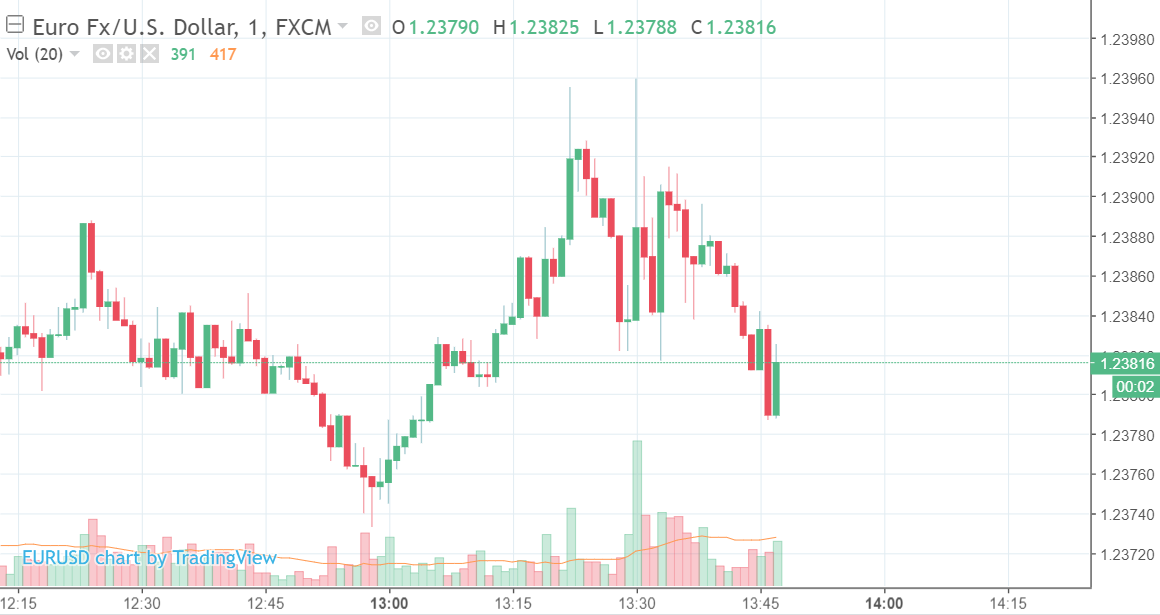 "Dollar bulls hoping for further Inflation upside to heap pressure on US interest rate trajectory were left flat-faced this afternoon as US CPI missed expectations and registered a 9-month low (-0.1% vs 0.0%)," says Anthony Kurukgy, senior sales trader at Foenix Partners.

"Market participants hoping for an aggressive monetary policy may readjust their expectations for 2018," added the trader.

Higher inflation tends to lead to higher interest rates which lead to a stronger currency.

Higher interest rates attract greater inflows of foreign capital, drawn by the promise of higher returns, so the Dollar was probably knocked slightly due to a marginal decline in broad monthly CPI.

Overall the Federal Reserve should be exceedingly happy they have hit both their 2.0% inflation and full employment targets now.

Surpassing target would be a "a huge milestone," for the economy, according to Marshall Gittler, chief strategist at ACLS Global.

"According to this definition, the Fed has hit both its targets – full employment and stable inflation," added Gittler. 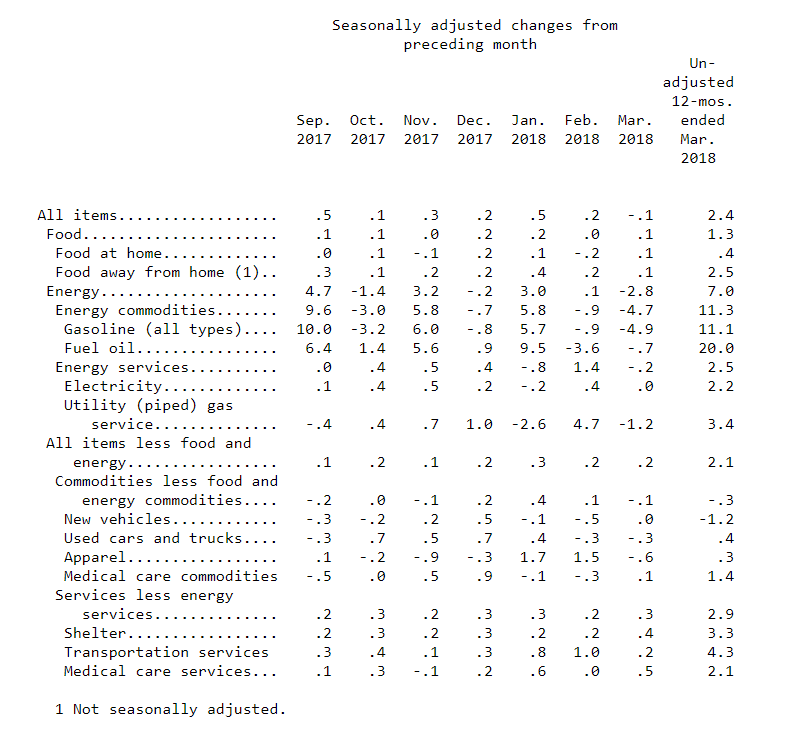 Although the Fed officially uses Personal Consumption Expenditure as its gauge of choice for measuring inflation, and that is not out till later in the month, it is highly correlated and very similar to core CPI.

The question now is whether PCE - the Fed's preferred gauge will also surpass 2.0% and despite the high degree of correlation with Core CPI, some analysts are not so sure it will.

"Even though core CPI is now back above 2%, it remains below the average level seen prior to last Spring's sharp deceleration, and would still leave core PCE tracking a little below 2%," says Andrew Grantham, an economist at CIBC World Markets.

Grantham sees "no reason to change" his forecast of only 2 more hikes by the Fed this year, which equates to 3 in total but not the 4 some more bullish investors had been touting.

ACLS Global's Marshall Gittler, was more optimistic, however, stating that "I would expect speculation to heat up about four rate hikes or otherwise a faster pace of rate hikes and for the dollar to gain as a result," - that is if the Fed's target was met.

Yet in reality despite the target being achieved the Dollar has depreciated marginally since the release, and this seems to chime with forecasts from other analysts who were more sanguine about the prospects of CPI moving the Dollar.

"We struggle to think that the CPI release will do much to alter the current USD malaise," said Richard Kelly, head of global strategy at TD Securities in a note prior to the release which turns out to be extremely prescient.

Even a "gradually accelerating" CPI outlook is likely to be "hardly shocking for FX markets" he continued.

"Unless CPI disappoints in a material way, we view this report as more noise than signal," added the strategist.