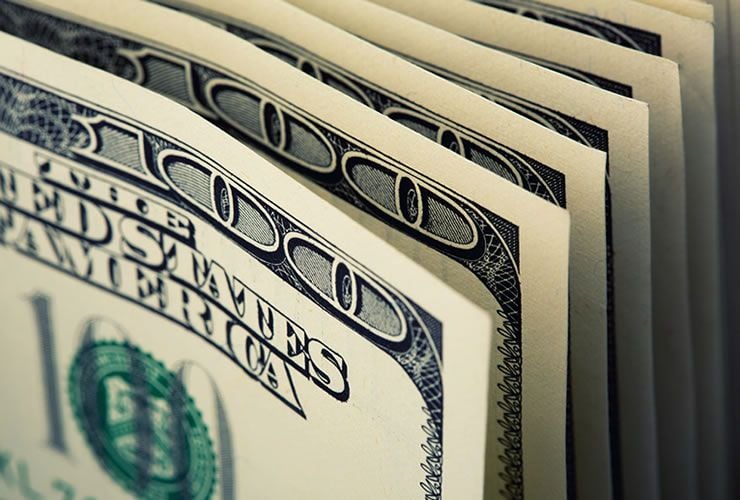 The US Dollar outperformed at the start of October thanks to signs of strong activity in the US Manufacturing sector.

The US Dollar's period of outperformance received a fresh boost Monday after data from the Institute for Supply Management showed a surge in manufacturing activity in September, despite much hurricane-induced disruption to industry in some parts during the period.

September’s manufacturing PMI from the ISM came in at 60.8, up from 58.8 and against expectations for a modest fall to 57.9. This marks the highest level seen in the index for more than ten years.

"The Dollar was lifted last week by hawkish comments from Janet Yellen and the long-awaited reveal of Trump’s tax plan, before receiving the extra boost of the fastest month-on-month ISM manufacturing PMI growth in 13 years this Monday," says Connor Campbell, an analyst with Spreadex in London.

Of the 18 separate manufacturing industries in the US, 17 reported growth in September according to the ISM.

"According to the ISM, the manufacturing sector is on fire. The survey showed gains in September from the already lofty levels it had been running at in recent months," says Royce Mendes, an economist at CIBC Capital Markets.

Some chemical manufacturers reported disruptions to supply chains due to a series of hurricanes hitting the southern half of the US in September, but other businesses were relatively unhindered by the adverse weather, with the most common effect being an extension of delivery times.

"Overall, the headline reading does seem to be skewed slightly higher due to the longer supplier delivery times, but even after looking through that effect, the survey is still pointing to further growth in the sector," says Mendes.

The bar to garnering a meaningful response to the afternoon's data from the Dollar was set quite high after the recent repricing of US interest rate expectations. However, Monday's ISM sent the Dollar surging, even if only briefly.

"The rise in the ISM manufacturing index to a 13-year high of 60.8 in September, from 58.8, is the latest illustration of the benefit to the manufacturing sector from the weaker dollar and strong global demand," says Andrew Hunter, an economist at Capital Economics.

The Pound-to-Dollar rate dropped 30 points immediately, after already having fallen nearly 1% during the session, to trade at an intraday low of 1.3254. Meanwhile, the Euro-to-Dollar rate slid 20 points to 1.1730.

"After its super-charged September ended on a sour note, the Pound’s October has started in the worst way possible, with the currency posting its largest decline against the dollar since the day after June’s general election," says Campbell. 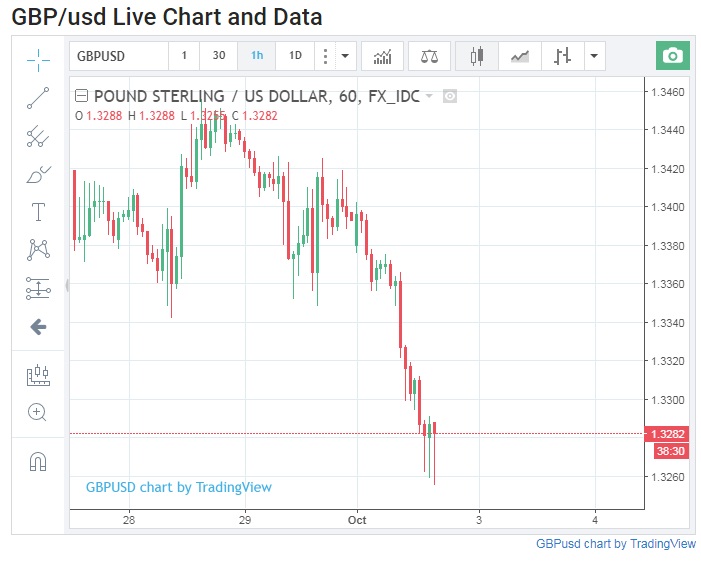 Questions regarding how far the Pound will now fall in this period of US Dollar outperformance  are being asked. The next big event on the Dollar's calendar are labour market statistics due on Friday, October 6.

If data beats expectations the GBP/USD's poor start to October will be extended.

However analyst Joel Kruger at LMAX Exchange tells Pound Sterling Live that he believes the Pound should be well supported:

"We're at a place now where the Pound is likely to make more of a habit of outperforming on the whole, as the currency works its way out from longer term cyclical lows.

"As far as Cable goes, I think there will be a good opportunity to build long exposure on a dip back towards 1.3000 as anything below the psychological barrier should be very well supported."

The Fed Will Move Faster Than the Market Had Expected

The Dollar's fortunes have improved of late after the Federal Reserve took markets by surprise on September 20 and left its inflation and interest rate projections, the so called dots, largely unchanged for the coming years.

This sent traders scrambling to price in a December interest rate hike at a time when markets had all but given up hope of another 2017 move from the Fed.

Since then, Fed chair Janet Yellen has doubled down on the message sent out in the September policy statement, warning in a separate speech that it would be imprudent of rate setters to wait for inflation to catch up with them before taking further action.

With the Fed having said it will stay the course toward higher rates, the US Dollar’s fortunes have changed dramatically, prompting gains for the greenback rising against all of its G10 counterparts during the last week. 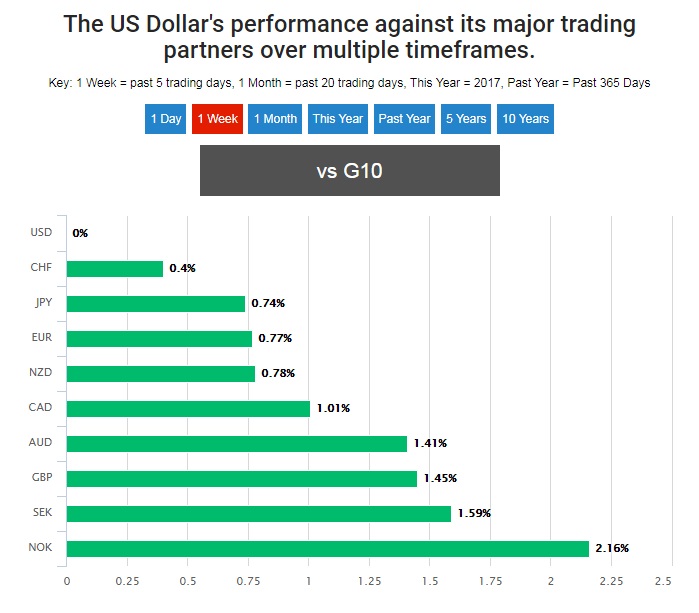 The US currency received another boost just last week when the Trump administration released details of its eagerly, and long, awaited tax reform plan.

President Trump and the Republican Party proposed to lower the US corporate tax rate to 20%, down from a statutory rate of 39.1%. Small businesses will also see their tax rate fall to 25% under the plan, while the top rate of income tax for individuals will also be cut.

In addition, there are provisions for major changes to America’s tax treatment of offshore profits, which also allow for a one-time tax break on the repatriation of corporate profits currently held overseas. Close to $3 trillion of profits are held offshore by American companies, some $150 billion of which is likely to be held in foreign currency denominated assets, according to analysts.

However, market expectations are that the overall scale of the cuts will be scaled back as the bill makes its way through Washington, while some observers are still concerned over exactly how it will be funded.

“Our message for investors is not to get carried away; for all the hype over tax reforms this week, the release hasn’t added to what we already knew,” says Viraj Patel, a strategist at ING Group.

While the Dollar continued to bounce its way toward the current week off the back of the news, not all strategists are convinced the nascent turnaround can last.

Some were even disappointed, noting Washington’s focus on cutting taxes and not reforming the tax system - which could have been more positive for growth.

“The evidence from other countries that have lowered their corporate tax rates is that it does not lead to any significant pick-up in the growth of investment, productivity, employment or economic activity. Instead, lower corporate taxes tend to boost dividend payments,” wrote Paul Ashworth, chief North American economist at Capital Economics, in response to the details.

So while traders bid the greenback higher, the collective tone of economists and strategists has been one that borders on disappointment, which might leave the Dollar vulnerable to corrective moves over the coming weeks.

“Fading this is our preferred tactic, especially versus currencies where the domestic story remains constructive. In the G10 FX space, buying GBP/USD on dips looks attractive,” advocated ING’s Patel.