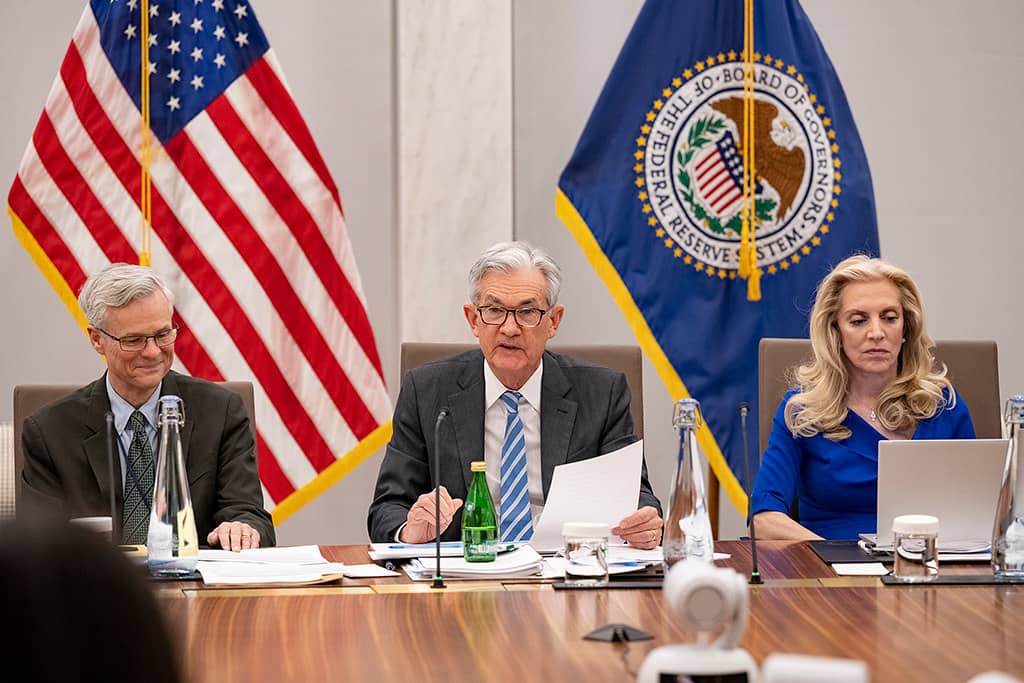 The August inflation report confirmed to investors the Fed cannot yet slow down its rate hiking cycle just yet, reinforcing expectations for another 75 basis point hike and accompanying language suggesting it will maintain a steadfast commitment to getting prices down.

For currency markets, and indeed all financial assets, the next 'big moment' will be when the Fed finally pivots and signals the end to the hiking cycle is coming into view.

Until then, the recent trends of Dollar strength and equity market decline can be expected to remain intact.

Signs of a pivot will likely be absent when members of the Federal Open Market Committee (FOMC) release their projections for where they expect to see interest rates heading in the future (the infamous Dot Plot chart).

Analysts say this is likely where the emphasis for currency markets will fall, given a 75bp hike is already expected and 'in the price'.

"With somewhat limited scope for a surprise on the size of the rate hike today, all eyes will be on the updated projections, and especially on the Dot Plot estimates," says Francesco Pesole, FX Strategist at ING Bank.

ING expects another revision higher in the median Dot Plot so that the terminal rate should now fall in the 4.25-4.50% area in 2023.

Revisions to other economic forecasts are expected to show some signs of a worsening economic outlook, but the notion of broad resilience in the U.S. economy should remain the baseline scenario.

"Looking at FX implications, we think that a hawkish hike today by the Fed will keep front-end rates supported and a very inverted yield curve should continue to endorse the dollar’s good momentum for now," says Pesole.

The FOMC meets in an environment of entrenched Dollar strength, that sees the Euro to Dollar exchange rate fall back below 1.00 and approach a breach of 0.9900.

Another bullish Dollar impulse from the Fed would likely extend the lows in both of these exchange rates.

Global stock markets would also likely come under pressure as investors discount a decline in future corporate earnings and fear a deeper global recession through the latter part of 2022 and into 2023.

"With the relationship between short-term rate dynamics and most G10 pairs having waned lately, expect a big chunk of the market reaction to be driven by the reaction in global equities – here a still hawkish Fed may not be read as good news, and that is another reason why we expect the safe-haven dollar to remain bid," says Pesole. 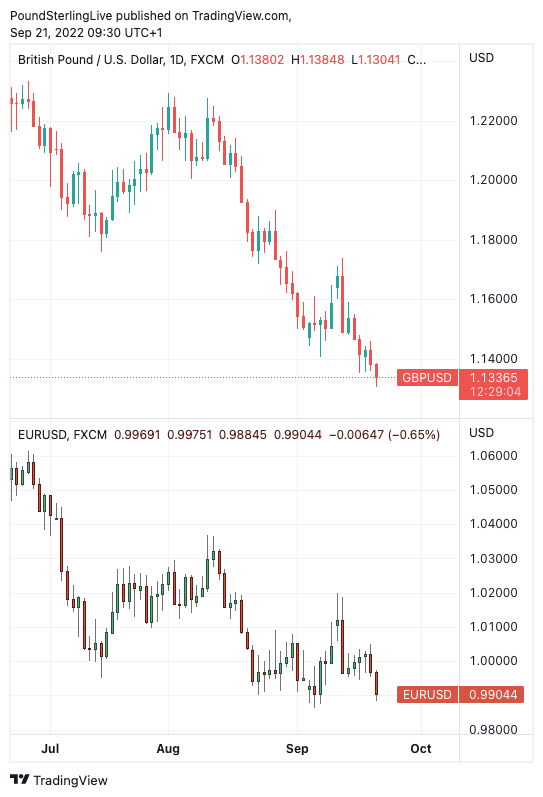 Above: EUR/USD and GBP/USD at daily intervals. To stay on top of the market set a free FX rate alert, here.

ING's view is that the early-September 0.9900 lows can be tested in EUR/USD after the Fed announcement, and a break below that level may unlock further downside for the pair into the 0.9800 support.

Regarding the Pound-Dollar exchange rate, in line with a view for a positive response by the Dollar to the Fed announcement, "we think cable could set new lows today (a move below 1.1300 possible," says Pesole.

Furthermore, the Fed could be of consequence for the Euro-Pound exchange rate, according to Pesole.

"The pound’s higher sensitivity to a potentially adverse reaction in equities compared to the euro suggests some upside risk for EUR/GBP (which could re-approach 0.8800)," he says.

"While some wait-and-see approach would normally prevail in GBP crosses ahead of tomorrow’s big Bank of England announcement, the FOMC and incoming news on domestic policy proposals mean that the pound may remain volatile today," he adds.