“But even with this forecast, the risks are now clearly on the side of even stronger hikes,” - Dr. Christoph Balz, senior economist at Commerzbank.

The Pound to Dollar rate slumped heavily in the final session of the week with many currencies coming under pressure after official data showed U.S. inflation climbing further during May in defiance of market expectations for it to ease and with possible implications for Federal Reserve (Fed) policy.

Pound Sterling fell sharply and was left trading down near the round number of 1.23 against the Dollar following the London close on Friday as many currencies beat a hasty retreat from the rallying greenback after the Bureau of Labor Statistics said inflation rose to 8.6% last month.

That was after the month-on-month pace of inflation rose from 0.3% to a whopping 1% in May, leading the annual rate to rise further rather than stalling at the 8.3% seen in April, which is what markets were looking to see.

"Shelter was the single largest contributor to that, as that sub-index posted its largest monthly increase since 2004. Core price pressures were widespread, with some other major contributors being airfares, used and new cars, and apparel," says Katherine Judge, an economist at CIBC Capital Markets. 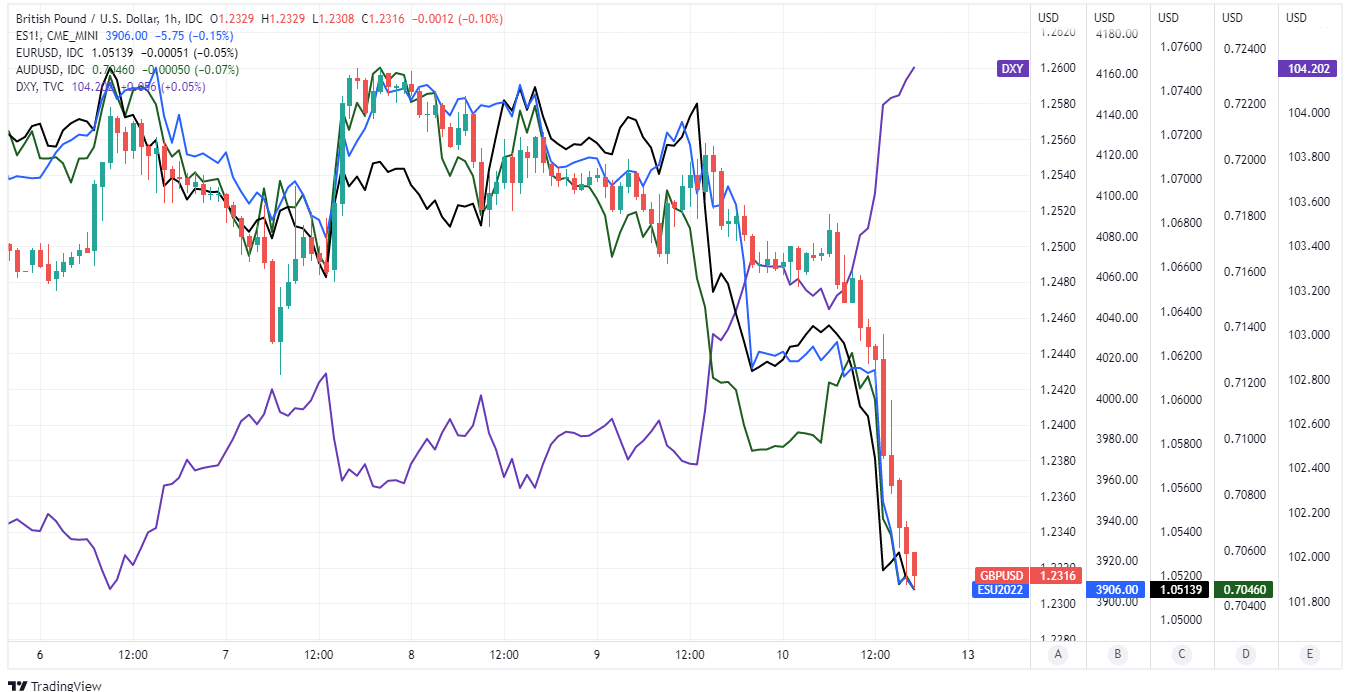 “While that left annual core inflation two ticks slower at 6.0% (vs. 5.9% expected), the deceleration was driven by base effects. Overall, this adds upside risk to our existing target for fed funds rate. The contribution to inflation from shelter is of key concern for the Fed given its stickiness, and with gasoline prices on a sharply higher trajectory in June, the Fed will remain on track to raise rates by 50bps at next week’s FOMC,” Judge explained.

This is after multiple Fed policymakers said they would want to see something along the lines of “clear and convincing evidence” that U.S. inflation is not only easing, but also in outright retreat back toward the bank’s 2% target level.

“On inflation I am going to be looking to see a consistent string of decelerating monthly prints on core inflation before I am going to feel more confident that we’re getting to the kind of inflation trajectory that is going to get us back to our two percent goal. In terms of our tools, they are very effective at cooling aggregate demand,” the Fed’s Vice Chair Lael Brainard said last week.

Separately, and subsequently on Friday, the University of Michigan (UoM) Consumer Confidence Index fell to its lowest level on record while the UoM survey of year-ahead inflation expectations ticked up from 5.3% to 5.4%.

"Consumer sentiment declined by 14% from May, continuing a downward trend over the last year and reaching its lowest recorded value, comparable to the trough reached in the middle of the 1980 recession. All components of the sentiment index fell," the UoM said in summary of its survey results. 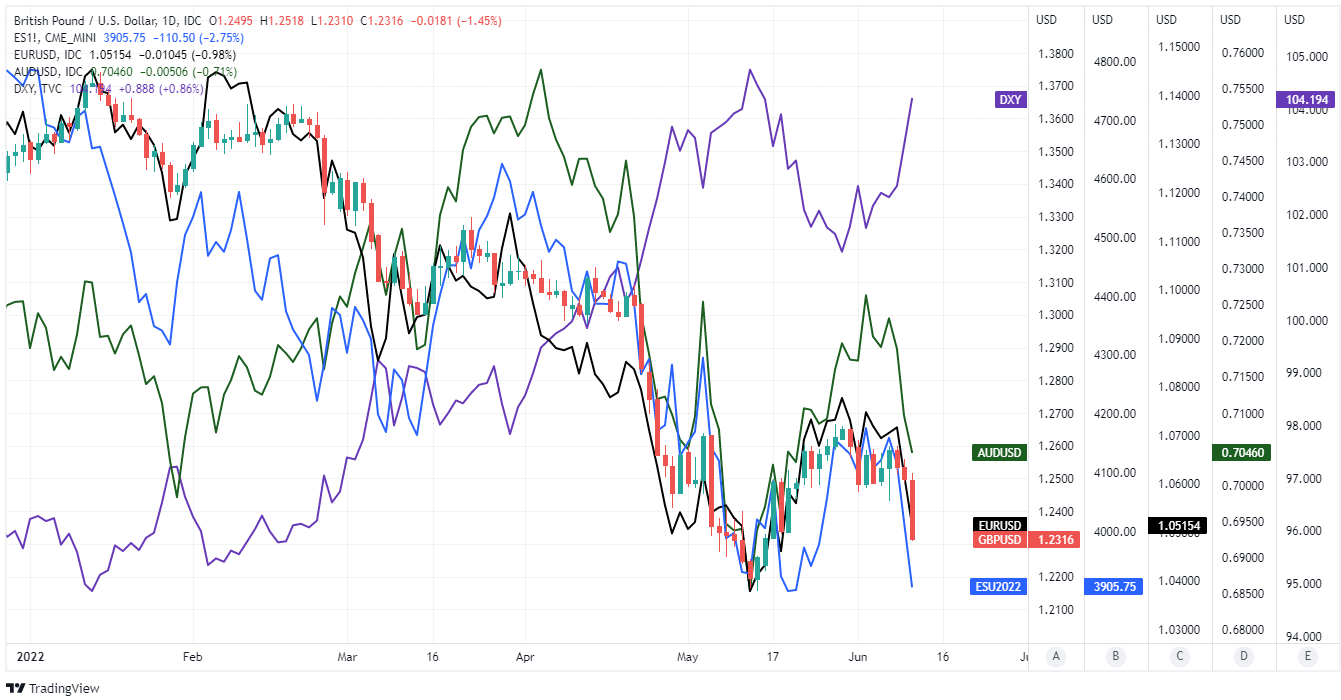 Friday's inflation data is most bullish for the Dollar and problematic for the likes of GBP/USD because it nurtures the enduring upside risks to the market’s earlier expectations for Federal Reserve interest rates, which were already being revised higher following Friday’s announcement.

While the month-on-month measures of U.S. inflation had appeared to be on the cusp of a retreat during earlier months, any such hopes were likely dashed by Friday’s data, which can only mean enduring risks of an even steeper trajectory for Federal Reserve interest rates in the months ahead.

The Fed had all but committed in May to lifting the Fed Funds rate by 50 basis points at each of its next two meetings in June and July, although the risk on Friday was tilting in the direction of the bank continuing to lift borrowing costs by that unusually large increment during subsequent months also.

"After the U.S. inflation rate fell from 8.5% to 8.3% in April, speculation had increased that this meant the peak had been passed. The renewed rise has put an end to this," says Dr. Christoph Balz, a senior economist at Commerzbank.

"Everything therefore points to further significant rate hikes. We expect interest rate hikes of 50 basis points at each of the next three Fed meetings. At the end of the year, the key interest rate should stand at 3.00%, and at 3.50% in spring 2023. But even with this forecast, the risks are now clearly on the side of even stronger hikes," Balz and colleagues also said on Friday. 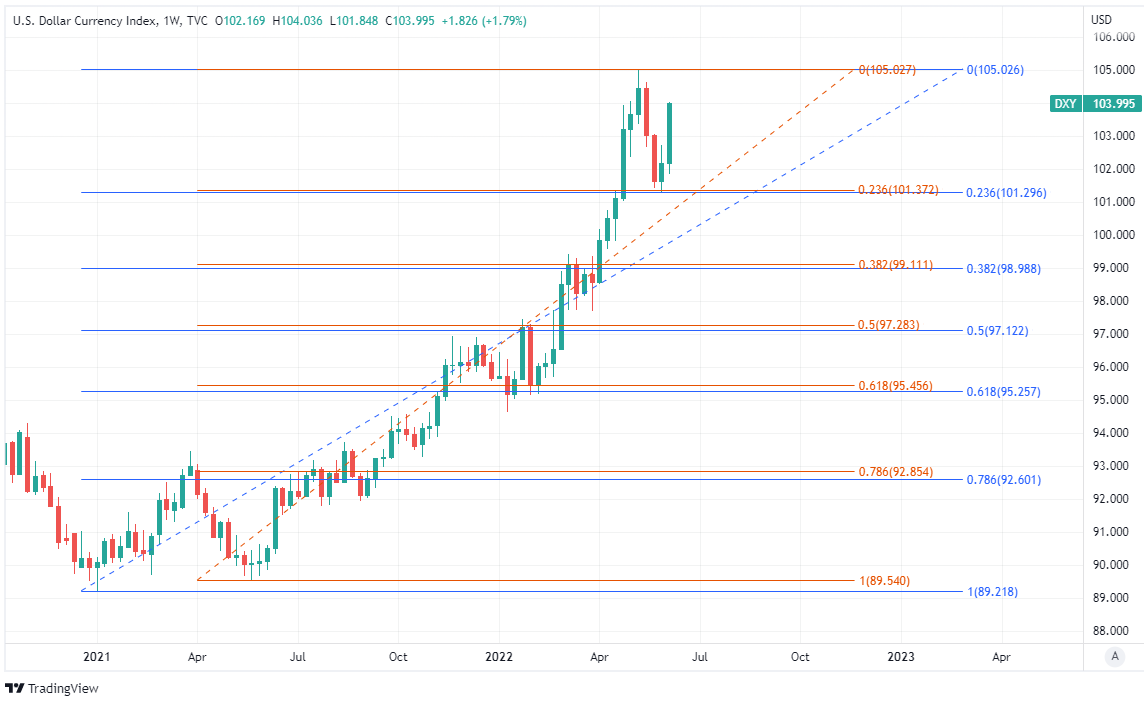