The Pound to Dollar exchange rate was pummelled back below the 1.25 handle after the Institute for Supply Management Manufacturing PMI painted a picture of robust conditions within the U.S. factory sector for last month.

"Swooning financial markets and a Federal Reserve bent on raising rates did little to slow activity in the manufacturing sector in May," says Tim Quinlan, an economist at Wells Fargo.

“The challenges confronting U.S. industry have not changed: material and input components remain in short supply as do skilled workers," he added. 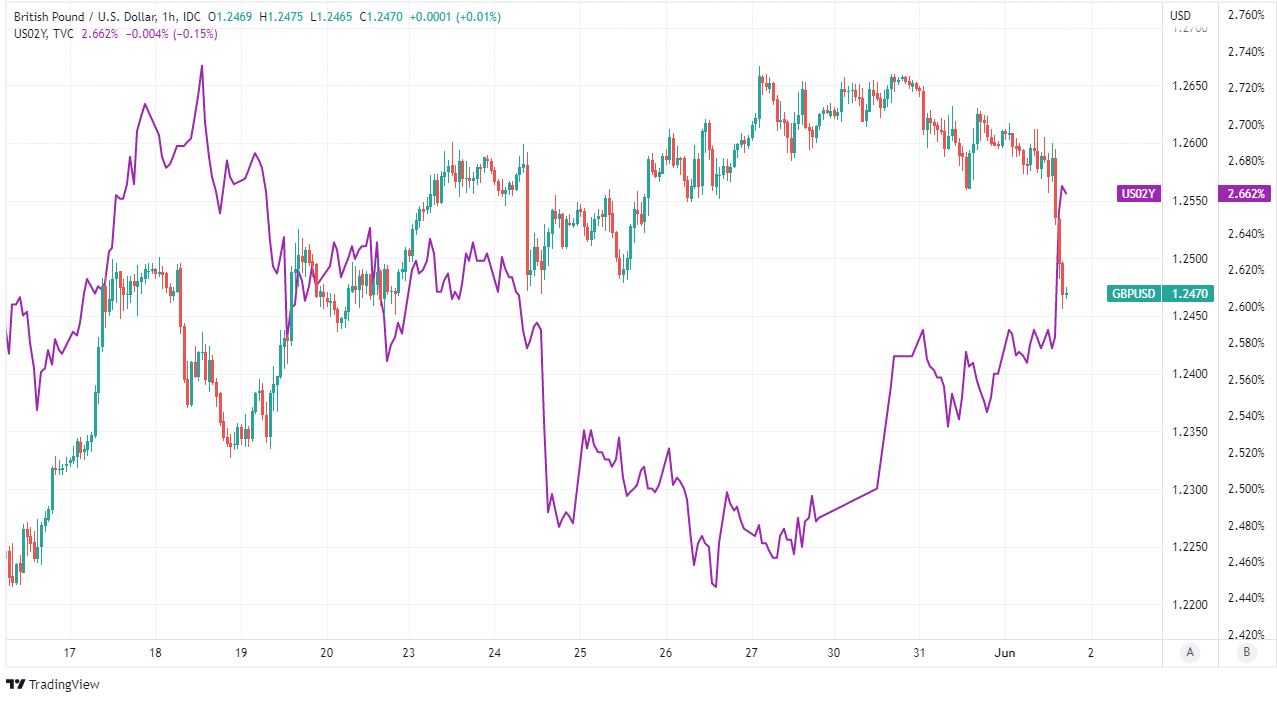 “The one negative in the report was the employment sub-index, which fell slightly into contractionary territory at 49.6 as hiring slowed, although an overwhelming majority of companies indicated that they were still hiring,” says Katherine Judge, an economist at CIBC Capital Markets.

Separately, but at the same time the Bureau of Labor Statistics’ Job Openings and Labor Turnover Survey (JOLTS) suggested that unfilled job vacancies were around 11.4 million in April and still close to record highs, which is a potential indicator of U.S. wage pressures.

The surge in U.S. government bond yields that followed appeared to pull a rug from under stock markets and lift the Dollar across the board.

This fuelled an earlier decline in the Pound to Dollar rate with Sterling falling almost as heavily as the Norwegian Krone and Polish Zloty. 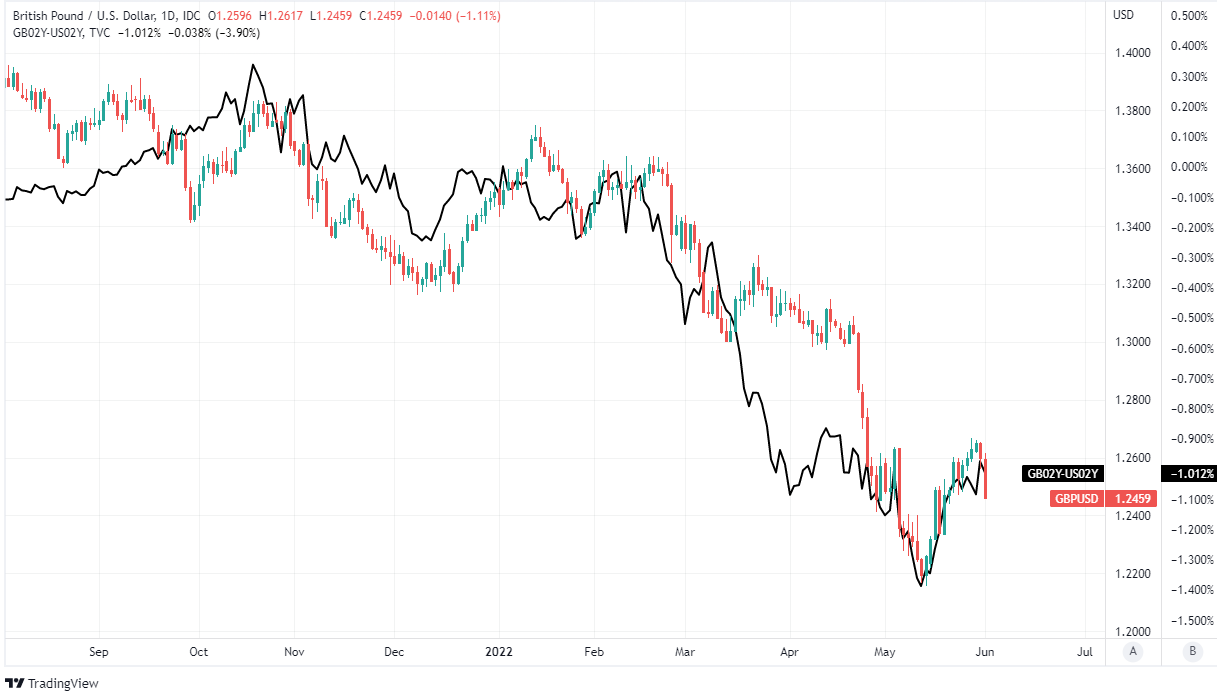 Above: Pound to Dollar rate at daily intervals alongside spread or gap between 02-year GB and U.S. government yields.

“The broader strength of the US economy should make it easier for the Fed to deliver on the tightening that is priced into the rates market than the BoE, which would drive UK-US rate differentials lower and drag GBP-USD lower with them,” Maher and colleagues had previously said on Tuesday.

The Fed’s efforts to rein in inflation were endorsed by the White House and U.S. Treasury Secretary on Tuesday in what was effectively an incitement to continue lifting U.S. interest rates, while financial markets revised up further their expectations for the Fed Funds rate in the months ahead.

In addition, the Fed's process of quantitative tightening got underway on Wednesday - which will see its mammoth balance sheet shrinking in increasingly large increments during the months ahead -  in what was a further tailwind for U.S. yields.

Meanwhile, and along the way, analyst sentiment toward Sterling has turned decidedly bearish and may have been adding to losses.

A range of factors were cited including Bank of England policy, Brexit and Westminster warfare over scandals involving the government and its opposition.