The Pound to Dollar exchange rate was toppled further last week and rallying U.S. government bond yields and relative central bank policy dynamics have left it at risk of slipping below 1.30 over the coming days in price action that would potentially create scope for an even deeper setback.

Pound Sterling came under mounting pressure from a strengthening Dollar last week after minutes of the March monetary policy meeting and some Federal Reserve (Fed) officials made clear that U.S. policymakers could yet move faster than even financial markets have been willing to give credit for.

The burden of rising U.S. bond yields may have taken a greater toll on the Pound-Dollar rate due to uncertainty over the extent to which the Bank of England (BoE) is likely to respond to rising inflation in the near future, given that it’s increasingly the result of imported energy prices.

“While next week’s data may build a cushion above the 1.30 level in the GBP, we think the currency remains at risk of a decline under the figure as the BoE disappoints markets,” says Juan Manuel Herrera, a strategist at Scotiabank.

The BoE’s stance is stoking uncertainty about whether Bank Rate will rise in line with market expectations for it to reach 2% by year-end and could mean that Sterling is especially susceptible to a setback this week as the market contemplates both UK and U.S. inflation data for March. 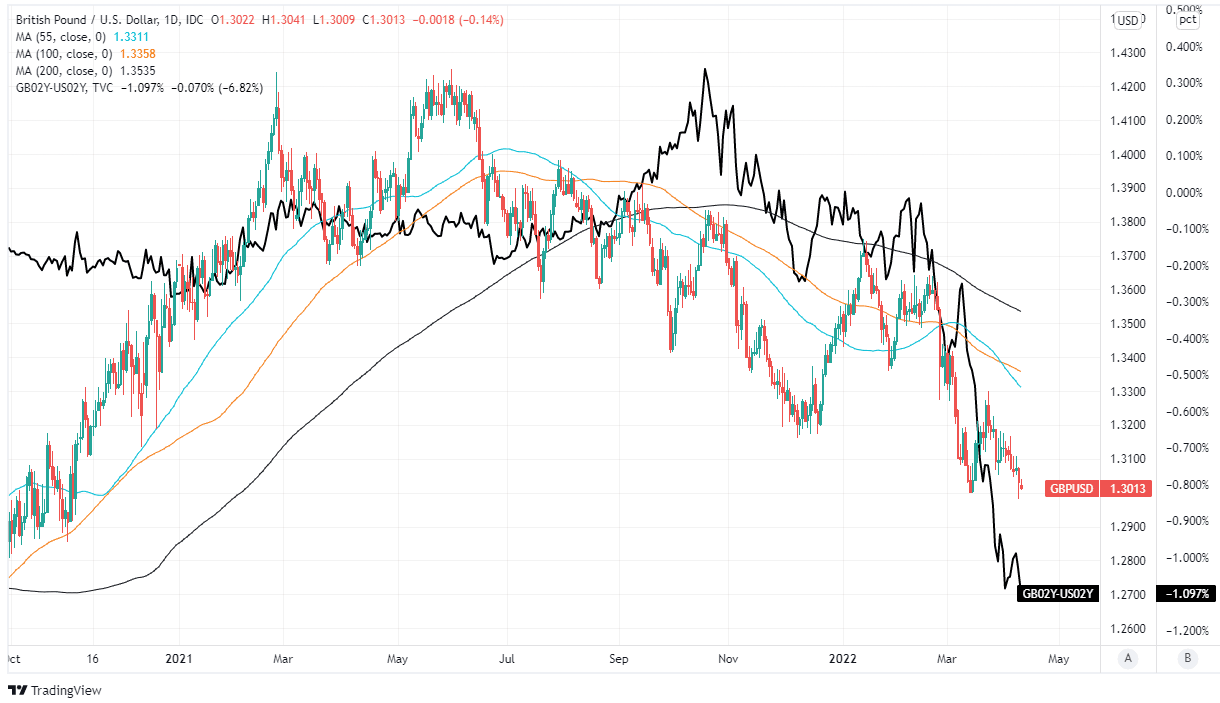 Broadening strength in the U.S. Dollar has been the dominant driver of recent declines in GBP/USD, however, and could intensify during the week ahead if it transpires that U.S. inflation pressures built further last month given the Fed’s clear and increasing resolve to respond to it by raising interest rates.

“Many participants noted that one or more 50 basis point increases in the target range could be appropriate at future meetings,” the March meeting record revealed last week, while some Fed officials have continued to suggest that a rapid pace of policy normalisation is growing increasingly likely.

“The killer Bs on the Fed – Brainard and Bullard – stung the bond market this week, offering surprisingly hawkish comments that accelerated the rise in long-term yields,” says BobBob Schwartz, a senior economist at Oxford Economics.

“Their remarks were echoed by other Fed officials in the minutes of the March policy meeting released this week, which just about cements the odds of a half-point increase in the Fed funds rate at its upcoming meeting,” Schwartz wrote in a research briefing last Friday. 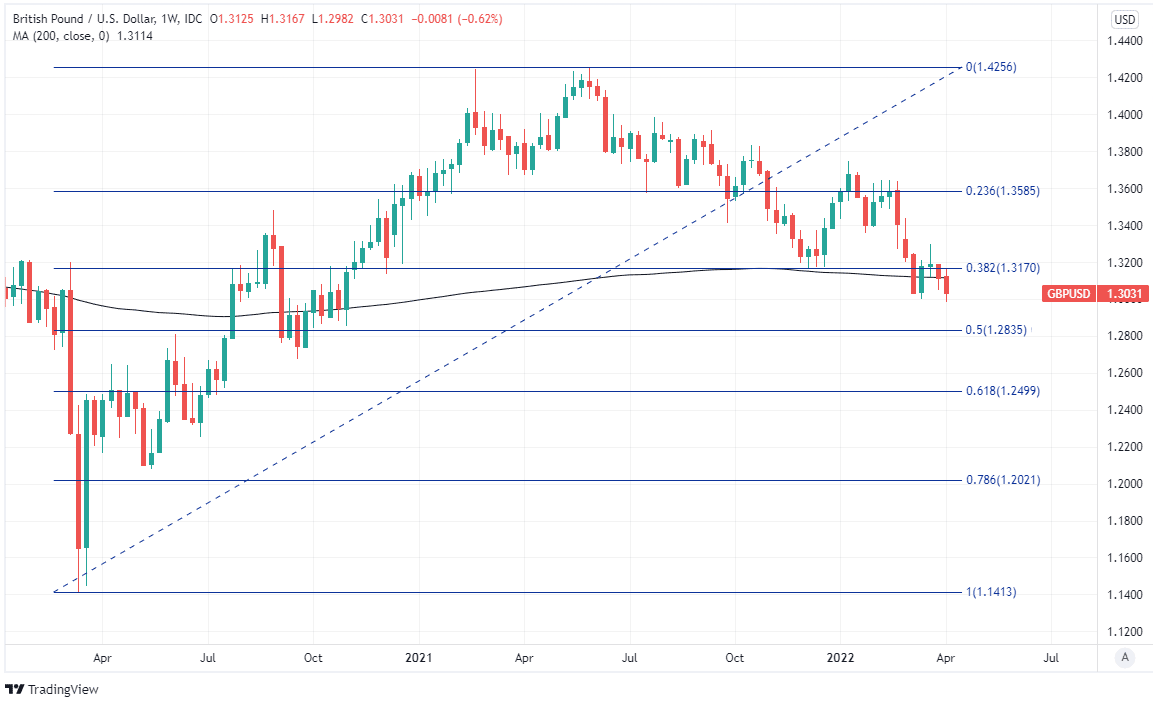 The Fed took its first step last month toward withdrawing the interest rate cuts and other stimulus announced at the onset of the coronavirus crisis but its more recent signalling suggests it could proceed in future at an even faster pace than markets have anticipated.

The bank’s greater willingness to respond to rising rates of inflation is partly why this Tuesday’s U.S. consumer prices data for March is a downside risk for the Pound to Dollar rate, and one that comes just ahead of Wednesday’s release of UK inflation data.

“The underlying strength of the domestic economy is seen as more than offsetting the price shocks, triggering a more dynamic Fed response. The impact can be clearly seen in the continuing downdraft in UK-US yield spreads,” says Tim Riddell, a London-based macro strategist at Westpac.

“Although GBP has stabilised in April, the yield spread profile suggests further GBP downside risk. UK activity releases begins next week with production, trade, employment and then inflation data. A more solid backdrop to activity and wages is needed to offset the yield curve pressure and suggest that GBP/USD can hold its now vulnerable 1.30-1.33 range support,” Riddell and colleagues said on Friday.