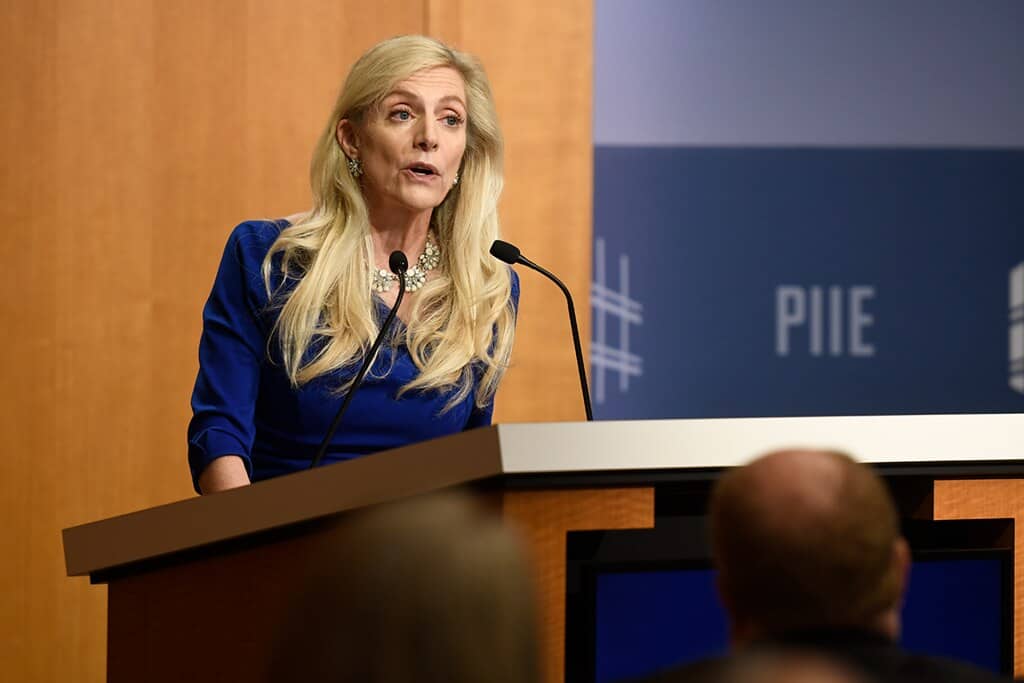 Dollar weakness can run further say foreign exchange analysts we follow, a view that could well allow the Pound-to-Dollar exchange rate to crack the 1.42 level and deliver fresh multi-month highs.

Analysts say recent weakness in the world's de facto reserve currency is linked to an ongoing expectation amongst investors that the global economy is in a growth phase that has much further to run and that the yield paid on sovereign bonds will remain close to historical lows, all conditions that are typically associated with USD weakness.

A good portion of the most recent losses in the Greenback come on the back of fresh commentary out of the U.S. Federal Reserve.

Lael Brainard, an U.S. Federal Reserve Governor, delivered a speech overnight at which she maintained the official line that the Federal Reserve (Fed) would not entertain reducing monetary support for the economy for a while yet.

The message underscored the Fed's policy of keeping interest rates as low as possible until the U.S. labour market shows material improvement, even if inflationary pressures are running high.

"The pound has taken advantage of the weaker dollar, climbing towards the $1.42 handle and remains just shy of €1.16 against the Euro," says Adam Ma at Western Union Business Solutions. 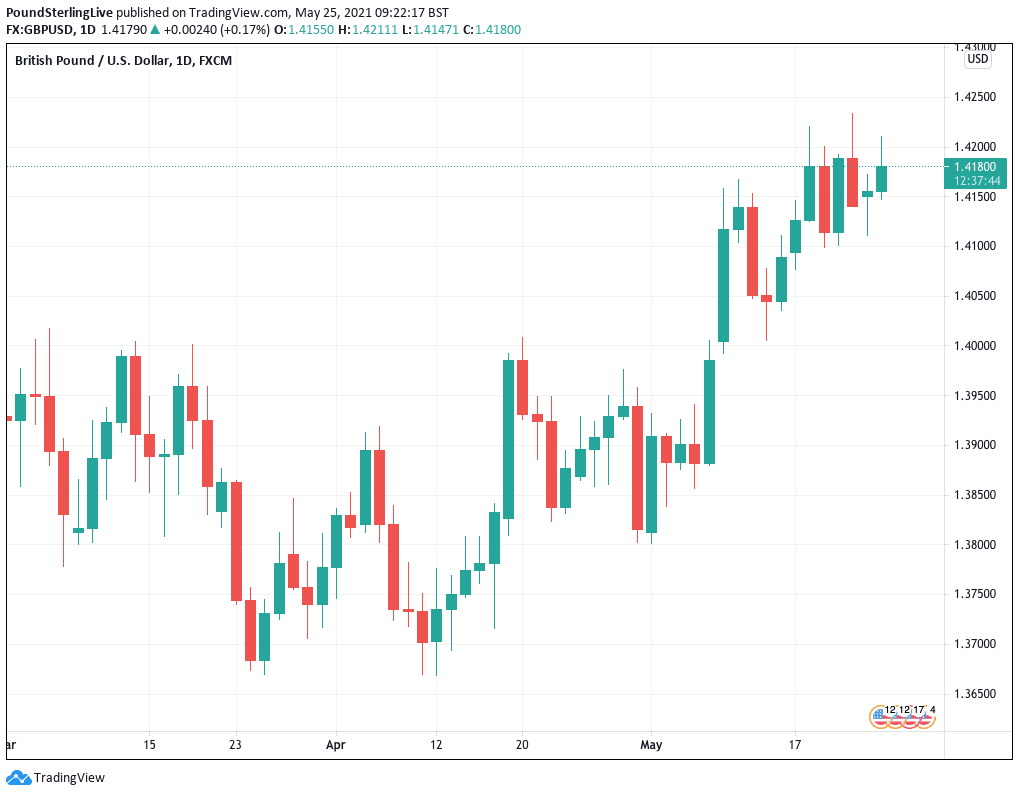 In its April FOMC statement the Fed said that inflation is rising but continues to describe the factors pushing inflation higher as "transitory."

"Markets generally took the April FOMC as dovish, even with the acknowledgement of improvements in the economy," says Edward Bell, Senior Director, Market Economics at Emirates NBD. "The dollar was broadly offered in response."

It is this desire by the Fed to keep interest rates low that has underscored a good portion of recent Dollar weakness, with analysts saying the Dollar will likely only find sustained support once the Fed turns course and signals an exit from quantitative easing and a desire to bring forward its first interest rate hike.

"We still expect to see the Fed to keep policy accommodative well into the end of 2022, even at the risk of letting inflation trend higher for a prolonged period," says Bell.

The Pound-to-Dollar exchange rate (GBP/USD) has rallied back to the 1.42 area over the course of the past 24 hours and as the above chart suggests is consolidating ahead of another potential push higher.

While the U.S. economy is certainly on the path to recovery, Brainard and her Fed colleagues feel the economy still has some yards to recover before they can withdraw support.

"There is still incredible trepidation in many states which is preventing workers from going back into the office, that has meant the forecast anticipates the final 10% is going to be very challenging to redeem. One of the glaring issues that will need to be addressed is the labour market," says Alex Ayoub, an analyst with Hamilton Court FX.

Ayoub says the recovery seems to be held back by an obstinate labour market, which simply can’t seem to find the jobs required.

"Economic forecasters predict that many jobs will be created throughout the remainder of the year, however states which suffered hardest, such as New York, Nevada and Hawaii, all still trailing the national unemployment rate of 6.1%," he adds.

Brainard's intervention is however likely only one of a number of drivers impacting on the U.S. Dollar.

Marshall Gittler, Head of Investment Research at BDSwiss Holding Ltd., says the general pro-risk tone on global markets this week is creating a broader environment that is unlikely to favour the Dollar.

"Behind much of the improved sentiment is continuing good news about the pandemic," says Gittler in a daily briefing to clients.

He cites data showing new Covid-19 cases are declining in the developed economies and that we’re now seeing the same trend in the rest of the world, too.

"In this context, it was natural that the commodity currencies were up and the safe-haven USD, CHF and JPY were down. And when USD is down, usually EUR is up," says Gittler.

One analyst is however warning on Tuesday the the Dollar's trend of weakness could be due a near-term correction, a reminder for those watching the Dollar that there is no such thing as a smooth line in markets.

"A number of warning signals on the charts however point to some possible profit taking in the short US Dollar positions, and we would tighten up stops," says Karen Jones, Team Head FICC Technical Analysis Research at Commerzbank.

The Dollar index - a measurement of broader Dollar performance - has caught Jones' eye: "Given that we have a 13 count PLUS divergence of the daily RSI, we are looking for some consolidation/profit taking in the US Dollar down move near term."

Any consolidation is expected to feed into the Pound-Dollar exchange rate, with Jones saying:

"GBP/USD continues to hold below 1.4238/45, the recent high and the March 2018 high, and we would allow for some near term consolidation."