The Pound-Dollar exchange rate has broken higher to reach its strongest levels against the Dollar since May 2018 amidst an ongoing sell-off in the U.S. currency and expectations for a UK-EU trade deal to be reached at some point over coming days.

The rally higher is sympathetic with the broadly positive technical outlook for the exchange rate according to analysts, and according to one analyst at a major Swiss bank the move above 1.3514 is a significant development.

"GBP/USD strength has now extended, as looked for, to test pivotal long-term price and 'neckline' resistance at 1.3471/1.3514 – the high of 2019 and earlier this year and associated 'neckline'/trendline," says David Sneddon, technical analyst at Credit Suisse. 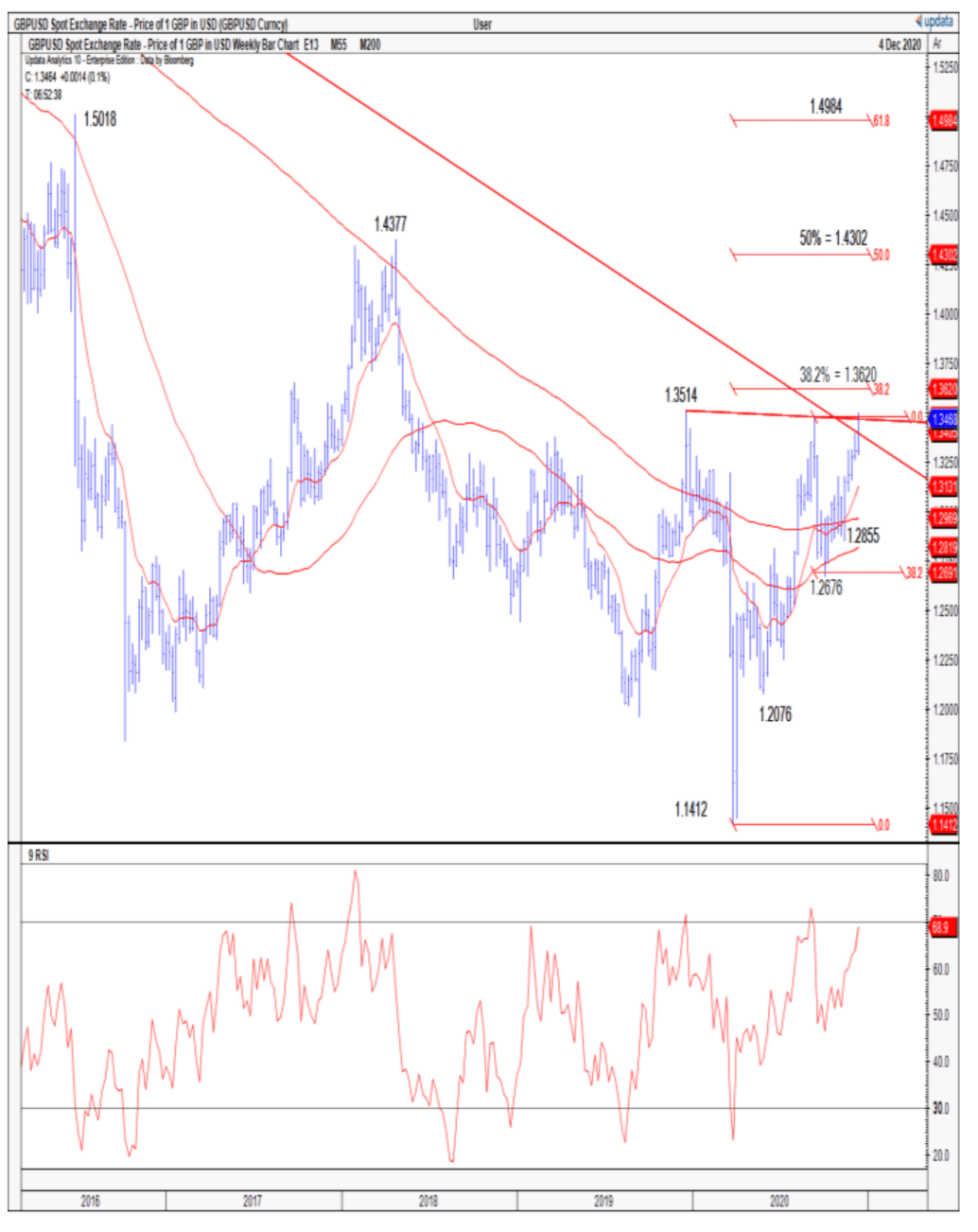 Technical analysis offers the advantage of cutting through the noise created by fundamental drivers - in this instance Brexit appears to be clouding confidence in calling the outlook for Sterling.

Indeed, it must be remembered that the Pound-to-Dollar exchange rate is of course the function of moves in two separate currencies, therefore technical analysis might offer more insight into how the Dollar element of the equation is determining movement in the pair.

Sneddon expects Sterling's rally against the Dollar to be rejected at this level and some consolidation to then set in.

The core outlook at Credit Suisse techs is for an eventual clear of this resistance and a closing break to see a major base secured to mark an important change of trend higher.

"Below can see a deeper setback back towards 1.3354, but with this ideally holding," says Sneddon. 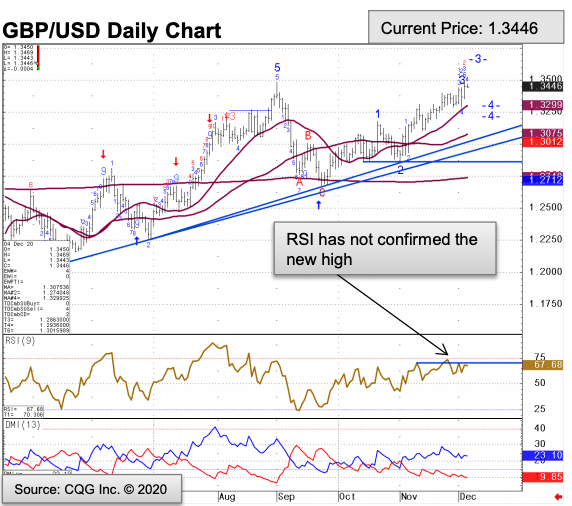 Technical analysts at Commerzbank meanwhile say GBP/USD is poised to reach the 1.3500/1.3515 December 2019 high before the rally fails and consolidation sets in.

"This is a long term pivot and represents major resistance. The Elliott wave count is suggesting a pull back into the 1.3300-1.3215 range," says Karen Jones, Team Head, FICC Technical Analysis Research at Commerzbank.

Jones notes nearby support is offered by the 55 day moving average at 1.3075 and also by 1.3015, the 5-month uptrend and for now, "while above here the market remains bid".