The Pound-to-Dollar rate has become a key battleground for Euro bulls as the trade-weighted single currency scales new highs, throwing a spanner in the works of a market looking to see more losses for the greenback and a sustained European outperformance of the British currency.

Sterling was an outperformer ahead of Thursday's close after a noon correction in major exchange rates weighed on the Pound-to-Dollar rate to a lesser extent than with other currencies relative to the greenback, with that playing out amid an update on the Brexit negotiations.

PM @BorisJohnson has held his first meeting with Taoiseach @MichealMartinTD.

They discussed the close ties between our countries.
🇬🇧🇮🇪 pic.twitter.com/1gK6cEzDy3

Irish Taoiseach Michael Martin was reported to have been optimistic that a "landing zone" is emerging from trade negotiations with the EU, before speaking of "a new framework for British-Irish relations."

Productive and warm first meeting with PM @BorisJohnson. We discussed the impact of #COVID19, the evolving approaches to it and supporting the institutions of the GFA. Crucially, we decided to develop a new framework for British-Irish relations in a post Brexit world pic.twitter.com/snleHQyzlj

The above referenced "new framework", for all anybody knows, could have been little more than a reference to the terms of the so-called backstop contained in the EU withdrawal agreement. Prime Minister Johnson reportedly said there is "a good case" for the EU to strike a "zero tariff, zero quota deal." 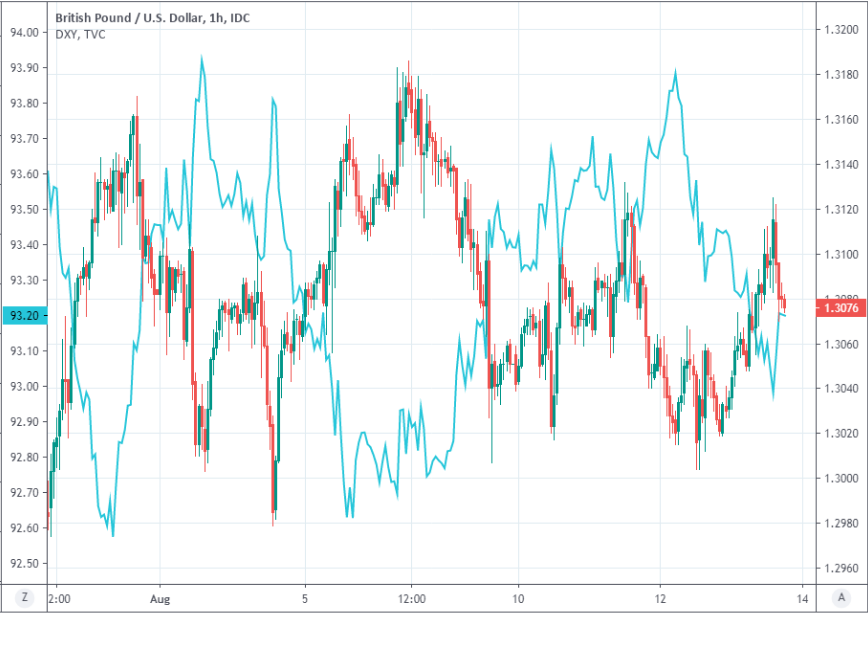 Negotiator David Frost said separately; "The UK's sovereignty, over our laws, our courts, or our fishing waters, is of course not up for discussion and we will not accept anything which compromises it - just as we aren't looking for anything which threatens the integrity of the EU’s single market."

"Brexit talks look set to resume once again next week, with the continued stalemate expected to bring further anxiety of UK traders despite an optimistic tone from negotiators. The UK chief negotiator David Frost signalled the potential for an agreement by September, although the prospect of an all-encompassing deal in such a short space of time seems optimistic at best. While the pound has been gaining ground against the dollar over recent months, there is a distinct possibility that we will see these Brexit fears dictate price action in the absence of a deal," says Chris Beauchamp, chief analyst at IG.

Thursday's price action played out as the Pound-to-Dollar rate increasingly becomes a key battleground for those looking to see the nascent EUR/USD rally continue after gains there and in EUR/JPY as well as EUR/CNH helped lift the trade-weighted single currency above the peaks seen back in 2017. 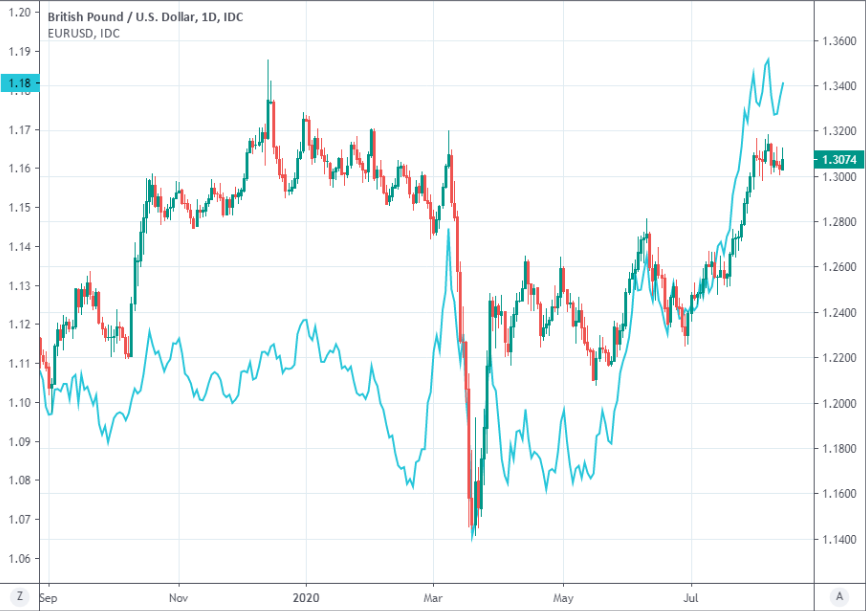 EUR/USD has struggled in repeated attempts to return to its early August high in a market that has been uber bearish in its outlook for the Dollar, bullish on the Euro and Eurozone economic prospects while remaining comparatively unenthusiastic about the Brexit-battered Pound Sterling.

So much so that without an adjustment elsewhere in the Euro exchange rate complex, any extension of the EUR/USD rally would lift the trade-weighted single currency and and potentially hamper the bloc's economic recovery.

Put differently, further EUR/USD gains might endanger the economic recovery that is supposedly superior to that of the U.S. and, according to at least some analysts out there, driving the rally. 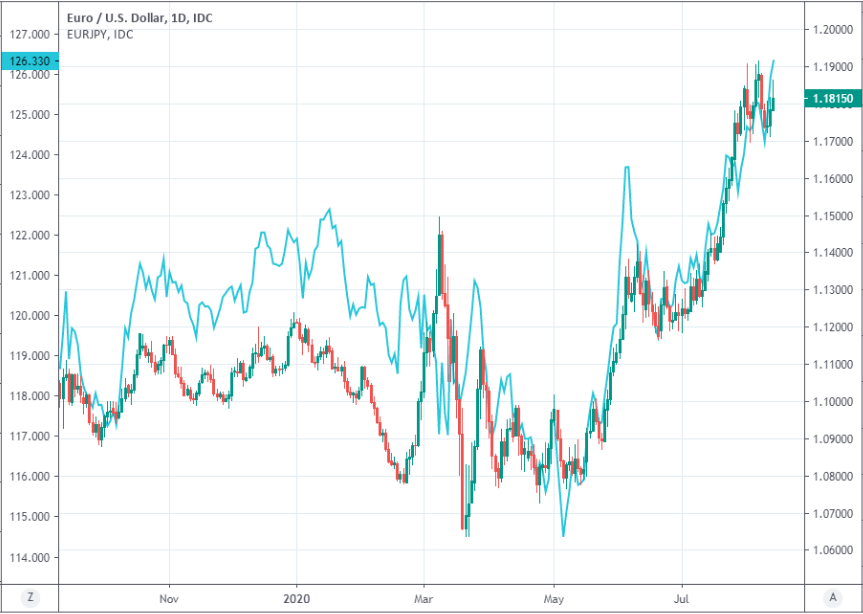 The TWI impact of new EUR/USD highs could be countered by intervening increases in GBP/USD or falls in USD/JPY and USD/CNH.

Such moves would provide a mechanical lift to the non-Dollar currencies in the equation relative to the Euro that would suppress the Euro TWI through reductions in GBP/EUR, EUR/JPY and EUR/CNH.

Without any intervening action, the argument in favour of a EUR/USD correction would solidify and the risk of a 'squeeze' on a bullish market might grow larger.

The irony is that a EUR/USD correction would also lift GBP/EUR while weighing on EUR/JPY and EUR/CNH unless a EUR/USD decline is matched by falls in GBP/USD and gains in USD/JPY and USD/CNH. The long-established, mostly mechanical and so objective plumbing of the FX market demands it. 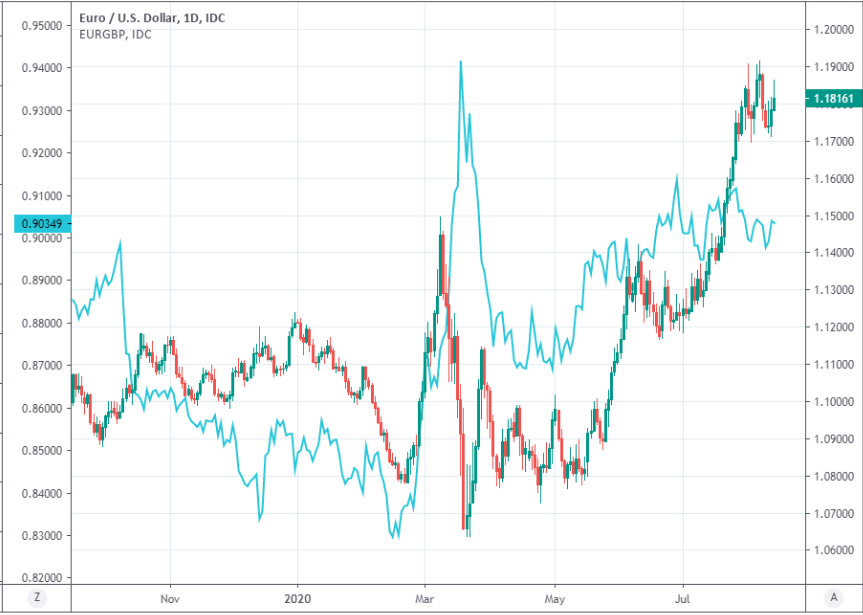 "Strength in the euro has broadened notably – particularly in EURJPY, but EURUSD deserves focus on its fourth attempt today back toward the key 1.1900+ area highs. The latest currency futures positioning data shows speculative longs at a record +181k contracts, a very extended position. Sometimes, extremes in positioning coincide with extremes in price," says John Hardy, head of FX strategy at Saxo Bank. "Fundamentally, we are struggling with the immediate catalyst for further USD weakness to extend."

With the U.S. Dollar put to one side, Pound Sterling and the Chinese Yuan are by far the most significant components of the trade-weighted index for the Euro, the latest European Central Bank (ECB) estimates confirm. Pound Sterling had a 15% share of the TWI, not a million miles away from the 20% taken up by the U.S. Dollar, while China's state-managed Yuan had some 17% of the barometer.

Both have advanced on the Dollar of late but not enough to prevent losses against the Euro that lift the Euro TWI. August losses for USD/JPY, combined with a near-5% TWI weighting for Japan, could mean a higher Yen is also an effective conduit for restraining the trade-weighted currency.