The Dollar rose Thursday after the Federal Reserve (Fed) sat on its hands but a clear commitment to do more alongside congress and in support of the economy has helped further divided opinion on the outlook for the U.S. currency.

Dollars were bought in what appeared to be a wave of profit taking that took hold hours after Wednesday's Fed policy statement but which lifted the greenback against all major developed and emerging market currencies.

Gains coincide with reports that White House chief of staff Mark Meadows had suggested that enhanced unemployment benefits afforded to Americans under the Cares Act would lapse with the July month due to political infighting in Washington, which is a further headwind to the U.S. recovery.

But profit-taking was preceded by a return to historic lows for U.S. bond yields which helped lift the Pound and Euro to new highs while USD/JPY and USD/CHF unravelled further. All helped the Dollar Index to another two-year low.

"The Fed repeated that it will continue to buy Treasuries and mortgages "at least" at the current pace, leaving the door open for substantially increased purchases if the funding requirements of the next relief bill threaten to destabilize the Treasury market," says Ian Shepherdson, chief economist at Pantheon Macroeconomics. "We expect to learn today that the economy shrank at an annualized rate of about 36% in the second quarter, the biggest drop ever recorded, by far. The biggest single contribution to the collapse will be consumption, which also probably fell at a 35% rate." 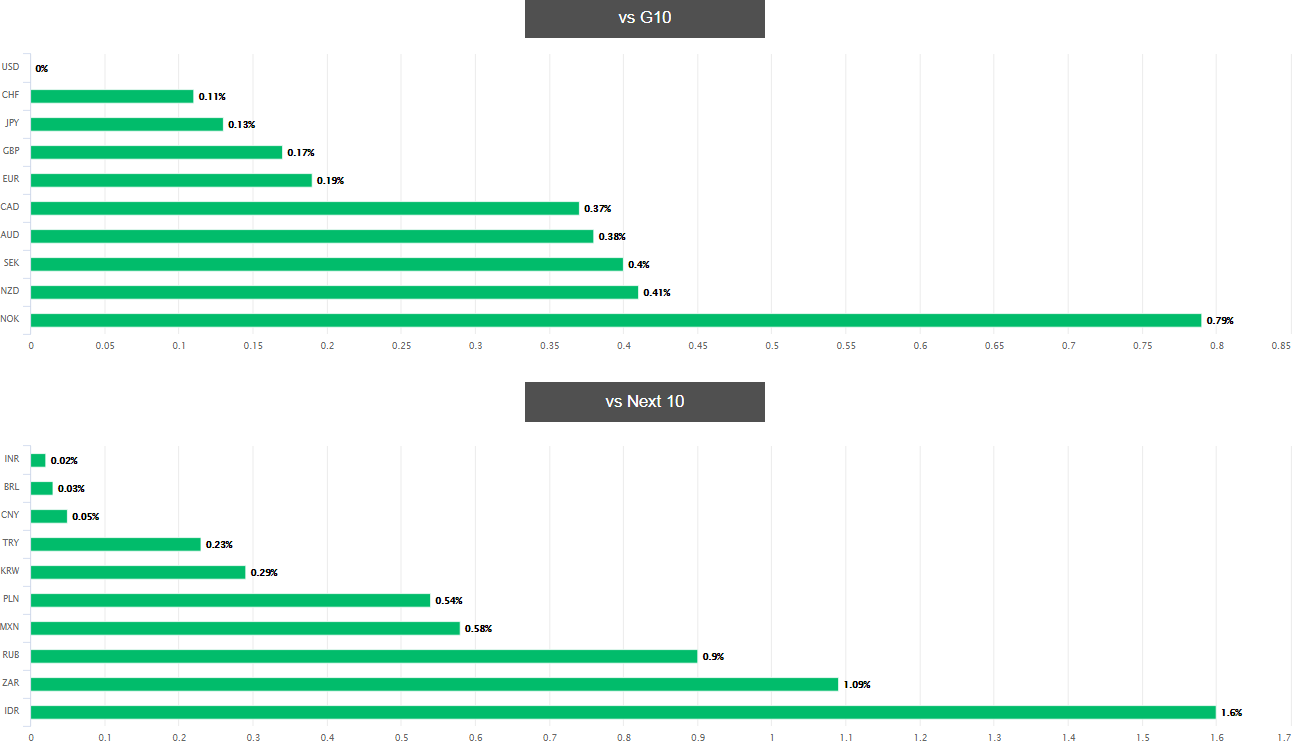 It goes almost without saying that America's central bank left the Fed Funds rate unchanged in its 'zero lower bound' range of between 0% and 0.25% before its committee of policymakers pledged to "use its tools and act as appropriate to support the economy," in line with market expectations.

"So with the Fed decision behind us and COVID escalating to some degree outside of the US, the risk-reward at current levels for the dollar certainly has shifted a little and that means we are a little more cautious on the view of continued USD depreciation over the short-term. Some correction and consolidation looks justified," says Derek Halpenny, head of research, global markets EMEA and international securities at MUFG.

The Fed also committed to leaving its vastly expanded Dollar swap lines in place for "as long as is necessary" to ward off another vicious surge in U.S. exchange rates like that seen in March, but most notably Chairman Jerome Powell committed to continue working alongside congress to ensure the U.S. Treasury is able to secure the hard cash it needs at any point no matter how small or large the next economic aid package produced by lawmakers.

That all but ensures another substantial increase in the Fed's balance sheet and concurrent expansion in the supply of Dollars, given lawmakers are haggling over whether to spend a further $1 trillion or another $3 trillion on temporary enhancements of welfare benefits and other support programmes. 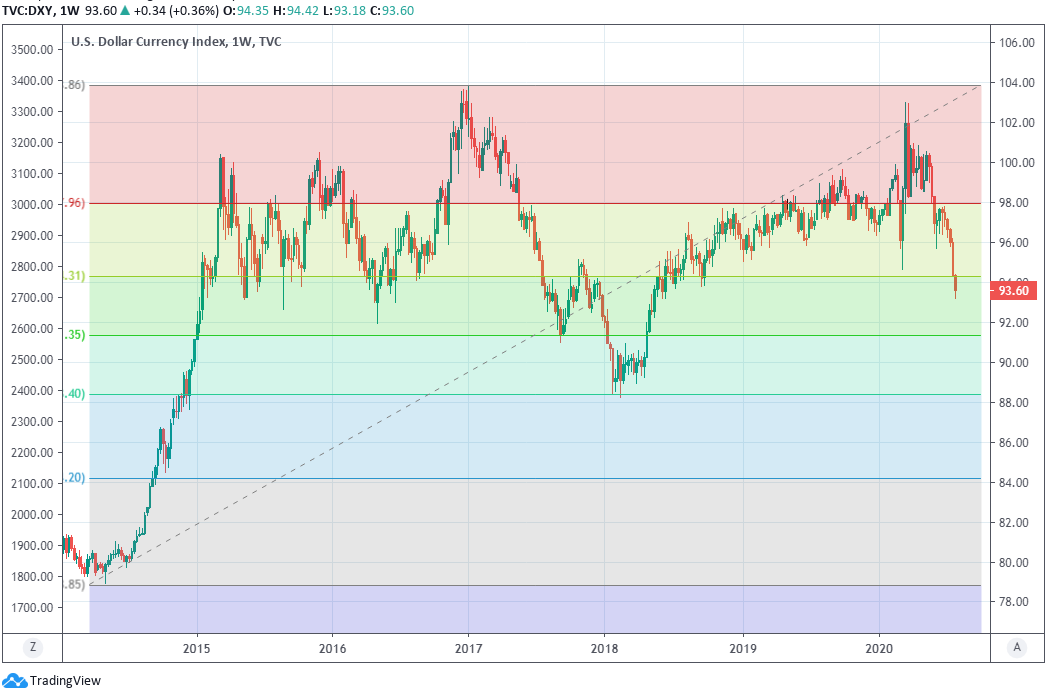 Above: Dollar Index shown at weekly intervals with Fibonacci retracements on 2014-to-2020 uptrend.

"The recent fall below closely watched technical levels has sparked a wave of eulogies, with the end of USD exceptionalism on everyone’s lips. While we agree there is some risk that the USD will weaken a bit more this year, we think talk of its death is premature," says Daniel Been, head of FX research at ANZ. "As the preferred currency of exchange and source of the world’s safest bond market, remain intact. In the near term, though, the huge wave of global central bank liquidity and an ample supply of USD in the global financial system will mean that short of a huge growth shock, the USD looks cyclically vulnerable."

In March Washington put together a $2 trillion bipartisan aid package that afforded an additional $600 per week to each idled worker on top of state benefits as the coronavirus closed down the economy and the Fed obliged with a $2.3 trillion expansion of its balance sheet that helped take total assets above $7 trillion for the first time, and from only $4.2 trillion at the beginning of March.

A vast expansion of the supply of Dollars on the market and a more badly damaged U.S. economy whose recovery prospects are endangered by an ongoing wave of coronavirus infections have both made the once-runaway U.S. currency less attractive to investors. Meanwhile, signs of earlier and faster economic recoveries elsewhere have given investors alternative options to the Dollar, which has fallen heavily against all major currencies in recent months.

"The economic recovery has recently lost momentum in the wake of the sharp rise in the number of new infections. At the same time, Congress has yet to reach an agreement on whether and in what form to extend the extra unemployment benefits that will end this week. In Spain, infection rates continue to rise significantly. France and Germany also report rising numbers of new infections," says Bernd Weidensteiner, an economist at Commerzbank. 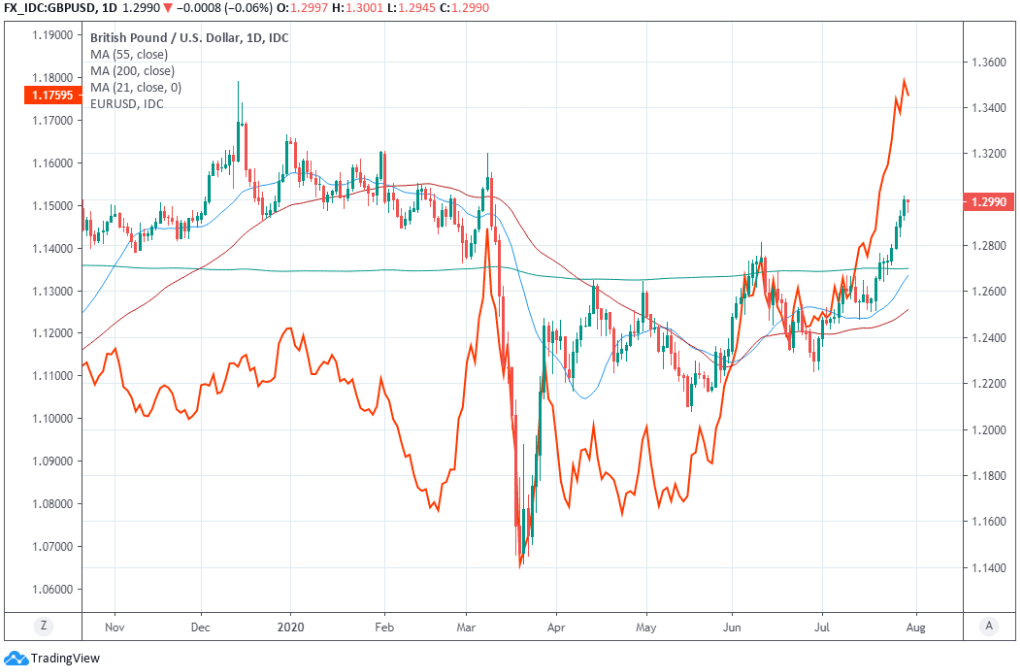