- But USD index rises amid gains over JPY and CHF.

- EUR, AUD and others seen remaining in familiar ranges.

The Dollar could remain 'stronger for longer' as markets await the crystalisation of the coronavirus outbreak's impact on Chinese and global growth.

"We will likely have to adjust our Q1 USD forecasts higher given the likelihood of some hit to global growth, in particular growth in Asia, which has a greater knock-on impact on Europe than the U.S.. However, further out we maintain our view of renewed Dollar weakness," says Lee Hardman, a currency analyst at MUFG in a recent note to clients.

The Dollar has trended higher against major rivals amid an ongoing U.S. economic outperformance and lower expectations for global growth.

Consensus had looked at the turn of the year for a slow but steady turn lower in the Dollar as economies outside of the U.S. stabilise, the Federal Reserve (Fed) softens its interest rate stance further and as uncertainty builds ahead of the November presidential election.

But with China's economy at a standstill a key pillar of the anticipated rebound has been brought crashing down and the fledgling recovery in the manufacturing-intensive European economies is now in doubt.

European economies suffered over the last two years as the U.S. and China traded blows in a tariff fight that badly wounded the global manufacturing sector, although  January's 'phase one deal' between the two had given investors hope that the Transatlantic growth divergence would soon come to an end.

The Dollar is expected to remain resilient unless the European economies can close the growth gap, likely keeping other currencies iin familiar ranges.

"Let’s remain realistic: as long as the corona virus is putting pressure on market sentiment in general - and in particular in Asia - the AUD is unlikely to be able to record sustainable gains," says Antje Praefcke, an analyst at Commerzbank. "EUR/USD will continue to slowly drift lower all quietly and that it will then suddenly find itself below 1.10 without volatility having risen or anyone finding a sensible explanation for the move."

The U.S. economy grew at an annualised pace of 2.1% in the final quarter, unchanged from the third quarter 2019, official data revealed last week. Meanwhile, the French and Italian economies contracted and the Eurozone economy saw its quarterly expansion slow from 0.2% to 0.1% while the annualised pace of growth was just 1%.

UK figures are not due out until Tuesday 11 February although the economy grew by 0.6% in the 12 months to the end of November. 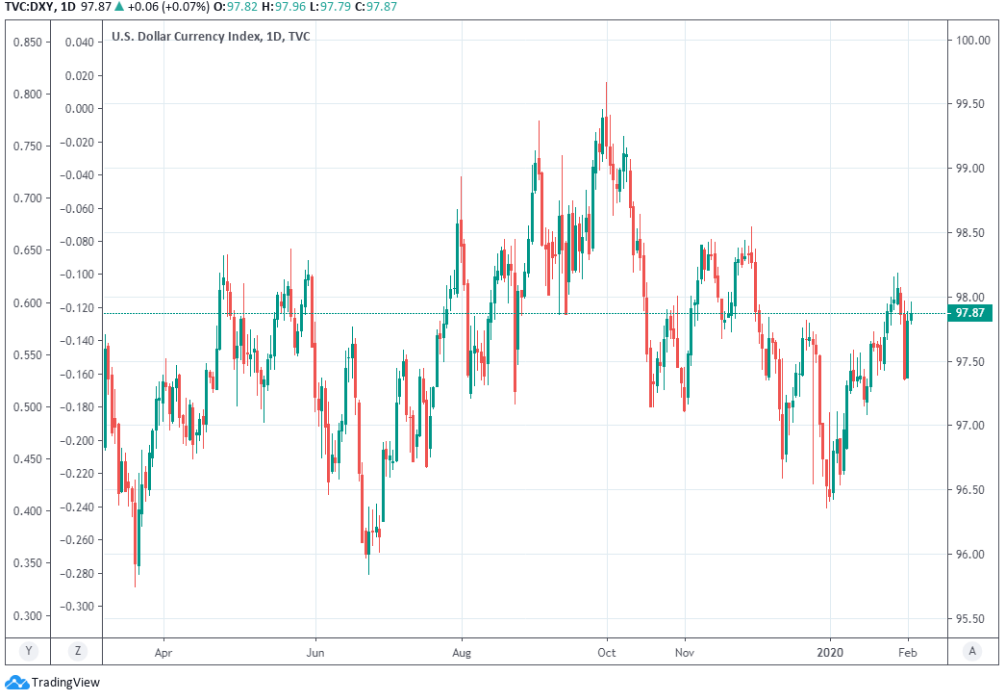 Currencies were trading in a risk-on manner Tuesday, with the Pound, Aussie, and Canadian Dollars all higher against the greenback while the U.S. unit itself won back ground previously lost to the safe-haven Japanese Yen and Swiss Franc as panic over the spread of coronavirus appeared to recede.

Gains over the Yen, Franc and Euro were large enough to offset for the Dollar Index, the impact of losses to the Canadian and British currencies.

Markets are hoping the coronavirus epidemic in China will prove short-lived and that the subsequent return to normal will be quick, which are sentiments that might have been encouraged overnight by the latest declarations from the National Health Commission. Infections were at 20,438 as of midnight Monday, up from 17,205 the previous day, while the number of fatalities rose from 361 to 425, marking a slower rate of increase than that observed in prior days.

"Safe-haven currencies are weaker. The NOK is outperforming its G10 counterparts," says Ned Rumpeltin, European head of macro strategy at TD Securities. "AUD is also stronger after the RBA left policy rates in hold (+0.3% vs USD). USD/CAD trades a touch lower at 1.3280." 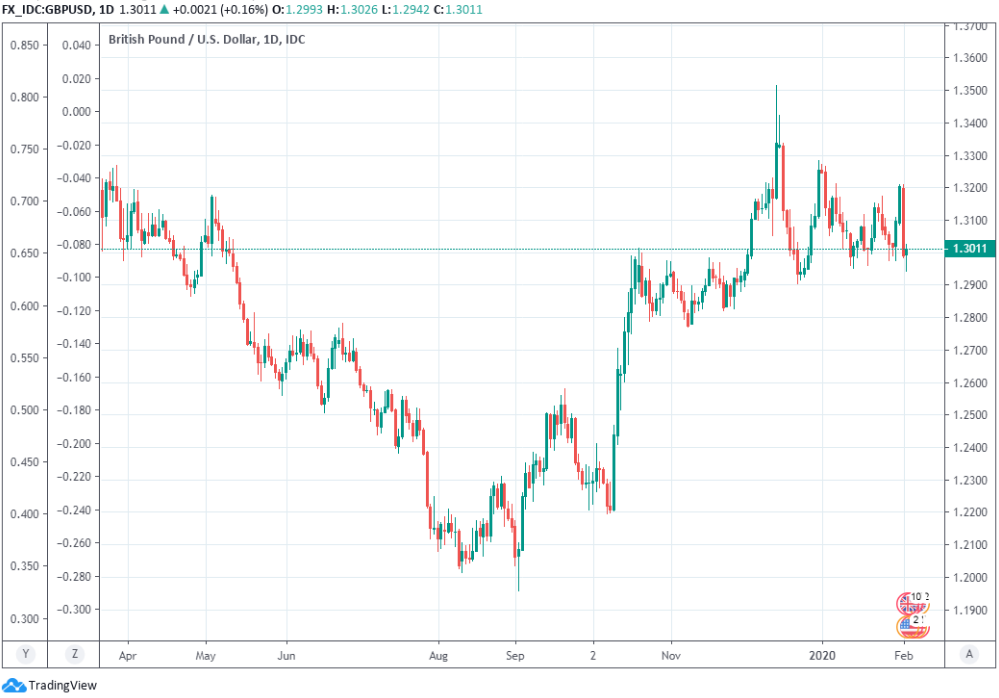 Coronavirus has brought China's economy close to a standstill and there's still uncertainty about how long it will be before authorities have a proper grip on the situation although markets have calmed since the Peoples' Bank of China (PBOC) injected trillions of Yuan into the financial system to ensure adequate liquidity as local investors returned from an extended New Year holiday.

"We have been relying somewhat on data from Worldometer for insight into the spread of Coronavirus. Interestingly, they offer a chart on the number of infections (daily) on linear and logarithmic scales, and the logarithmic scale appears to show a slower pace of infection," says Stephen Gallo, European head of FX strategy at BMO Capital Markets. "We're not saying this is what is driving risk appetite at present, but there has been a notable swing towards "risk-on" across the FX and equity spaces today."

Intervention has helped keep the Yuan and other correlated currencies stable while the ebbing spread of the infection has incited hope that the worst might now be over, although Tuesday's price action has revealed resilient demand for the Dollar even as risk appetite returns to the market. And some say the greenback could remain on its front foot for a while yet as the impact that coronavirus will have on the Chinese and global economies crystalises.

A Chinese government economist said last week that first-quarter growth could slip below 5% on an annualised basis due to the epidemic while the latest speculation is that the official growth target could fall as low as 4.5%-to-5% for the full year. And Goldman Sachs economists estimated Tuesday that global GDP growth could slow by 20 basis points as a result of the outbreak, although these numbers are all contingent upon a swift end to the crisis.