The Pound-to-Dollar rate slumped Tuesday and could be on the brink of further sharp declines if BBC News is correct in its understanding of the latest Brexit developments, which could've just made a 'no deal' departure all but inevitable.

BBC News reported Tuesday that German Chancellor Angela Merkel has told Prime Minister Boris Johnson the price of a Brexit deal will be an agreement to leave Northern Ireland behind in a permanent customs union with the EU.

1. PM spoke to Merkel at 8am this morning - No 10 source says she said there could only be a deal if Northern Ireland stays in Customs Union, if not, then deal is 'overwhelmingly unlikely'

"The comments from the German Chancellor to the Prime Minister that Northern Ireland must remain in the EU customs union forever now reveal the real objective of Dublin and the European Union," says Arlene Foster, leader of the Democratic Unionist Party of Northern Ireland. "The true purpose of the backstop is now in the open for all to see. Those who eagerly supported the backstop as the best of both worlds can now see the error of that assessment. It was neither temporary nor an insurance policy."

Chancellor Merkel's position is not the same as the European Commission although she does he have substantial influence over it. And if such a stance was to be adopted by the EU it would risk forcing Boris Johnson and the Conservative Party to abandon any attempts at negotiating an orderly exit, at least in the short-term, and to begin seeking an explicit mandate from the electorate for a 'no deal' Brexit in an election that many say is now unavoidable. 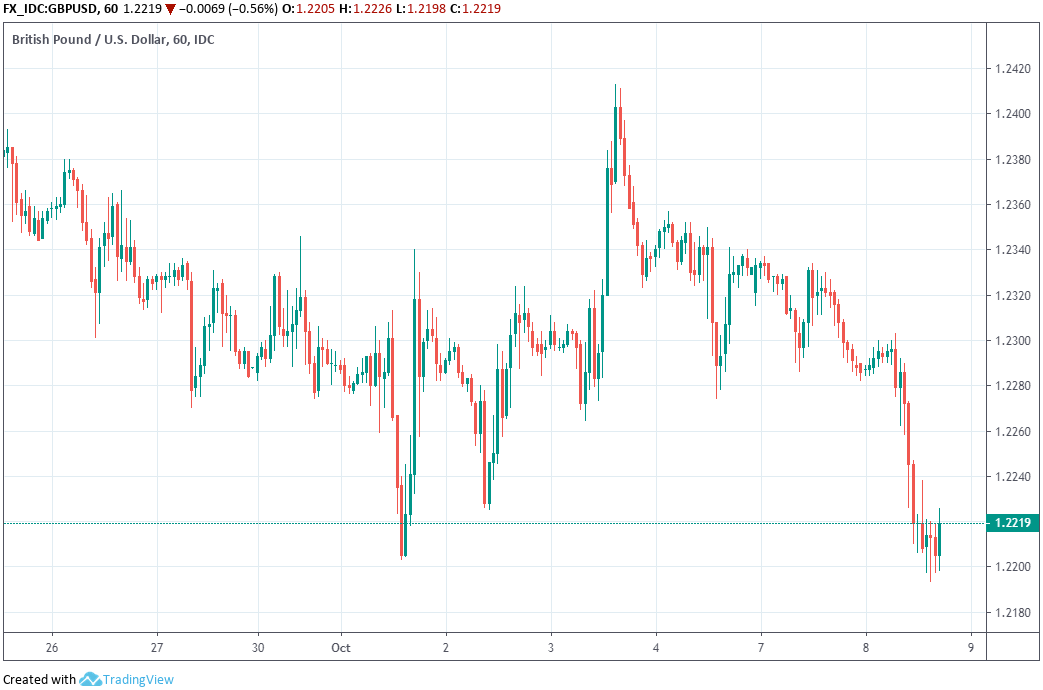 "It looks as if issues concerning Northern Ireland's regulatory alignment, the nature of BoJo's "workaround" for the Irish backstop and continued resistance from the Irish government are the key factors for the impasse," says Stephen Gallo, European head of FX strategy at BMO Capital Markets.

Analysts have long said a 'no deal' Brexit could push the Pound-to-Dollar rate down substantially, with many tipping the 1.10 level, although some forecasters are looking for a low of 1.15  while others have warned of a fall as far as 1.05. Gallo says the exchange rate will likely hit 1.20 in the near future, although he forecasts it at 1.16 by year-end and has been saying for a while that the most likely outcome of the Brexit process is a 'no deal' departure.

Technical analysts at Commerzbank, who study trends and momentum on the charts rather than statements from Westminster and Brussels, have been betting against the Pound for a while now. They say the outlook over the next three weeks is negative and have been betting against Sterling since it was last quoted at 1.2350, although they've not yet assigned a target. That could indicate a strategy to maximise profits in the event of substantial short-term losses.