- 50% market-implied probability of no deal Brexit too high says UBS.

- UBS FX strategists look for no deal to be avoided, 'overweight' GBP.

- But market increasingly fears election, which could also hurt the GBP.

The Pound is significantly undervalued against the Dollar and the probability of a 'no deal' Brexit is lower than the market appears to believe, according to strategists at UBS Global Wealth Management, who've labelled the British currency as a buy.

Sterling fell more than 1.2% against the Dollar last week and by more than 4% for the three months to the beginning of September after Prime Minister Boris moved to suspend parliament from September 12 and until October 14 in what Downing Street says is a legitimate move that has domestic purposes but which critics claim is an attempt to force through a 'no deal' Brexit.

This has left opposition and 'rebel' MPs with even less time to organise their rebellion against a perceived push by the Prime Minister to take the UK out of the EU without a deal on October 31. Johnson has said consistently that he wants the 'Northern Irish backstop' removed from the contentious EU withdrawal agreement struck by his predecessor Theresa May but that the UK will leave the EU irrespective of whether there is such an agreement.

"Sterling has been on the defensive against the US dollar and the euro since the news broke on Wednesday," says Mark Haefele, chief investment officer at UBS. "In our view, the risks of a no-deal Brexit on 31 October have not increased, but the situation should come to to a head sooner. The currency market appears to be pricing a 50% chance of a no-deal Brexit in October, which we consider too high." 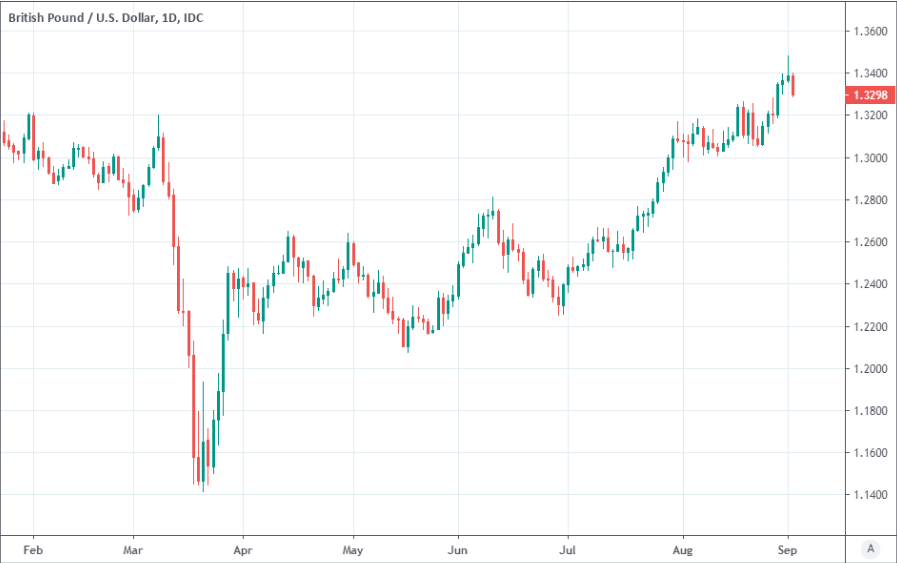 Haefele says the government's push for prorogation is more of an acknowledgement of the threat that could be posed by an organised opposition than anything else, although he does concede that Downing Street has made the task of the opposing side much more arduous with its latest gambit.

After a summer recess of continuous rumours about the odds of a 'no confidence' vote in parliament, and clamour for an immediate general election from MPs across the aisle, the opposition and its allies within the governing party have this week swung behind a different strategy.

Opposition Labour Party Leader Jeremy Corbyn is preparing legislation that is said to have cross party support and that will seek to force Johsnon into requesting another extension of the Article 50 period for an unknown number of months, with the stated purpose being to avoid a 'no deal' Brexit.

The rebels' bill would force the PM to seek a 3 month extension of Brexit until Jan 31st, if there is no new deal passed by Parliament or if Parliament has agreed to no deal by October 19th I'm told

This is part of what leads Haefele and the UBS team to believe a 'no deal' Brexit will be avoided and that Pound Sterling can recover to at least some extent against the Dollar over the coming months.

"The pound is also very undervalued in purchasing power parity terms. In our FX strategy, we overweight the British pound versus the US dollar," Haefele says, advocating a portfolio position that's equivalent to a buy recommendation.

To show our friends in Brussels that we're united in our purpose, MPs should vote with the govt against Corbyn’s pointless delay.

I want everybody to know, there are no circumstances in which I will ask Brussels to delay. We are leaving on 31 Oct, no ifs or buts. ???????? 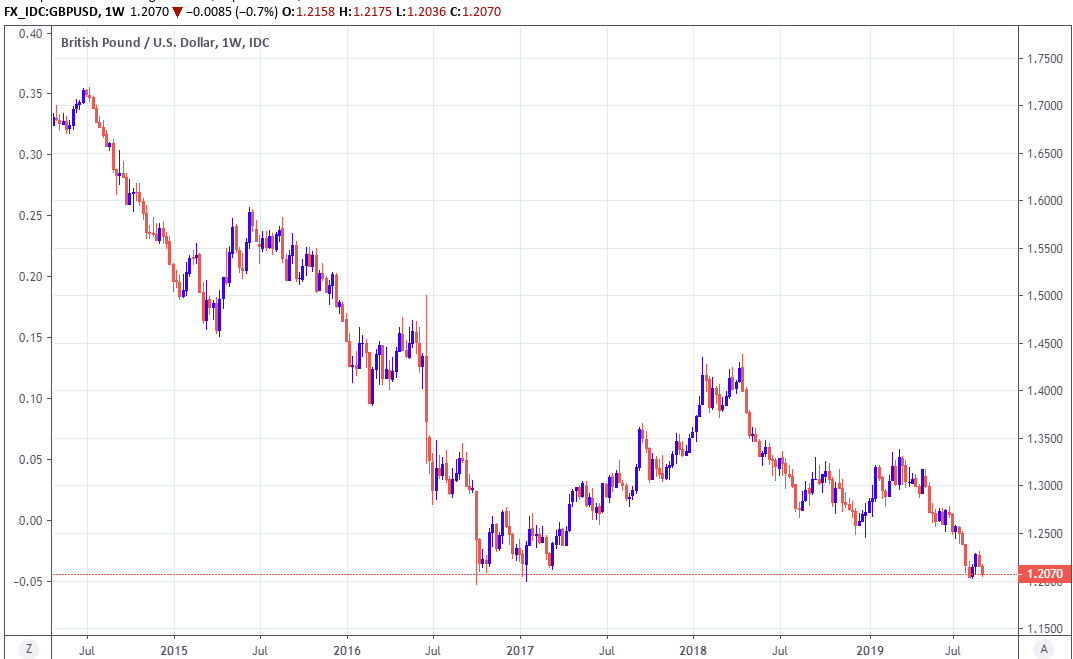 Haefele is optimistic the worst case scenario can be avoided but there are still hurdles littering the path ahead for opponents of the government and not least of all the need for the opposition to secure a parliamentary majority.

The opposition will need votes from at least six Conservative Party MPs as well as votes from members of almost every other party in parliament in order to get the bill through.

There are many more than six Conservative MPs who've stated their willingness to go to great lengths in order to prevent a 'no deal' Brexit but, with the government threatening to withdraw the whip from and to deselect any MP who votes for the bill, there's uncertainty over whether enough of them will back it.

And the risks to Sterling don't simply end with the passing of a bill requiring a mere delay to the Brexit process, because the underlying issues will need to be resolved through an all-but-inevitable general election. Speculation about the odds of an imminent general election has risen this week. Readers can get the latest on that here.

"A series of articles on the “Corbyn Revolution” at the weekend describes Corbyn’s plans for a transformation of UK policy to drive a reduction in inequality and a more or less comprehensive reversal of Thatcher reforms. Interesting to note that his first impulse is not to go after a “People’s QE” and the MMT rout, instead looking to actually fund his platform with new taxes. This opens up a downside path for sterling even from these levels if Boris Johnson’s gambit to deliver Brexit and win the next election fails," warns John Hardy, chief FX strategist at Saxo Bank.