- Cuts not on horizon, minutes show, as 'trade war" also aids the USD.

The Dollar was riding high near the top of the G10 league table Thursday, keeping pressure on the Pound-to-Dollar rate, after minutes from the May Federal Reserve (Fed) meeting further suggested markets might be wrong in betting the U.S. central bank will cut its interest rate before the year is out.

However, the minutes suggested there's also almost no chance of an imminent rate hike either as the minutes clearly state that committee members agreed that combination of "moderate" economic growth and below-target inflation would mean they could be "patient" for "some time" before adjusting rates again.

Interest rate decisions are normally made in relation to the inflation outlook but impact currencies through the push and pull influence they have over international capital flows. Rising rates normally draw bids for a currencies while declining rates drive flows away from them.

This stable outlook is good news for the Dollar because markets have been betting quite heavily of late that the Fed will cut its interest rate before year-end.

"There was wide disagreement on the most likely direction of policy rates after the pause. A few participants think the Committee would likely need to tighten policy, but a few others observed that subdued inflation pointed to remaining slack and could lead to inflation expectations becoming anchored at low levels. In short, they don’t know," says Michael Every, a strategist at Rabobank.

A slowing global economy and Federal Reserve interest rate that is 1% higher than its closest G10 rival could be the only things stood between the safe-haven Dollar and much lower levels, given how analysts have relentlessly forecast downturn for the U.S. currency this year.

However, with the top end of the Fed Funds rate set at 2.5% and the nearest G10 rival offering a cash rate of only 1.5%, which the market also expects to go lower over the coming months, the Dollar has proven resilient in the face of speculation that have brought about steep losses in other circumstances.

Many analysts now say that an actual rate cut from the Fed, as well as signs that other central banks around the world are coming closer to lifting their interest rates, will be necessary for the Dollar index to meaningfully decline from near multi-year highs.

Furthermore, risk-aversion following this month's escalation in the U.S.-China trade war is also propping up the Dollar. President Donald Trump has lifted from 10% to 25% the tariff charged on $200 bn of imports from China.

That was in response to China allegedly backtracking on commitments made earlier in negotiations aimed at addressing its "unfair trade practices". President Trump is now threatening to impose a 25% tariff on all of China's remaining exports to the U.S., which clock up to roughly another $300 bn each year.

"Given the unresolved trade war and challenges still faced in Europe, it’s hard to argue with the dollar holding onto gains – though we do still worry that Chinese retaliation could hit US equities at some point. There’s little US data today and instead the focus today will be on European politics and the May PMIs. DXY looks set to nudge to the highest levels of the year near term above 98.33," Turner says

However, and as much as Dollar strength has been a significant source of downward pressure on the Pound-to-Dollar rate, it's not the only factor to have driven the British currency close to it's December low relative to its U.S. rival. 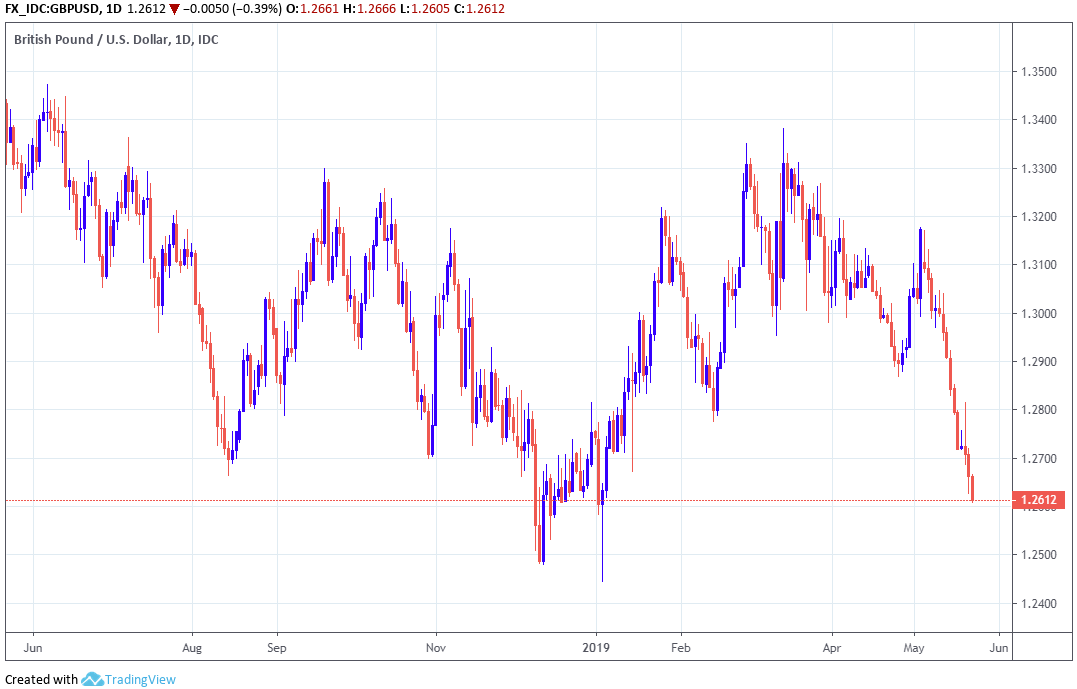 The Pound has been under the cosh this last week as calls for the resignation of Prime Minister Theresa May grow louder ahead of a fourth vote on her EU withdrawal proposals scheduled for the week of June 03.

Leadsome says PM May's Tuesday pitch aimed at securing opposition votes for her EU withdrawal agreement puts deliver of the 2016 referendum result in further doubt, although her resignation is raising fears about the possible collapse of the government. 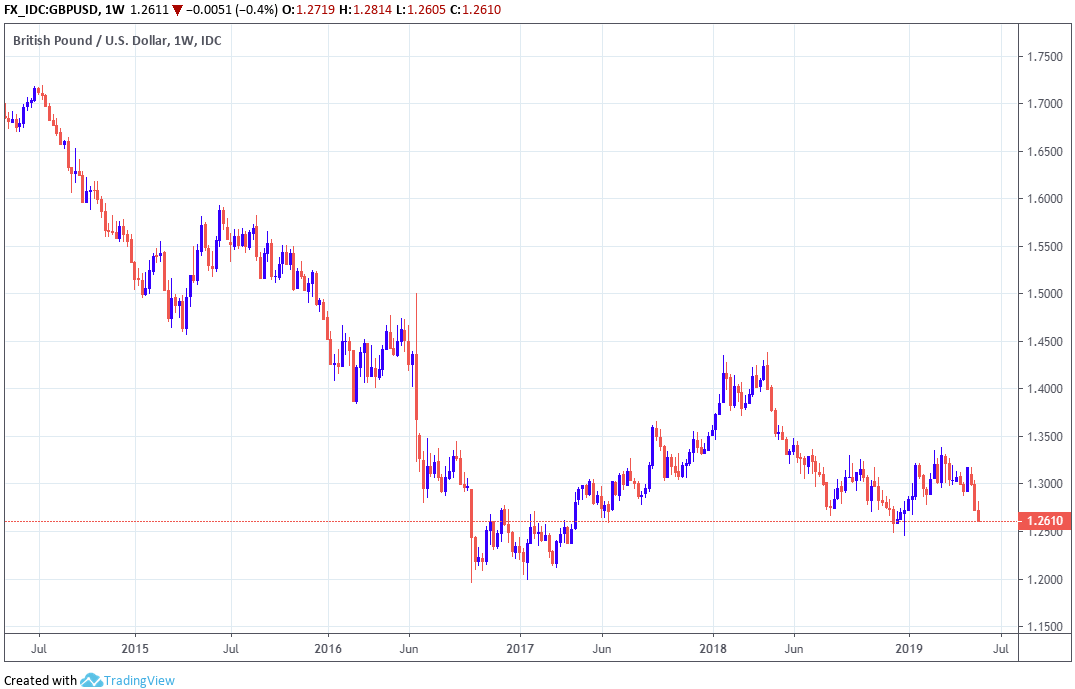 Sterling's May losses have now seen the British currency cede its earlier crown as the G10 world's best performer in 2019 back to the Canadian Dollar.

The catalyst for this week's sell-off was the PM's decision to offer opposition MPs an opportunity to force a further Brexit referendum and to dictate the terms of the future UK-EU customs relationship if they support a bill aimed at ratifying her EU withdrawal agreement.

The pitch to Jeremy Corbyn's opposition Labour Party has so-far gone down like a cup of cold sick on the Conservative Party backbenches and risks seeing the PM lose even more of her own MPs than she gains from the opposition on the fourth attempt at securing a majority for the withdrawal treaty.

Further losses are a risk because an eviction of PM May from 10 Downing Street risks handing Brexit supporters control over the Brexit process, as the Conservative Party membership strongly supported an EU exit in the referendum and have been up in arms this year over May's Brexit proposals.