- But barely three weeks in, Q2 and the USD crown are still to play for.

The greenback extended gains in a risk-off market Thursday, forcing the Pound-to-Dollar rate to test a key downside level, after March retail sales surprised on the upside following a deluge of negative economic numbers from Europe during the morning session.

U.S retail sales rose 1.6% last month, more than reversing a -0.2% fall from February and smashing what was already a bullish market consensus for an increase of 0.9%. Total sales were up 2.9% when the first-quarter overall is compared with the same period one year ago.

Core retail sales, which exclude car purchases because of their distorting impact on underlying trends, rose 1.2% when markets were looking for just a 0.7% gain. That also more than reverses a -0.4% decline from the previous month.

"Americans opened their wallets by more than expected in March, as retail sales grew by 1.6%. That was bolstered by a rise in receipts at the pump, reflecting higher gas prices, along with a rise in auto sales. The control group grew by an impressive 1% following a disappointing previous month," says Katherine Judge, an economist at CIBC Capital Markets. "While we still expect real consumer spending to decelerate over the remainder of the year, rising wages and a strong labor market should provide ammunition for continued spending." 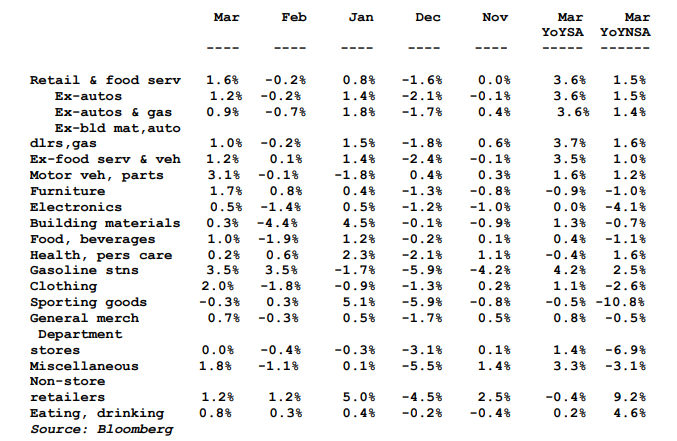 "The USD is stronger on the positive surprise, however, the impact was tempered in fixed income markets by the fact that the data simply represent a rebound from previous weakness and weren’t enough to see volumes advance in Q1," Judge says.

Markets care about retail sales figures because they reflect rising and falling demand within an economy, which is key to the outlook for the consumer price pressures that central banks are attempting to manipulate when they tinker with interest rates.

"Overall, the retail sales figures add to the slightly more positive tone of the recent data and provide some comfort that the economy isn’t falling off a cliff. But they don’t change our view that the fading of the fiscal boost and the lagged impact of the Fed’s monetary tightening will push GDP growth below its 2% potential pace over the coming quarters," says Andrew Hunter, an economist at Capital Economics.

An anticipated divergence in growth between the U.S. and rest-of-world economy is the starting assumption that underpins the bearish consensus view on the Dollar this year. The Dollar index converted a -4% first quarter loss into around a 4% gain last year following the tax cuts implemented in January 2018.

Consensus is that a U.S. slowdown will simply encourage the market to be on Federal Reserve rate cuts at a time when a recovery elsewhere is stoking hope of an eventual European Central Bank (ECB) rate hike. This is why Thursday's data is of increased importance to the Dollar as well as the Pound-to-Dollar rate. 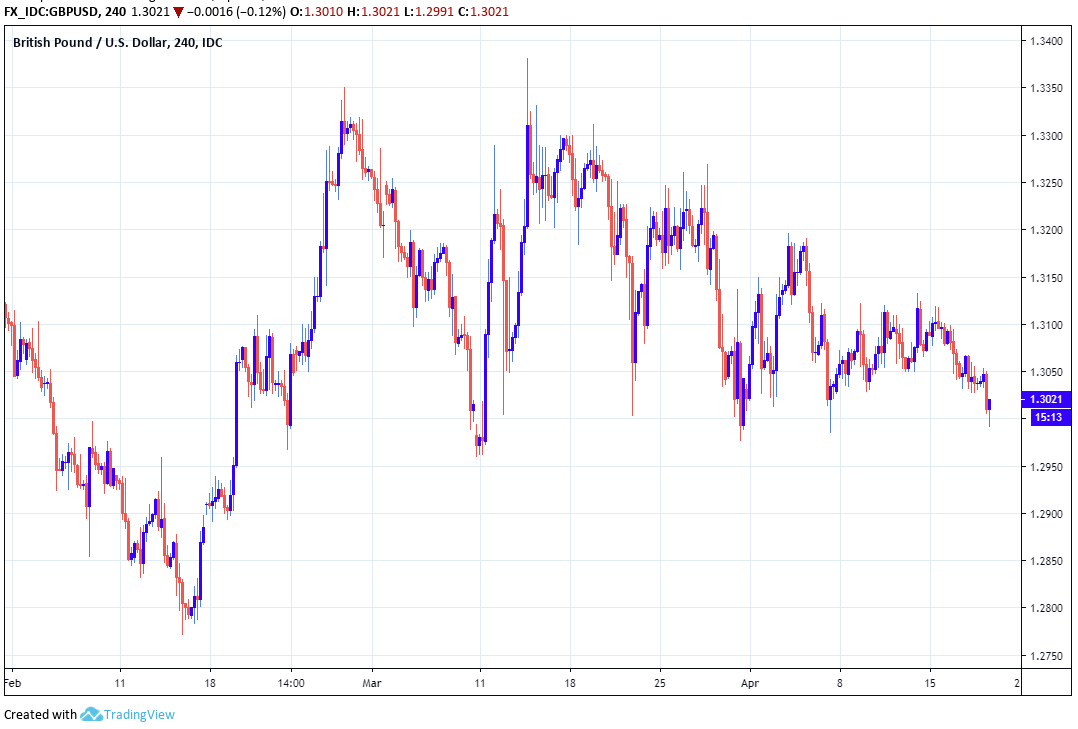 "Support area around the psychological level of 1.30 is also crucial to watch," writes Piotr Matys, a strategist at Rabobank. "While it was pierced on a few occasions since early March on an intraday basis, GBP/USD has not closed below the 1.30 threshold since early February. Therefore, a break lower would be a strong bearish signal." 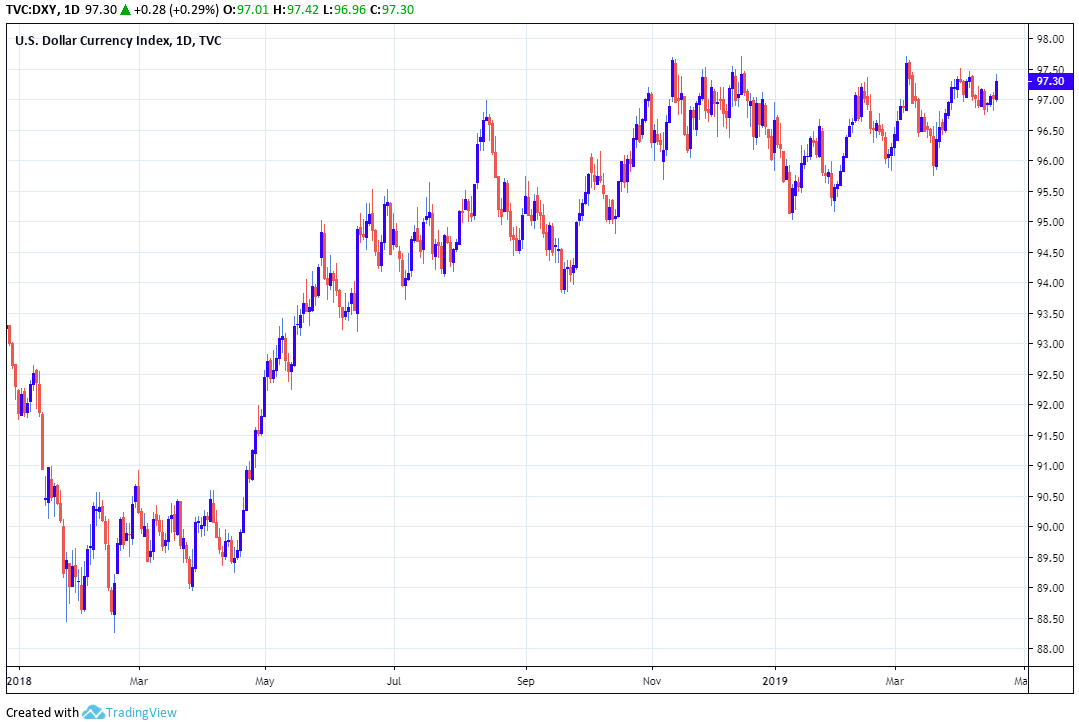 "Given what came out of Europe this morning, FX investors will trade EURUSD from the perspectives of either “economic divergence” or “economic convergence”. But with a strong “divergence trade” to close out the week, 1.1200 is still unlikely to break on the downside just yet. Rallies north of 1.1300 should still be sold in our view,"  says Stephen Gallo, European head of FX strategy at BMO Capital Markets. 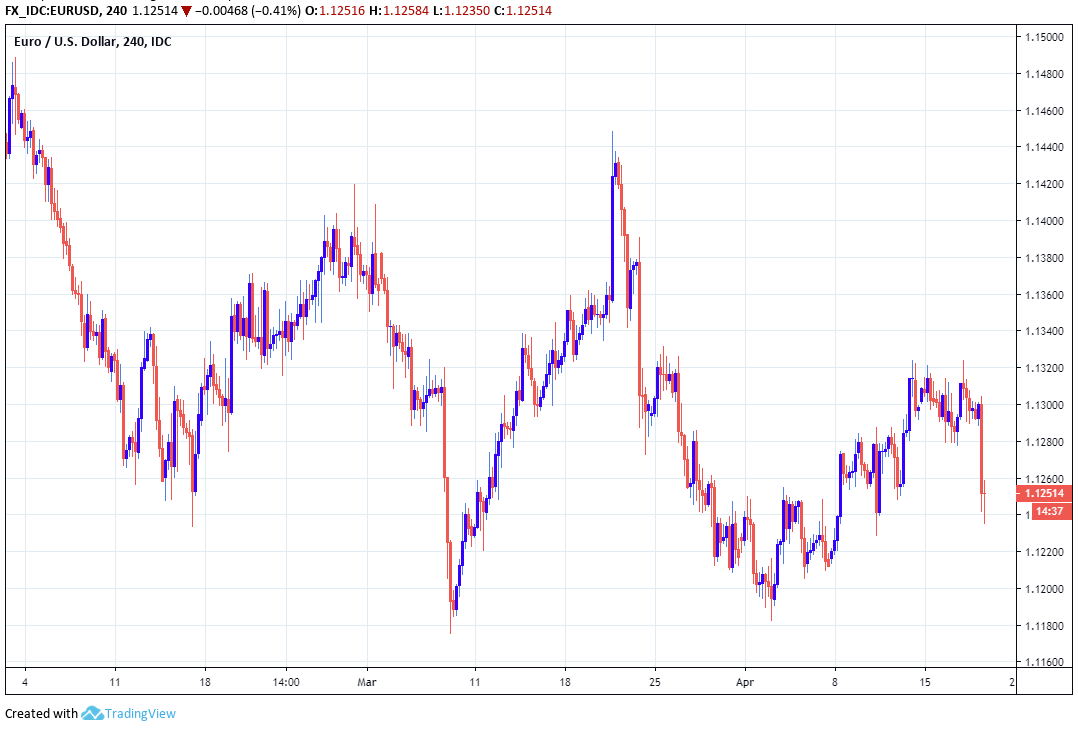 "The stimulus-induced (dare we say artificial) bounce in China’s data has yet to feed through into the Eurozone economic picture. This positive feedback loop could still materialize – it would be foolish to completely rule it out – but we live in a world where it’s worth questioning the strength of that feedback loop, especially since China’s stimulus has not been all that big," says BMO's Gallo. "What is pretty clear to us is that some investors were long EURUSD into this morning’s data thinking the results would be stronger."

Office for National Statistics data took the market by surprise Thursday when it showed UK consumers spending heavily during March but the Pound has so-far been prevented from capitalising on those numbers.

And other data suggested simultaneously that the larger Eurozone economy likely struggled at the beginning of the second-quarter, hurting the Euro during the morning session.

Federal Reserve rate setters moved to the sidelines in January after an economic slowdown in Europe and China, as well as volatility in emerging world financial markets, stoked concerns about the U.S. economic and inflation outlook. Now many say the U.S. economy appears to be slowing.

Industrial data released this week suggests the consensus for  GDP growth of 1.5% in the U.S. during the first quarter is under threat, which is another reason Thursday's retail figures came in for such scrutiny, because they could have meant the Dollar is in danger of a turn lower over the coming weeks.

"We think the broad USD has peaked and should begin declining soon. There are signs that the global economy is not only stabilizing but rebounding are growing, as seen in China PMIs and global trade volumes. Meanwhile US data continue to soften and US nominal and real yields remain under pressure," says a recent note from Morgan Stanley, in a typical expression of the Dollar consensus. "DXY faces resistance at the previous high of 97.10."

The Dollar would certainly be in danger if the market continues buying the narrative that "green shoots of recovery" are really appearing elsewhere, and if the U.S. economy goes on slowing. However, the disappointing Eurozone data released on Thursday may have put that narrative on ice for the time being.

It will be the end of August before advanced economies have reported official growth figures for the second quarter, and those are what's needed for markets to be certain whether growth in the U.S. and rest-of-world economies will have diverged. Most economies are expected to have slowed in the first quarter.

"Relative growth differentials and sentiment have dictated terms in global FX markets this month," says Elliot Clarke, an economist at Westpac, in a recent note to clients. "US growth outperformance, both with respect to potential and against key trading partners such as Europe, is central to this US dollar rally."