- Fed a handful of inflation prints away from majority backing more hikes.

The Dollar traded buoyantly on Thursday after minutes from the Federal Reserve's (Fed) January meeting suggested some policymakers are still keen to raise interest rates this year, seemingly contradicting the market's view that rates are already as high as they're likely to go.

"Many" Federal Open Market Committee members said in January's meeting that it's "not clear" what how many interest rate rises might be necessary in 2019, given slower economic growth overseas, widespread and severe financial market volatility across the globe as well as a fall in U.S. consumer confidence.

That is more or less the message that was already explained by the Fed in January when it said rate setters would be "patient" before lifting U.S. borrowing costs this year, which led markets to go from betting on a slower pace of rate hikes in 2019 to speculating the Fed would cut rates early in 2020.

However, Wednesday's minutes provided additional clarity around exactly what that might mean for monetary policy up ahead and it turns out the outlook is not quite as dire as financial markets had come to believe, which could explain the Dollar's buoyant performance on Thursday.

"Several participants" said at the January meeting they thought it would only be appropriate to raise rates again this year if actual inflation outcomes were higher than those implied by the Fed's latest forecasts.

This means a minority of the 12-man rate setting committee will be happy to lift borrowing costs if upward inflation pressures remain as resilient as they have been in recent quarters. However, "several other participants" said if the economy performs in line with their current expectations in 2019, they will certainly vote to raise rates further.

"While that's not exactly a resounding consensus, it is slightly more hawkish than market discussions recently," says Royce Mendes, an economist at CIBC Capital Markets. "Overall, investors are reacting to the ever-so slightly hawkish tilt of several members, bidding up the greenback and pushing yields at the short-end a little bit higher."

Wednesday's minutes show the Fed is potentially only a handful of inflation readings away from an FOMC majority that would favour stepping back on the gas and raising the Federal Funds rate range even further from its current 2.25%-to-2.50% level.

The Fed projected back in December the personal-consumption-expenditures price index (PCE inflation) would average 2% during the 2019 year, up from 1.9% in 2018. CIBC economists say that measure will remain "close to 2%" so long as core inflation is above the 2% level.

"There still appears to be a preference to raise rates further if various uncertainties clear up. The potential need to reassess “patient” in the future was discussed which was seen as a more hawkish development. Overall, the minutes do not change our view that the Fed will keep rates on hold at least through the first half of this year," says Lee Hardman, an analyst at MUFG. 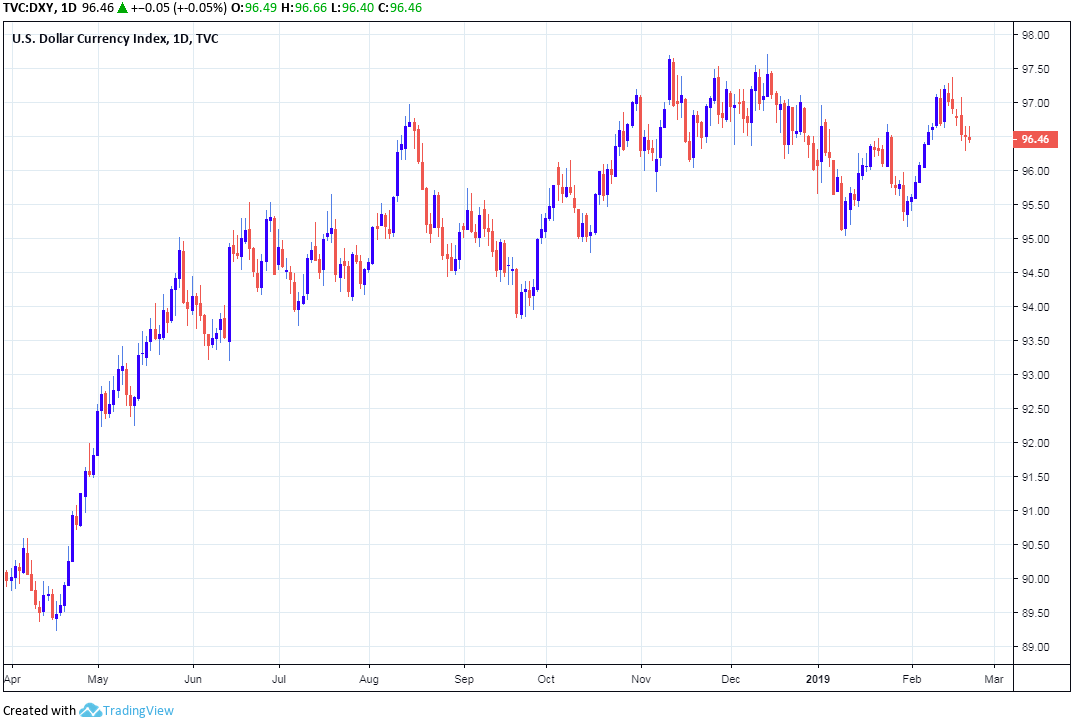 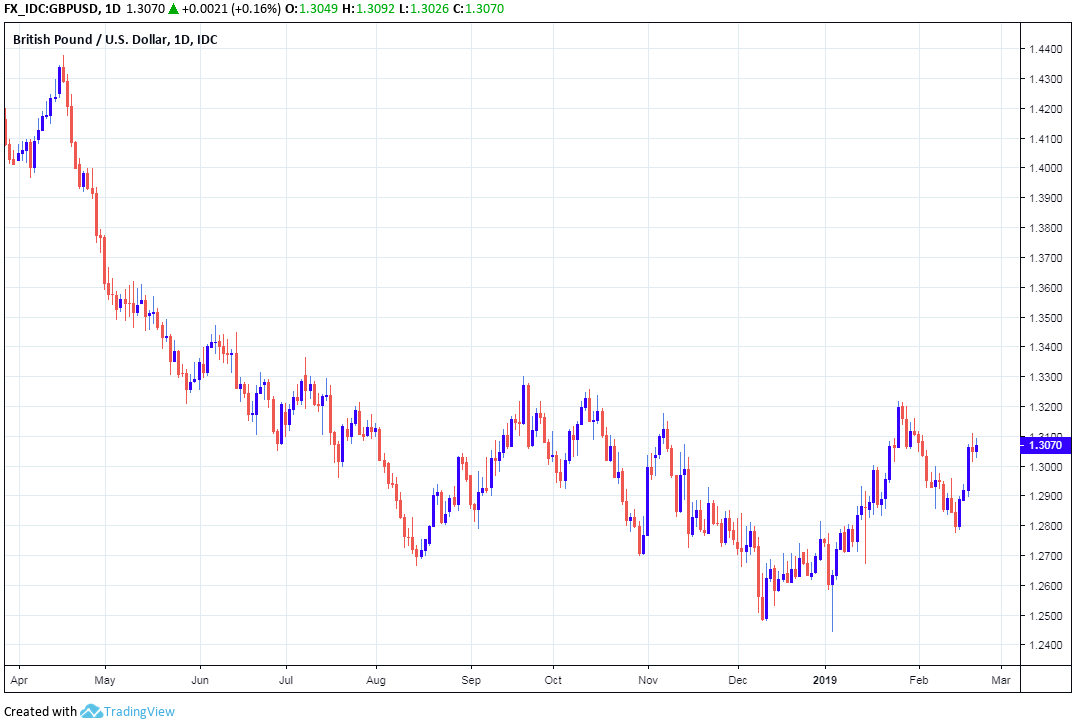 A slowdown in both Chinese and Eurozone economies late last year, combined with financial instability across riskier and more vulnerable emerging markets, was behind the Fed's January decision to move itself to the sidelines of the global monetary policy field.

It said at the time policymakers would like a grace period in which they can assess the condition of the global economy and the impact any deceleration of growth overseas would have on the U.S. economic and inflation outlooks.

Interest rate decisions are normally only made in relation to the inflation outlook but impact currencies because of the influence they have over international capital flows and the opportunity they provide to short-term speculators.

Mounting inflation pressures that threaten to see consumer prices breach a statutory target tend to be met with higher interest rates, but economic momentum is an important determinant of inflation.

The Fed has raised rates nine times since late 2015, with nearly half of those hikes delivered in 2018 as other central banks sat on their hands, which helped the Dollar swap a -4% first-quarter loss for a 5% 2018 gain.

"Almost all participants thought that it would be desirable to announce before too long a plan to stop reducing the Federal Reserve’s asset holdings later this year," the Fed minutes say.

Fed officials were also said by The Wall Street Journal in January to be contemplating a more laid back approach to the "normalisation" of the bank's balance sheet, which swelled from around $900 bn to more than $4.5 trillion during the quantitative easing (QE) years that followed the financial crisis.

The QE programme was shuttered a long time ago but it wasn't until the middle of 2017 the central bank stopped reinvesting the money it gets from the federal government each time an acquired bond on its balance sheet reaches maturity.

Those earlier reinvestments had ensured a steady and already-expanded supply of Dollars was drip fed back into the U.S. and international financial systems. However, the decision to stop reinvesting the proceeds of maturing bonds has since created a shortage of Dollars on international markets.

Wednesday's minutes showed clearly that policymakers are now taking the market's concerns about balance sheet reduction seriously, hinting strongly that the process could be brought to an early end later this year and confirming the January story from The Wall Street Journal.

"We are braced for more short-term USD weakness, but our overwhelming bias is to look for better levels to get long again (particularly vs the EUR and the RMB).  If the Fed is aiming for a reduction in quantitative tightening, it will be first and foremost because of a weak global picture, which will likely see other central banks easing their policy stances too," says Stepehn Gallo, European head of FX strategy at BMO Capital Markets.