- USD is losing its attraction as a safe-haven asset for investors.
- Investors now favour alternatives like the Yen and Swiss Franc.
- USD's fortunes are highly correlated with the U.S. stock market.

Investors are beginning to favour alternative safe-haven currencies such as the Yen and Swiss Franc rather than the U.S. Dollar, according to analysts at Rabobank.

The recent sell-off in U.S. stock markets at the start of October was accompanied by a rise in the Yen and the Swiss Franc as well as a decline in the Dollar, suggesting a change of roles.

This stands in contrast to price action during the recent emerging market (EM) crisis when the Dollar was the haven of choice, rising as investors out of the developing world and into U.S. assets.

One reason for the Dollar's fall from grace is that its fundamentals do not look as attractive to investors as they did only a few months ago. Foley says the U.S.' "twin-deficits" make the Dollar an unsuitable safe-haven but that it was supported as such by a "strong U.S. growth story" until quite recently.

"If you look at the really big picture I would always argue whether the Dollar is a proper safe-haven, after all, it has got a chronic current account deficit, there is a budget deficit as well," says Foley. "I think the question now is whether that strong US growth story has ended or whether or not what we have just seen is just a little correction in a bull market."

U.S. stocks have fallen of late due to fears that Federal Reserve interest rate policy will lead to a slowdown in growth, but the stock market is a significant indicator of the Dollar's performance as both have been highly correlated of late.

"This week's results from the stock sector will be really quite important because they were good on Friday, and if they continue to be good it is going to be quite difficult to carry on selling US stocks, and that would mean what we have just seen is a blip in a bull market," Foley says.

Stock markets fell on Wednesday after shares in IBM declined due to a disappointing earnings report, snapping a run of strong positive results for blue-chip companies.

Poor housing data also weighed on Home Depot and home builders' shares but, as the day progressed, markets recovered and were actually trading higher at the time of writing.

This followed a much stronger recovery on Tuesday, also led by good earnings results, which saw the S&P 500 index trading back up at 2,816. Although this is still some way off from the 2940 October 3 pre-slump highs.

Commentators are still not sure whether the rebound yesterday has 'legs' or is just a dead-cat bounce. 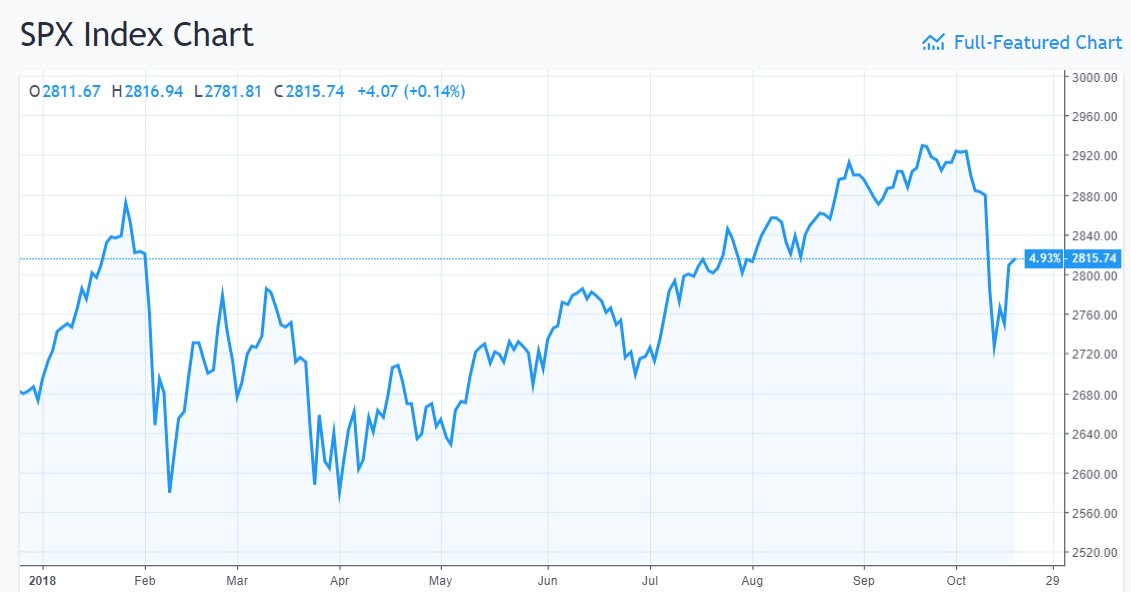 A more sustained recovery for U.S. stocks would encourage a further strong performance from the Dollar, according to Foley, but the next time markets wobble the Dollar may weaken and the Japanese Yen would be likely to rise.

In other words, price action in the U.S. stock market will also determine the trajectory of the USD/JPY rate, which is at a pivotal 'make-or-break' level after falling to a trendline at 111.90 during recent days.

If the exchange rate breaks below the trendline highlighted on the below chart, it will signal a change in the short-term trend and more downside to come, leading the market down toward a target at 111.10. Confirmation of a break would come from a move below the 111.62 lows. 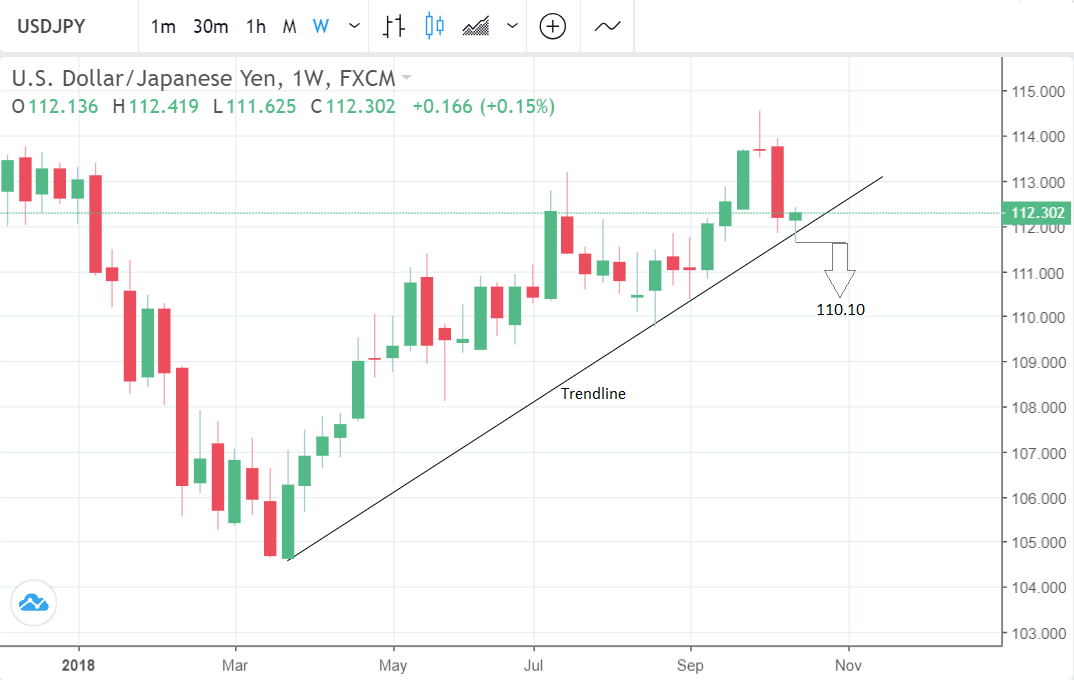