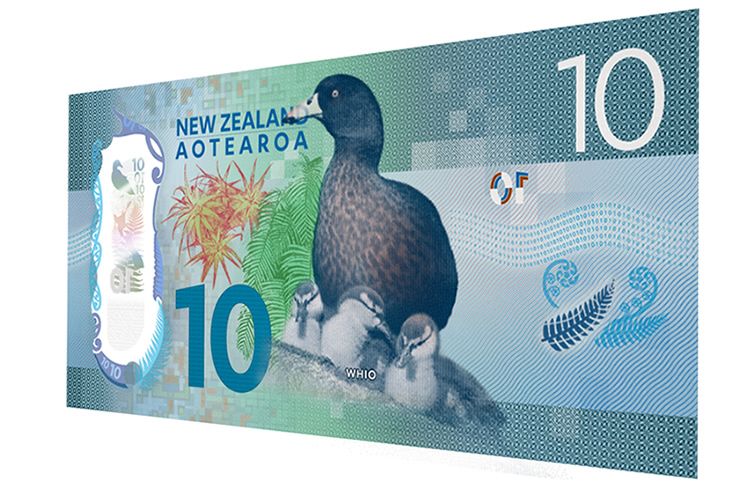 Government policy means RBNZ inflation forecasts are rising, while Australian price pressures are waning. One strategist suggests betting on a fall in the AUD/NZD rate.

The New Zealand Dollar weakened again in London Friday but some strategists are now calling the Kiwi currency "oversold" and suggesting it could conspire with bond-market pricing to push higher against the Australian Dollar and the US Dollar during the weeks ahead.

“Comments by New Zealand Finance Minister Grant Robertson weighted a bit on NZD,” says Elias Haddad, a senior currency strategist at Commonwealth Bank of Australia. “Robertson highlighted that one impact of a dual RBNZ mandate could result in looser monetary policy in some situations.”

New Zealand's coalition government is reviewing the RBNZ mandate after campaigning in September's election on a pledge to reform the bank. It wants to incorporate an obligation to foster full-employment into the mandate, alongside the bank's inflation target, leading currency markets to fear a period of lower-for-longer interest rates.

“Over the longer term, the central bank doesn’t choose rates so much as the performance of the economy and markets do," says Ben Jarman, a strategist at JPMorgan, in a recent note. "In this way the dual mandate could matter most through an effect on inflation risk premia."

Economists are growing dismissive of the idea a dual mandate would mean lower rates than under the single mandate regime, with some seeing full-employment as a necessary step to achieving inflation targets in the current environment, while others view central banks as mere passengers on the interest rate wagon.

“Commodity currencies, including the AUD, NZD and CAD will find support from a stimulatory U.S. tax package that strengthens both the U.S. and global economy,” says Haddad, turning to the months ahead. “As a result of firm global growth, we are still likely to see AUD, NZD and CAD out-perform vis-à-vis the major European currencies.”

An agreeable US tax-reform bill remains some way off still but, in the interim, Haddad and other strategists see scope for the NZD/USD pair to rise from oversold levels and for the AUD/NZD to fall as recent price action in bond markets asserts itself over exchange rates.

“Given niggling doubts surrounding the USD, recourse to the currency crosses has its attractions, and one cross worth a look is AUD/NZD - or ‘Kylie’ as it is affectionately known in the UK,” says Neil Mellor, a senior currency strategist at BNY Mellon.

The Reserve Bank of New Zealand said in its November interest rate statement, policies of the newly elected Labour and New Zealand First coalition government amount to more “fiscal stimulus” than the bank had incorporated into its earlier inflation forecasts.

“Aside from a stellar Q3 employment report which affirmed the economy’s solid standing, one or two developments have brought the NZD back from its lows,” Mellor notes.

The RBNZ brought its projection for an initial interest rate hike forward into the second quarter of 2019, earlier this week, citing changes to its inflation outlook.

“As the market has inferred a slightly higher profile for the Official Cash Rate over the Bank’s (RBNZ) forecast horizons,” Mellor says, noting recent price action in the bond market. “What we have here is the opportunity for a near-term move to the downside in AUD/NZD on the basis of policy divergence.”

The RBNZ now forecasts a return to the midpoint of its inflation target-range as soon as the second quarter of 2018 while, Friday, the Reserve Bank of Australia reduced its own inflation forecasts and was seen signalling to markets that an interest rate rise remains some way off in the distance.

“Does this make the trade a no-brainer? Far from it,” Mellor writes, in a note Friday. “Recent AUD weakness has in part reflected political issues upon which dust is now settling; there may yet be a tussle over the RBNZ's new mandate and, yesterday, the RBNZ's John McDermott suggested that the Bank would still like to see the currency fall further.”

Recent comments by finance minister Grant Robertson and other NZ politicians throughout the election cycle demonstrate the risks posed by officials those holding out for a stronger Kiwi Dollar.

“This point cannot be ignored – the RBNZ is hardly reticent about its designs on competitiveness,” warns Mellor.

Currency strength is rarely welcomed by policymakers and both of the Antipodean central banks have past form for trying to talk down the Kiwi and Aussie Dollars.

“Nevertheless, in a world of fine margins for yield enhancement, the RBNZ’s shift in outlook could have just opened the door for [AUD/NZD] Kylie to regress further from the top of its three year range,” Mellor proffers. “A close below the March high at 1.1019 would go some way to corroborating this view.”

The New Zealand Dollar can continue to rise owing to May's surprising shift in stance at the Reserve Bank of New Zealand according to Wall Street investment bank JP Morgan, but the FX research team at Barclays tell their clients they are expecting weakness in the currency over coming days.