The New Zealand Dollar was tipped again on Thursday to achieve new three-year highs ahead of year-end, but will now be aided in its advance by Wellington's increasingly apparent opposition to the Reserve Bank of New Zealand's (RBNZ) flirtation with a negative interest rate policy.

New Zealand's Dollar lagged behind only the Norwegian Krone and Swedish Krona in the developed world currency space on Thursday while advancing on all major emerging market rivals, aided by upbeat sentiment among international investors and further favourable developments on the interest rate front.

This was after Finance Minister Grant Robertson told Bloomberg News that strength in the Kiwi is "a function of the strength of the economy and the way people view us," before saying the economy is "significantly stronger" than it was earlier this year when asked whether it would be appropriate for the RBNZ to cut interest rates below zero.

"NZDUSD jumped about 30 pips on the comment and printed a new 32-month high. We're targeting a move to 0.75 in this pair, though we might look to lock in a portion of recent NZD gains as profit ahead of year-end," says Stephen Gallo, European head of FX strategy at BMO Capital Markets.

BMO forecasts a 2021 NZD/USD rally to 0.75, which would be a three-year high, although others including Westpac see it reaching 0.72 by year-end which would be its highest level for 32 months.

At the centre of Bloomberg's questions and Robertson's answers is a conflict of interest between government and central bank, as well as exporters and New Zealand's would-be-first-time homebuyers.

The interview came amid a public spat that saw Robertson's Treasury asking what the RBNZ could do to limit house price growth and how it would go about complying with any decision to to include in its remit an obligation to guard against "undue instability" in the housing market. 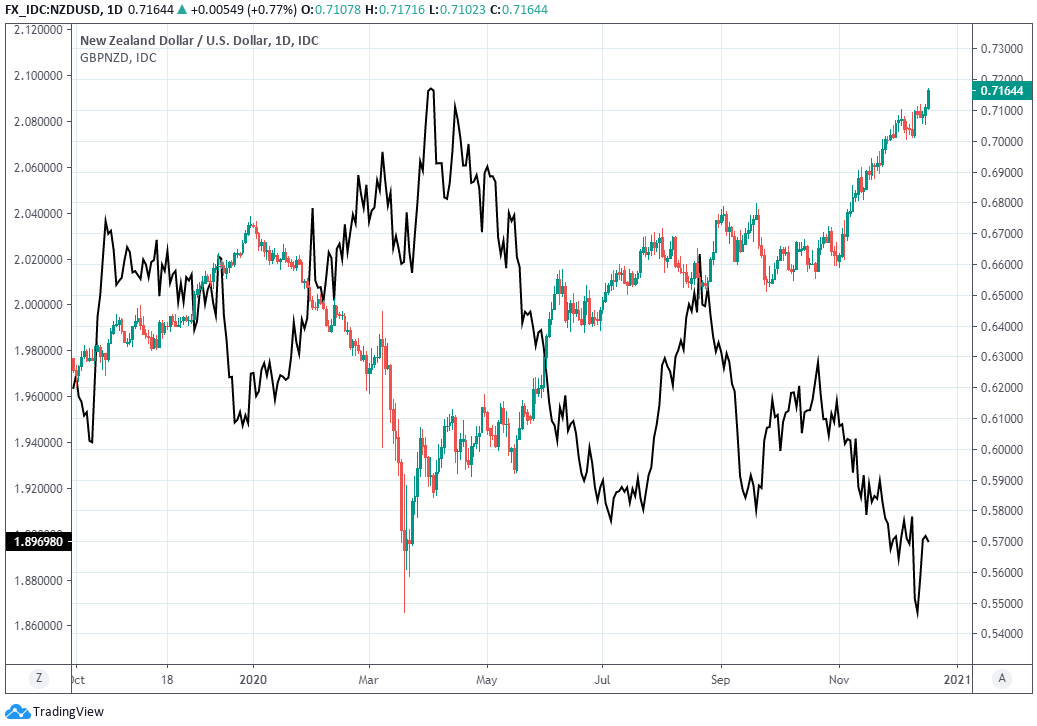 The RBNZ has cut New Zealand's cash rate to a record low of 0.25% and launched its first ever quantitative easing programme in a bid to support Kiwi households and companies through the pandemic, although it had also threatened for months to adopt a negative interest rate policy once into 2021.

"He has the authority to change the remit whether the RBNZ agrees or not," Gallo says of the finance minister.

The RBNZ's negative interest rate threats were always perceived by many observers as an attempt to lean against a rising Kiwi Dollar that has been lifted by international investors,many of them refugees from economies and markets that were more badly damaged by the coronavirus. It was motivated by fears about what a stronger Kiwi would mean for exporters and attainment of an inflation target that had eluded the bank for the best part of the last decade until the quarter before the coronavirus came along.

But the RBNZ's desire to avoid seeing Kiwi exporters and connected parts of the economy disadvantaged, as well as its inflation target pushed further from view, by a rising currency have brought it into conflict with a government that's concerned about wealth inequalities and the ability of first-time buyers to enter the housing market. Median house prices rose 19.8% from NZ$605,000 (£316,000) in October 2019 to NZ$725,000 in October this yearm The Real Estate Institute of New Zealand said last month. 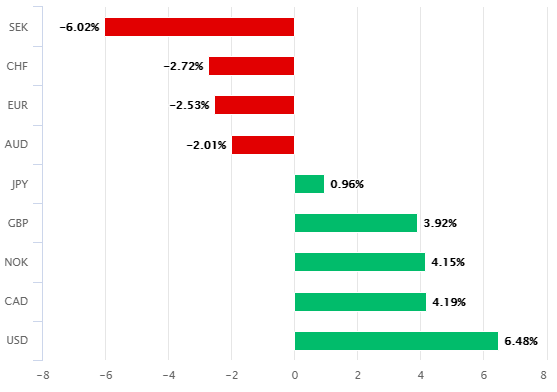 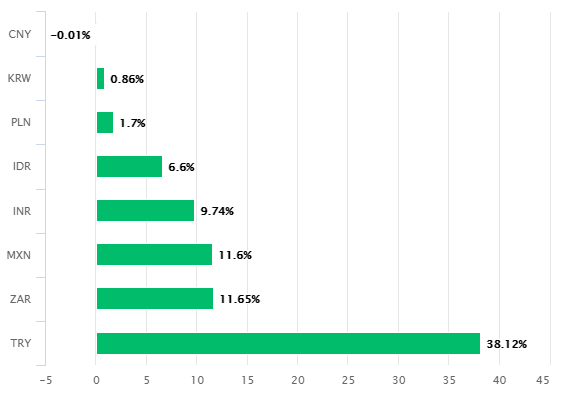 "Elevated global sentiment continues to support risk-sensitive currencies such as the NZD. We expect a break above the recent multi-year high of 0.7120, towards 0.7200 by year end. By mid-2021 we target 0.7500," says Imre Speizer, head of NZ strategy at Westpac.

Record low interest rates, which have put downward pressure on mortgage rates, are threatening the value of cash savings and driving increased demand for real assets including residential property around sought after locations. The RBNZ was already changing course before Finance Minister Robertson wrote to the bank in late November, albeit that it's unknown if there had been any behind the scenes contact beforehand.

However, it's increasingly apparent that Robertson's inquiries to the bank and statements in relation to it are an attempt to deter it from taking the cash rate below zero next year. The minister effectively told the RBNZ and markets in Thursday's interview with Bloomberg that none should be so concerned about the Kiwi Dollar, which has risen by 6% against the U.S. Dollar this year and +3.8% against Sterling. The New Zealand Dollar has fallen against the Chinese Yuan, its most notable trading partner currency.

"Tools that are now being used by the MPC were not envisaged at the publication of the February 2019 Remit," Robertson wrote in his letter, referring to an earlier decision review and revision of the rulebook which is set by the Treasury and governs how the RBNZ achieves its objectives. Since the letter was published, financial markets have all but abandoned the idea that they might see any further reductions in New Zealand's cash rates, indicating that it's since become even more attractive to investors. 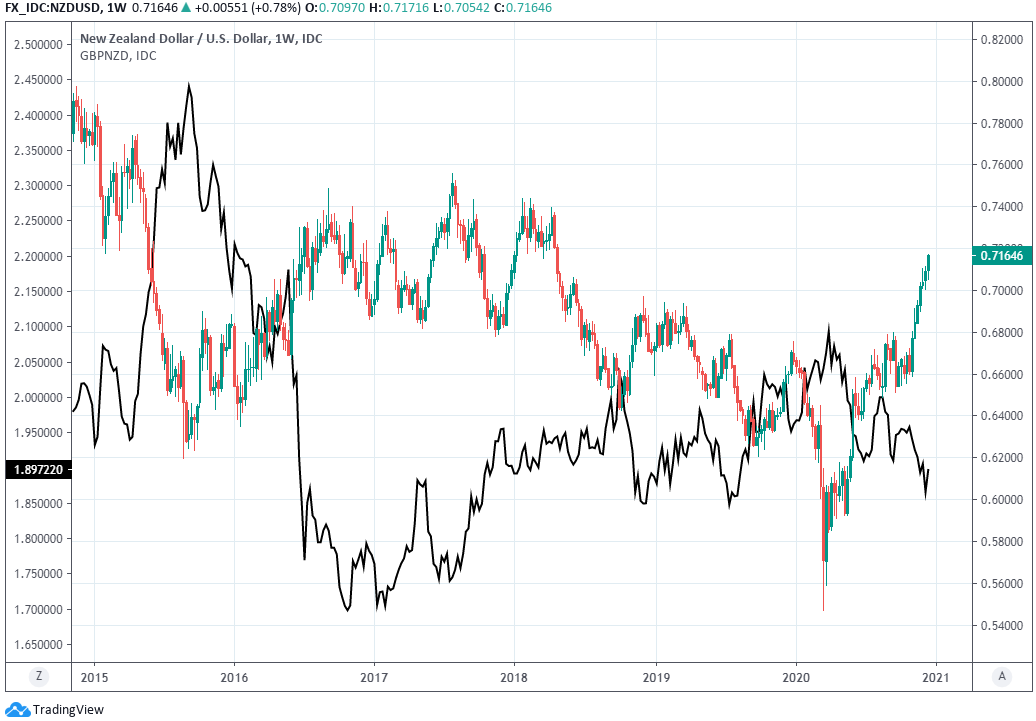 "AUD/USD and NZD/USD continue to make new cyclical highs supported in part by encouraging Australian and New Zealand economic activity. Comments by New Zealand Finance Minister Grant Robertson also helped lift NZD. Robertson said there was no “great discomfort” with the level of NZD," says Elias Haddad, a senior strategist at Commonwealth Bank of Australia. "New Zealand Q3 real GDP growth was stronger than expected, lifting 14%/qtr (consensus: 13%/qtr, RBNZ forecast: 13.4%/qtr). In addition, the size of the decline over Q1 and Q2 is now estimated to be smaller by 1.4 percentage points. Overall, that leaves the economy up 0.4% on year‑ago levels."

At the heart of the feud between treasury and central bank is New Zealand's best-in-class containment of the coronavirus among major economies and its earlier prudent management of the public finances, which have made it the first major industrialised economy to fully recover all of the economic losses caused by coronavirus containment efforts while placing the country on course to both enter as well as exit the crisis with a best-in-class balance sheet too.

"It is expected to rebound strongly in 2021 in line with countries we compare ourselves to, like Australia and the United States, and outperforming the United Kingdom and Japan relative to these countries’ 2019 starting point," Roberstson says on Thursday, referring to New Zealand's GDP.

CBA's Haddad noted Thursday that "New Zealand joins China as the only economies that are now larger than their pre‑pandemic size," after Statistics New Zealand said overnight that GDP rose at quarter-on-quarter pace of 14% during the three months to the end of September. Markets had expected only a 12.9% increase, so were suprised positively by the actual outcome, which came alongside a downward revision to earlier estimates of the second quarter contraction to a q-on-q pace of -11%.

"The details point to an even more robust economy than we anticipated, with a solid upward revision to the Q2 decline and, wait for it, the (seasonally adjusted) economy coming in 0.2% larger in Q3 2020 than it was before this crisis (Q4 2019)," says Miles Workman, an economist at ANZ. "The question is, can this level be sustained or is a recoil on the cards in Q4? Our money’s on the latter."