New Zealand's Dollar rose against only an unravelling U.S. Dollar, a paling Pound and small selection of other risk sensitive currencies while ceding ground to an outperforming Euro as well as safe-havens like the Yen and Swiss Franc.

"Eurozone manufacturing output growth accelerated in October to the fastest since February 2018. We caution investors not to chase AUD/USD and NZD/USD strength at the moment," says Elias Haddad, a strategist at Commonwealth Bank of Australia. 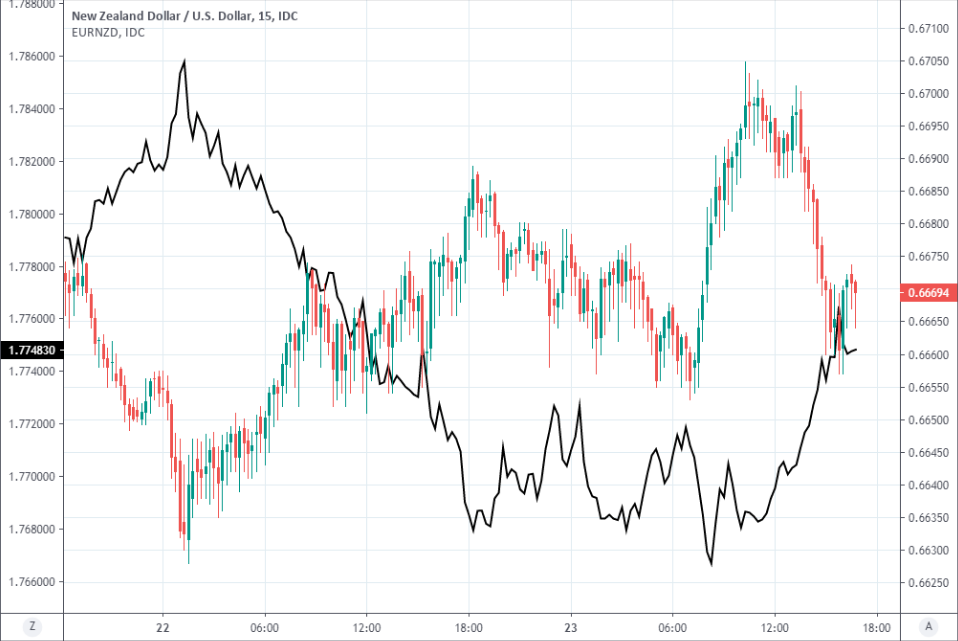 Inflation disappointment followed more signs earlier this week of a tentative economic rebound from an August double-dip that was inspired by renewed coronavirus-related restrictions on activity.

The NZ treasury said overnight the "New Zealand Activity Index (NZAC) shows a recovery in September, with activity up 1.0% on September 2019," but that August's estimated fall in activity was revised down from-1.4% to -1.7%. 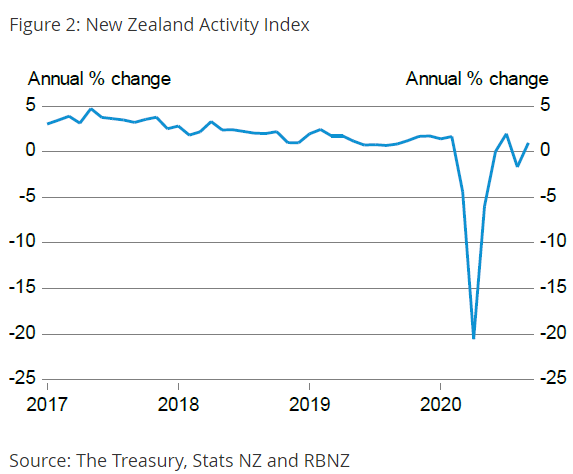 "This is the indicator most closely aligned to GDP growth, and if taken at face value it would suggest September quarter activity was on a par with the same quarter a year ago," Treasury said of a rebound in the NZIER Quarterly Survey of Business Opinion (QSBO) on Monday.

Preliminary card spending data also revealed mid-week that a recovery to the previous Alert Level 1 average in both Auckland and the rest of the country took place in early October, potentially bolstering market perceptions of an economy that could be on the cusp of outperformance.

But if New Zealand does outperform in the final quarter, the economy and Kiwi Dollar may find themselves limited once into the New Year if Credit Africole concerns about the impact that national border closures will have on exports and GDP while they remain shuttered. 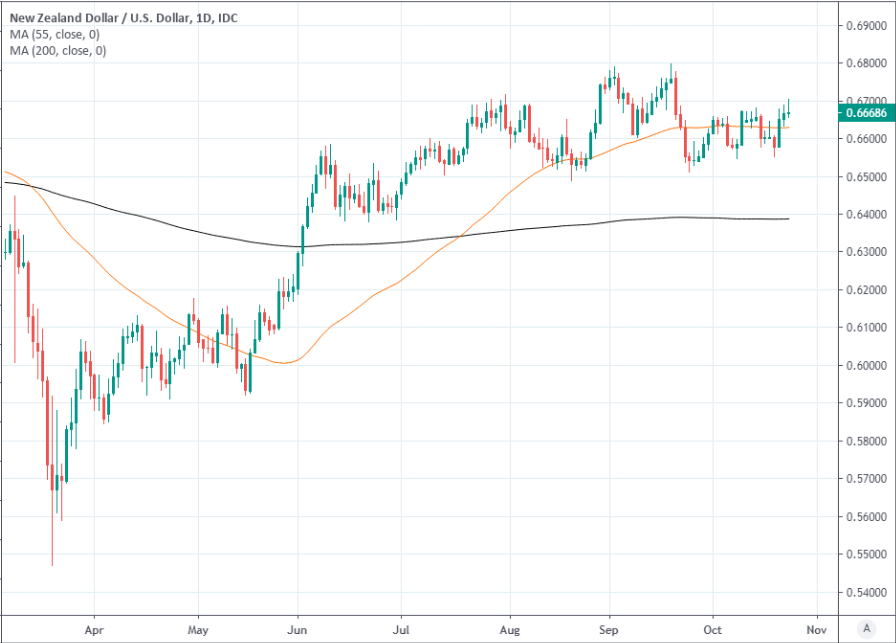 Above: NZD/USD rate shown at daily intervals with selected moving-averages.

"The easing of lockdowns is helping activity bounce. Better weather is also helping commodity exports," says David Forrester, a strategist at Credit Agricole. "While international borders remain closed, NZ will struggle. A travel corridor with Australia would be a big help."

It was assumed in the pre-election fiscal update and noted further in a September 25 Treasury blog that current government forecasts assume the borders will remain closed until the last moments of 2021.

Similar is true across the Tasman in Australia, but the implications there are less than in New Zealand because tourism and education are a much lesser share of exports. Tourism accounts for more than half of New Zealand's exports, which all add directly to GDP, Credit Agricole data suggests.

"The are signs the NZ economy is bouncing back, but growth is likely to remain sub par," Forrester writes in a research note. "The recovery in Europe has stalled because of the second Covid wave and persisting Brexit risks. Both the ECB and the BoE could ease again before year-end. The EUR and GBP could remain grounded for now."

Statistics New Zealand has previously said the industry pulled in 5.8% of GDP in 2019. In the ever near-but-far Australia the numbers are much lower.

The implications this has for the relative pace of New Zealand's likely economic recovery over the coming year are a part of why Credit Agricole forecasts a fall from 0.6670 to 0.65 by year-end 2020 for NZD/USD, which is not expected to return to its late September high of 0.68 until the same time in 2021.

The bank looks for NZD/USD to leap to 0.70 and its highest since late 2018 in the three months to year-end 2021, which is also when the borders reopen. 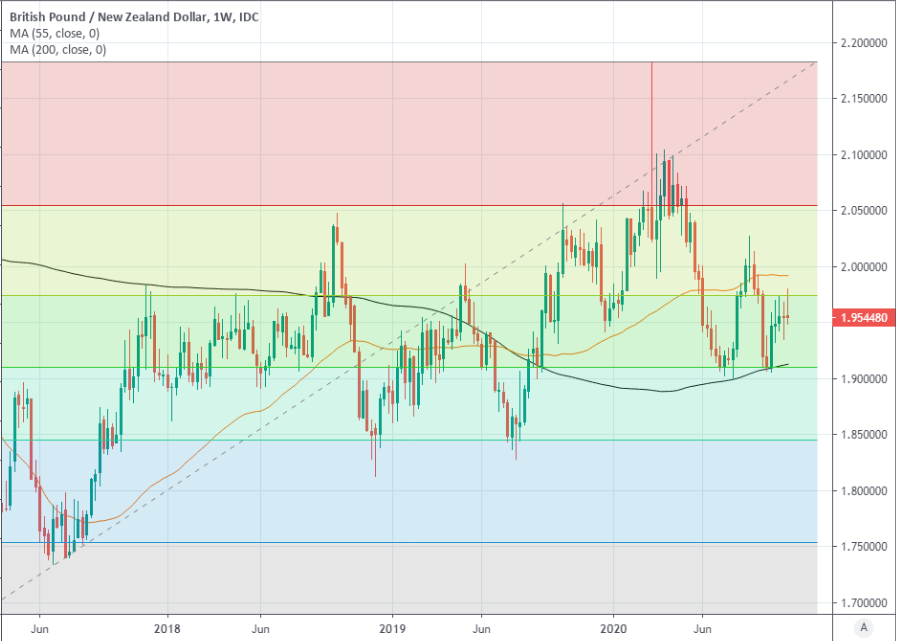