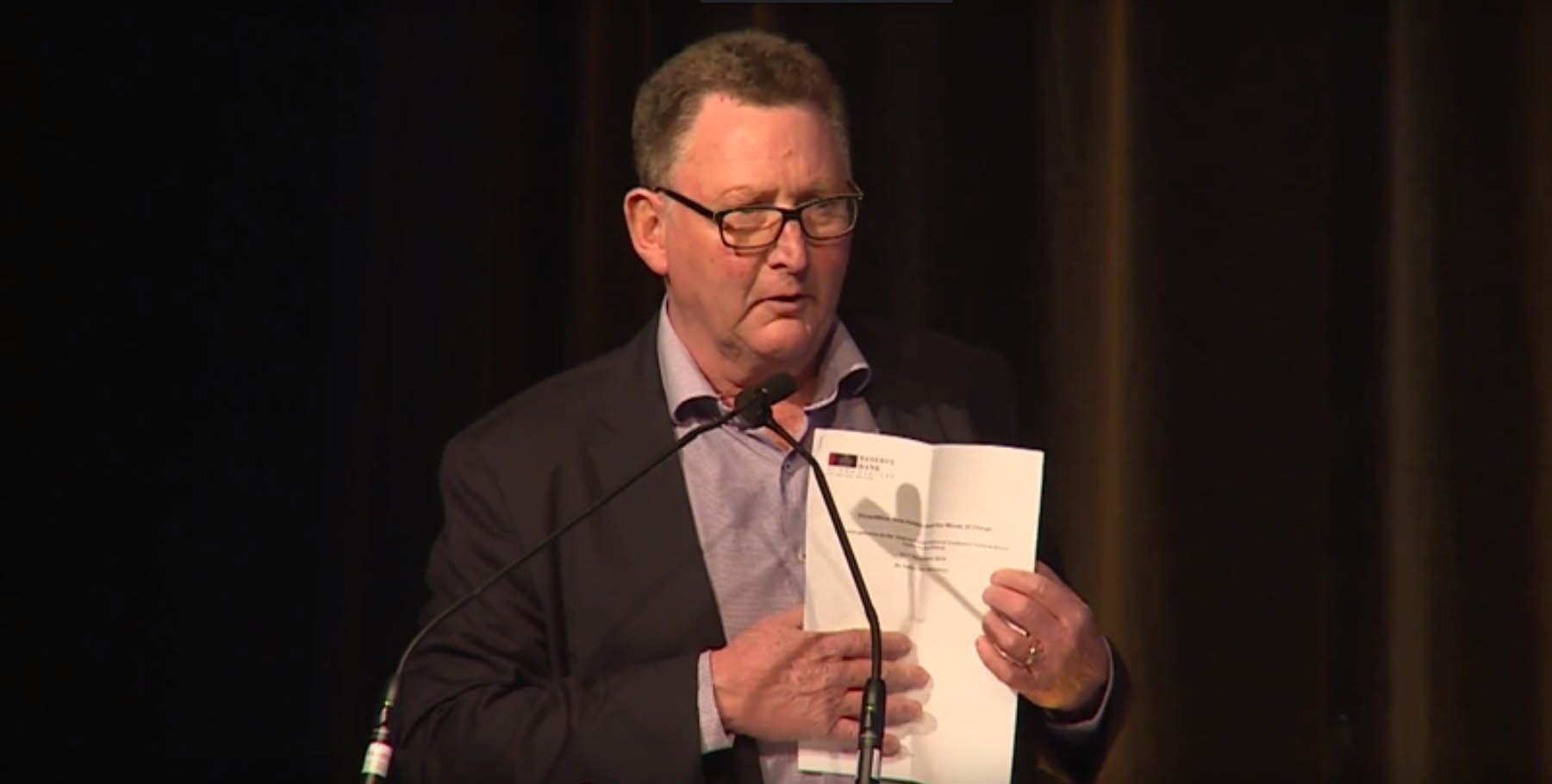 - NZD suffers in risk-off market but is tipped for outperformance.

- TD Securities says NZD the most undervalued currency in G10.

- Looks for NZD gains as investors rediscover their risk appetites.

- But RBNZ may be eyeing more rate cuts, and ANZ survey looms.

The New Zealand Dollar is tipped by analysts at global investment bank TD Securities to outperform over the coming weeks as their research suggests a turnabout in global investor sentiment looms.

Markets have been in 'risk off' mode for much of the past week, with safe-haven currencies and assets like the Yen gold in demand, while riskier counterparts including stocks and the Kiwi Dollar were on sale amdist ongoing trade war hostilities, and another inversion of the U.S. bond yield curve.

Yields on 10-year U.S. government bonds fell below those of their 2-year counterparts Tuesday, by the largest extent to date in the current cycle and in what is a classic warning from the markets that economic trouble is ahead.

Bond yield inversions have a proven track record of predicting a recession in subsequent months.

The downward slope of the U.S. yield curve persisted on Wednesday and so too did the resulting 'risk off' environment that was never going to be supportive of commodity-backed currencies, but particularly those with large economic exposures to China, like the Kiwi and Aussie.

However, analysis from TD Securities suggests a turnabout in investor sentiment might be looming, and this would be a good thing for the New Zealand Dollar.

McCormick says recent price action in New Zealand Dollar exchange rates has left the currency trading at a "massive discount" to the fundamental value ascribed to it by the bank's high-frequency-fair-value finanancial model.

He's told clients that if and when markets become less concerned about the U.S. and global growth outlooks, that discount could then seem to investors like it's no longer appropriate, with consequent buying leading the Kiwi higher.

"NZD screens at a massive discount, which against current levels sits around 3.5%. In other words, NZDUSD should be trading around 0.66, making it the cheapest currency in the G10," McCormick writes, in a note to clients. 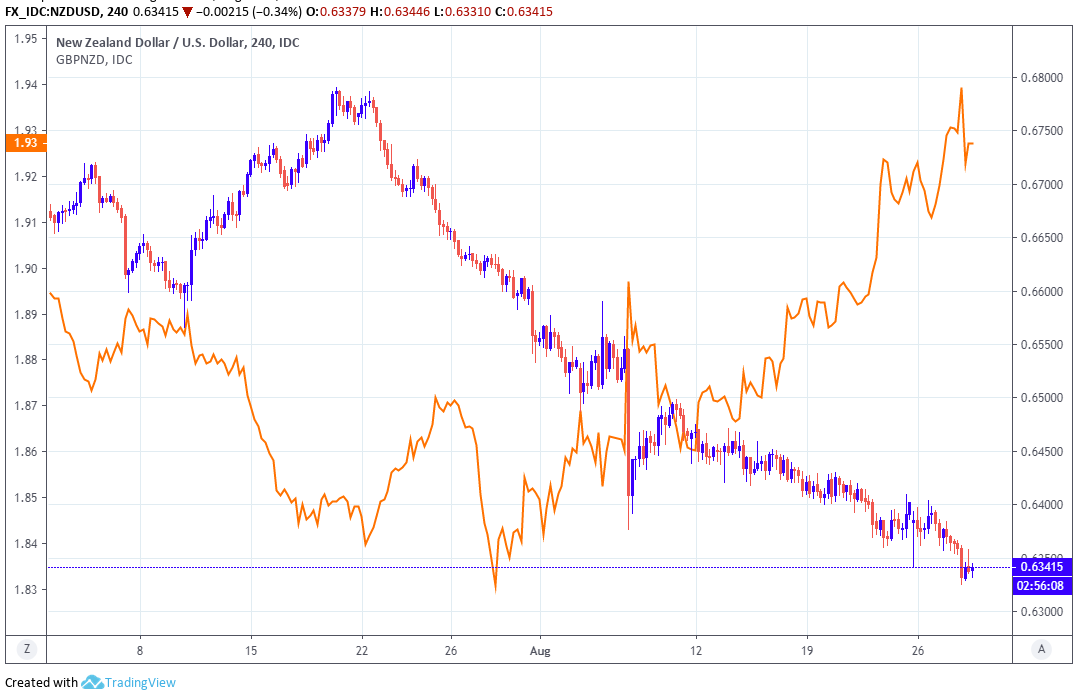 "GRMI's message suggests that mean reversion trades may benefit in the very short-run, reflecting the reduction of stress. It is a very short-term signal, especially as GMRI has been in risk-off territory since early August," McCormick says. "NZD, GBP, EUR, and AUD look cheap." 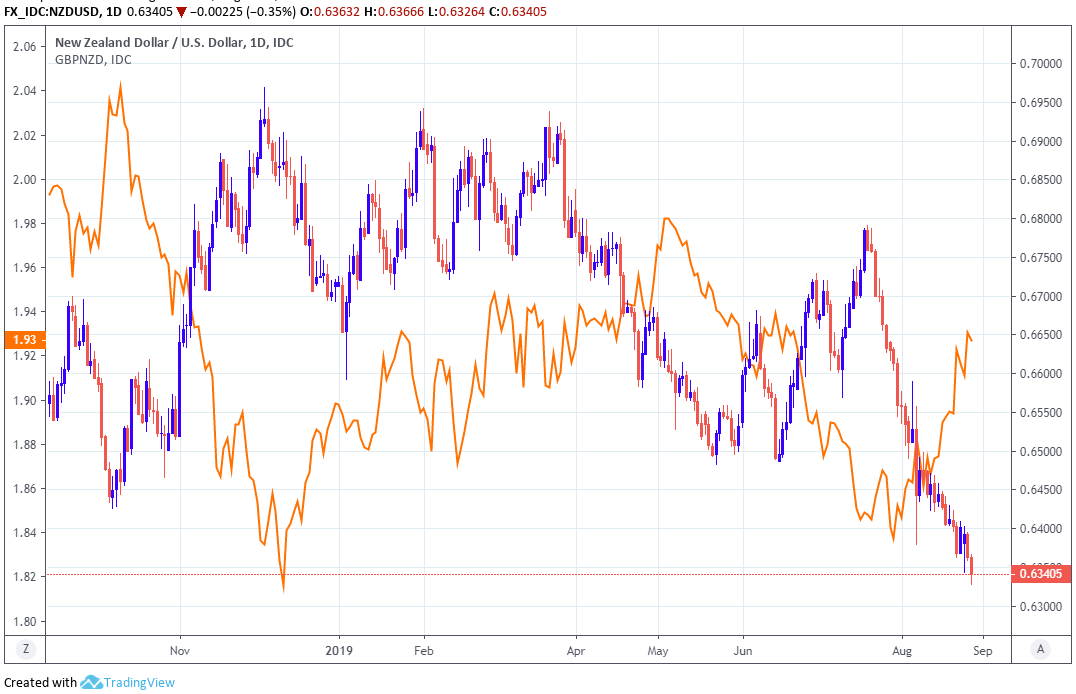 Wednesday's price action came in the wake of a statement from the Reserve Bank of New Zealand (RBNZ) that called upon both government as well as businesses to join the central bank's fight against an economic slowdown that risks further entrenching inflation below the ever-elusive midpoint of the 1%-to-3% target.

The RBNZ has cut its interest rate three times in 2019, by a total of 75 basis points and to a new record low of 1%, in the hope of stimulating faster economic growth with lower borrowing costs. Kiwi inflation was already stuck a below the target, and RBNZ already in need of faster growth, even before the U.S.-China trade war began hurting the global economy. But trade-related slowdown in the economies of various trade partners has necessitated action.

"We understand that lower interest rates do not remove the global political uncertainty. But they do offer greater certainty on the financial and investment front. Businesses and governments should be re-assessing their hurdle rates on their investment projects. Low and stable global interest rates mean that what was once costly may now be a sound investment for the future," says Governor Adrian Orr, in a statement posted to the bank's website.

Finanical markets were already flirting with the idea that the RBNZ might have to cut its cash rate again before the year is out, but Wednesday's calls may have been interpreted by some as a sign the bank is itself worrying that is existing cuts may not be enough to shock the economy into life.

That could also help explain some of the Kiwi Dollar's weakness on Wednesday. Changes in rates are normally only made in response to movements in inflation, which is sensitive to GDP growth, but impact currencies because capital flows tend to seek out the most advantageous returns.

"NZD could hit a fresh low overnight if NZ August ANZ business confidence falls further (2am London).  Business confidence has remained persistently weak over 2019 and continues to suggest growth will remain sub‑trend over the remainder of 2019," says Kim Mundy, a strategist at Commonwealth Bank of Australia. "Although this is the first survey of business confidence following the RBNZ’s surprise 50 basis point OCR cut in early August, some of the responses were likely received before the OCR decision."