The Pound is trading slightly firmer against the New Zealand Dollar at the start of the new week, with 1 GBP buying 1.89022 NZD. The exchange rate did however fall a sizeable 2.25% in the week before and studies of the charts suggest that the exchange rate is likely to continue declining over the next five days.

The 4-hour chart shows the pair has broken below the June 7 lows, which is a very bearish sign. Following that it has extended in a steep downtrend lower. This downtrend is expected to eventually continue after a brief pause. 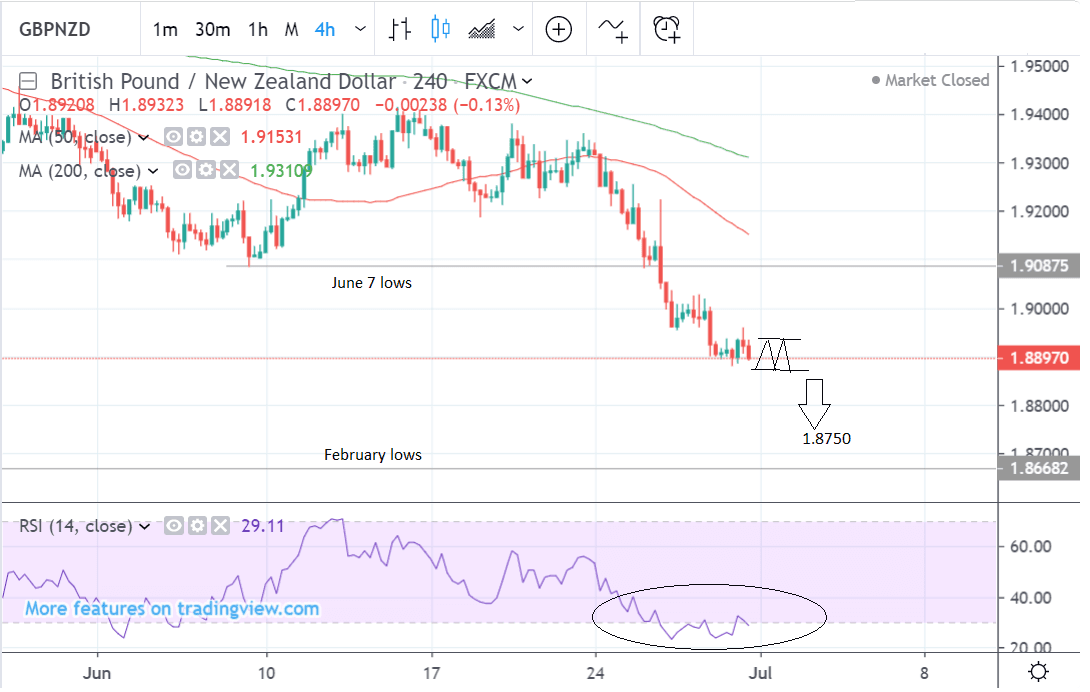 The RSI momentum indicator has just exited oversold territory which is a bullish sign. This suggests the possibility the pair could pause in its downtrend and perhaps go sideways for a while, before breaking lower. And we still eventually expect more downside.

The 4-hour chart is used to give us an indication of the short-term outlook which includes the next five trading days.

The daily chart shows how the pair is falling quite steeply and is likely to reach the February lows eventually at 1.8670, subject to a break below the 1.8875 level. 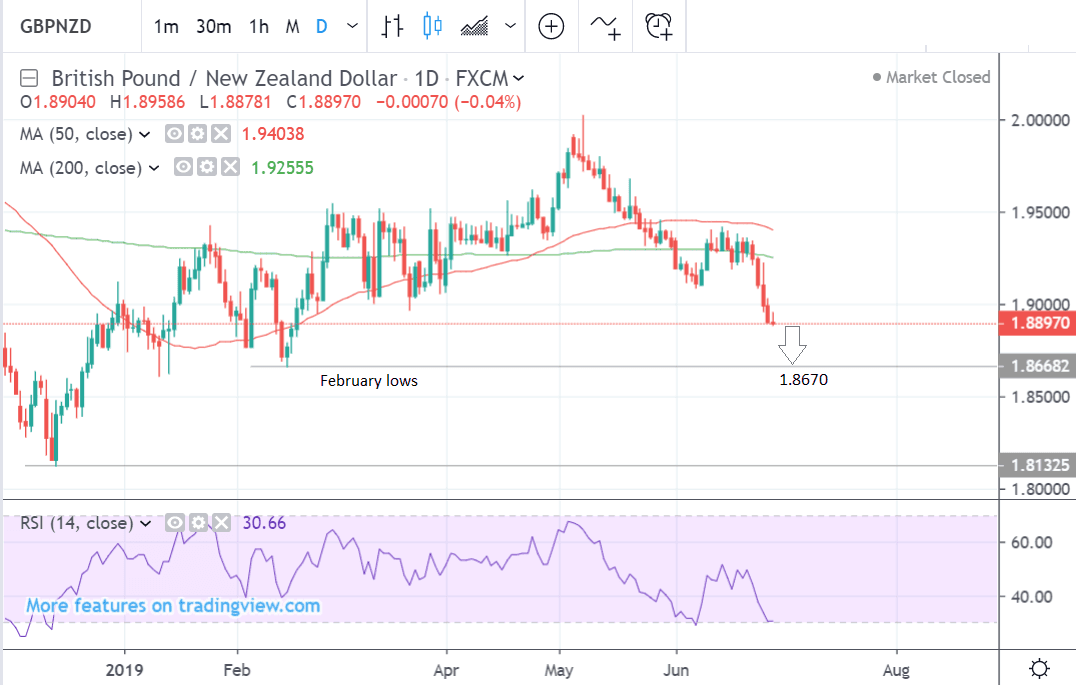 Momentum, as measured by the RSI, is waning a little and close to oversold so there is a risk of a pause or pull-back.

Overall, however, we are confident of more downside to the next target.

The daily chart is used to establish the medium-term outlook which includes the next week to month ahead.

The weekly chart shows the formation of a bearish ABCD or Gartley pattern, suggesting an extension of the downtrend since the 2018 highs is possible. 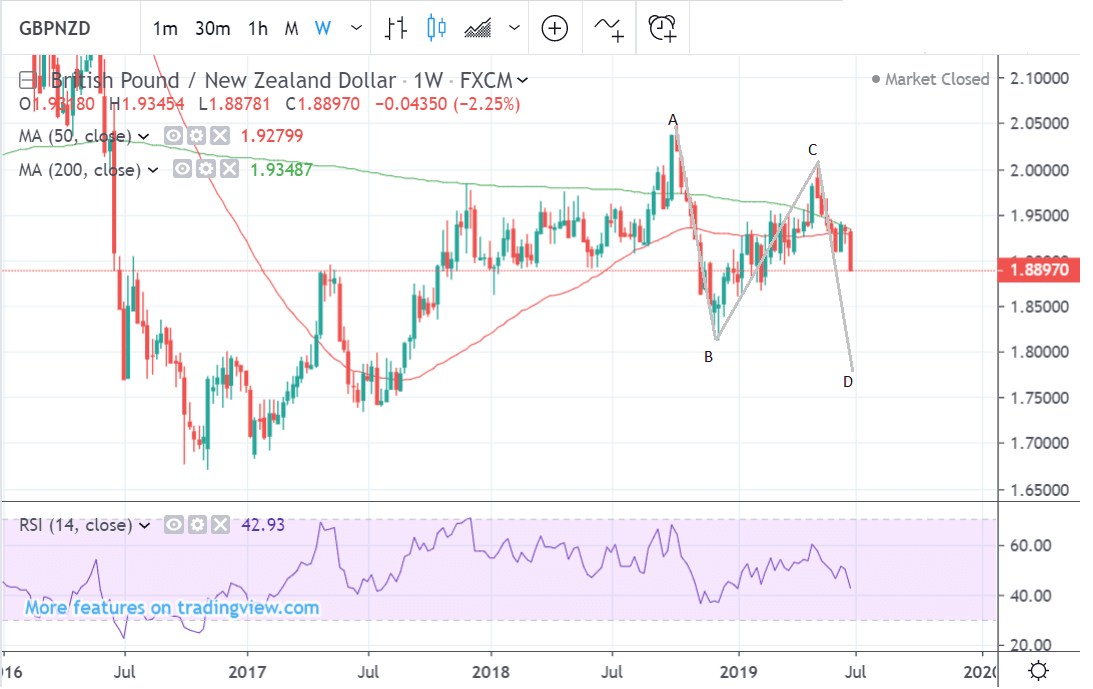 These patterns are composed of three waves in a zig-zag formation. The first and final legs of the pattern are usually of a similar length suggesting C-D will finish at around 1.7600 - 1.8000.