- INR supported by RBI hold amid weakness in emerging markets.

- Respite INR will be short-lived, say some forecasters, eyeing 2020.

Reserve Bank of India officials left the cash rate unchanged at 5.15% Thursday when markets were looking for a 25 basis point cut to 4.9%. The cash reserve ratio and reverse-repo rate were left unchanged at 4% and 4.9% respectively.

The RBI said it "deliberated extensively on the current and evolving macroeconomic and financial conditions, and the outlook," before deciding to hold rates. The decision came less than a week after official data showed the economy growing at its slowest pace since 2013 during the third-quarter, although those figures themselves came hard on the heels of inflation numbers that also revealed price pressures are rising, with the consumer price index now back above the '4% plus or minus 2%' target.

"Make no mistake that another cut, on top of the 135 basis points-worth of easing already, would be overkill, sending the real repo rate deeper into the red," says Freya Beamish, chief Asia economist at Pantheon Macroeconomics. "We continue to believe that policymakers have done enough to secure a recovery. Crucially, some of the details of the Q3 GDP report suggest that a cyclical rebound already is afoot, despite the grim headline. At the very least, it appears that the slowdown has bottomed out." 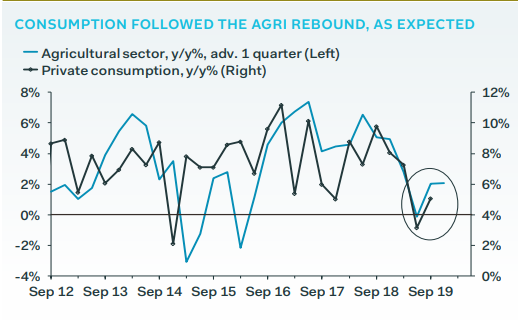 Changes in interest rates are normally only made in relation to expected movements in inflation but can have a significant influence over international capital flows as well as speculative short-term trading activity. Capital flows tend to move in the direction of the most advantageous or improving returns, with a threat of lower rates normally seeing investors driven out of and deterred away from a currency while rising rates have the opposite effect.

India's inflation gains were driven by increases in the price of foods but even those pressures subside, an anticipated rebound in GDP growth might be enough to offset any retreat in foods and keep the consumer price index elevated at the RBI target level.

Given no less than five controversial rate cuts in quick succession this year, new governor Shaktikanta Das - a former finance ministry official and ally of the government - would likely have drawn fresh criticism this week. 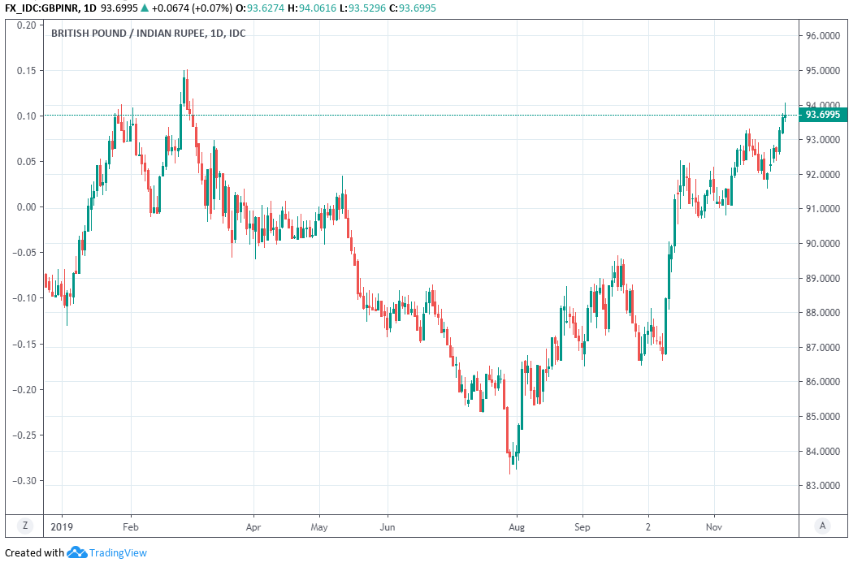 Das has thrown inflation concerns as well as the interests of bondholders, who're also the creditors of India, to the wind this year by implementing an aggressive cycle of rate cuts in the hope of protecting India's slowing economy and high winds blowing in from offshore as well as domestic ailments. But the new incumbent, appointed after Urjit Patel resigned amid a conflict with the government, increasingly has to balance competing concerns.

"The RBI appears to be striking a very fine balance between easing the stress associated with financial sector vulnerabilities (including weakness in various lending channels) and preventing the growth of new balance sheet risks further down the line. This to us suggests that there is still room for additional policy easing from the RBI (and INR weakness) in H1 2020," says Stephen Gallo, European head of FX strategy at BMO Capital Markets.

Bad loans in the banking sector that built up over a number of years have got the RBI, which is responsible for broader financial stability as well as price stability, worrying about the prospect of lower rates encouraging unsustainable borrowing among households and companies. 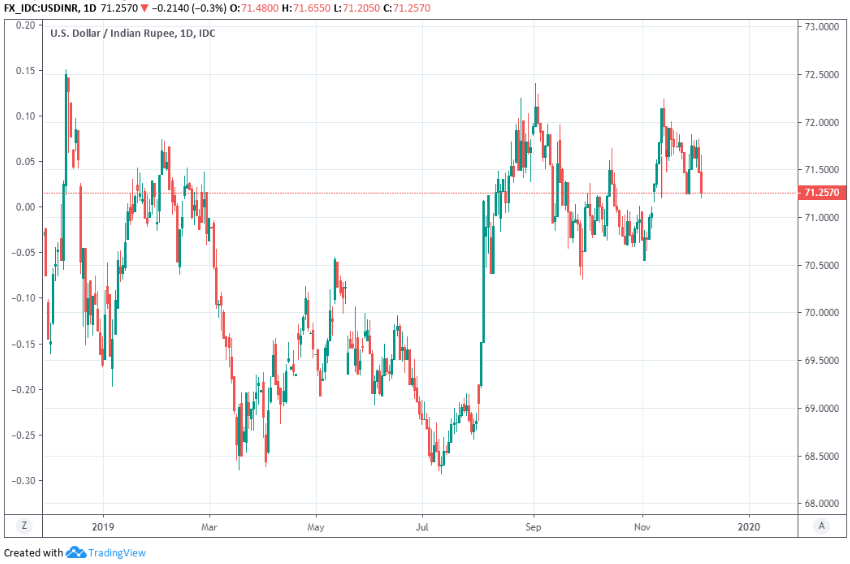 Stability concerns might favour higher rates than those prevailing Thursday and a consumer price index that's risen above the RBI target almost certainly would, but the sharp decline in Indian GDP growth last quarter and an ongoing slowdown in the global economy that has its roots in the U.S.-China trade war both argue for a much more cautious approach. The outlook however, could change on the whims of Beijing and Washington or upon the further casting of die in India's agricultural heartlands.

Nonetheless, some forecasters anticipate at least one more rate cut from the RBI next year and another gradual decline for the Rupee. The Indian currency has fallen nearly 2.5% against the Dollar this year and nearly 6% against Pound Sterling. The USD/INR rate was down 0.27% at 71.28 in noon trade and the Pound-to-Rupee rate was unchanged at 93.69 for the session despite strength in almost all other Sterling exchange rates.

"The Reserve Bank of India's on-hold policy decision comes as the central bank cut its growth outlook for the current fiscal year, the fifth cut so far, and also raised its inflation forecast. We expect one more 25 basis point rate cut in the current cycle," says Prakash Sakpal, an economist at ING. "We don’t think the worst is over for the beleaguered currency, not least from a policy perspective, and maintain our view of USD/INR rate at 73.00 by end-March 2020."