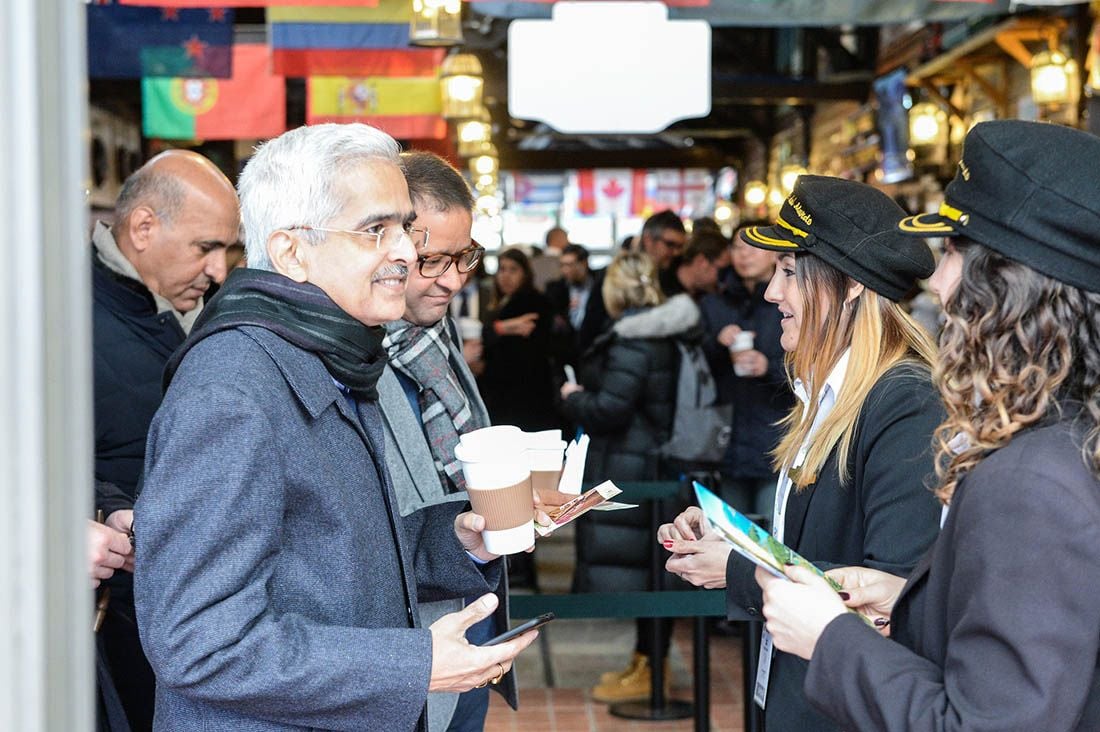 - Market uncertain if further cuts on way but INR seen to underperform.

The Rupee strengthened on Thursday in what was an unusual reaction to the Reserve Bank of India (RBI) having cut its interest rate and hinted that more reductions are on the way, but some analysts say the Indian currency will soon be an "underperformer" again.

The Reserve Bank of India cut its main interest rate to 5.75% on Thursday, from 6% previously, in a move that had been anticipated by a narrow majority of forecasters only it also went a step further than the market had suggested.

Governor Shaktikanta Das said Thursday the bank's 'policy stance' has again changed, this time from 'neutral' to 'accomodative'. In January the stance had been set at 'calibrated tighening' as previous governor Urjit Patel and his committee of policymakers had feared a run of higher inflation numbers.

This new stance means further interest rate cuts could be on the way during the months ahead, which would be unlikely to the do anything positive for the Rupee even if the Indian currency did rise in response to the latest cut Thursday.

"We now think RBI will ease further in the months ahead, with at least one more rate cut on the horizon, if not two, with the next one possibly taking place at the August RBI meeting," says Mitul Kotecha, a strategist at TD Securities.

Markets care about the Reserve Bank decision because changes in interest rates, as well as the outlook for them, can have a significant influence over international capital flows as well as speculative short-term trading activity.

"The RBI cut interest rates at a third consecutive meeting today. Arguably more important, it laid the groundwork for continued loosening in the second half of the year. If soft surveys are correct in suggesting that there is limited slack in the economy, further easing could lead to higher inflation and higher interest rates in the future," warns Shilan Shah at Capital Economics.

The Reserve Bank has cut interest rates three times this year since former governor Urjit Patel resigned from the RBI in what was perceived as a protest against government attempts to dicate the monetary and financial regulatory policies of a central bank that's supposed to be independent from politicians.

New governor Shaktikanta Das, a former finance ministry official who is seen as still having close ties to the government, is widely believed to be behind the RBI's policy shift. The RBI had raised  rates twice in 2018 and used stringent regulations in the hope of dealing with soured loans in the banking sector.

Prime Minister Narendra Modi was just months away from campaigning in a general election at the time of the rate hikes and his finance ministry made repeated attempts at having the RBI ease up on the financial sector and to transfer larger dividends to the government. Modi has since been re-elected. 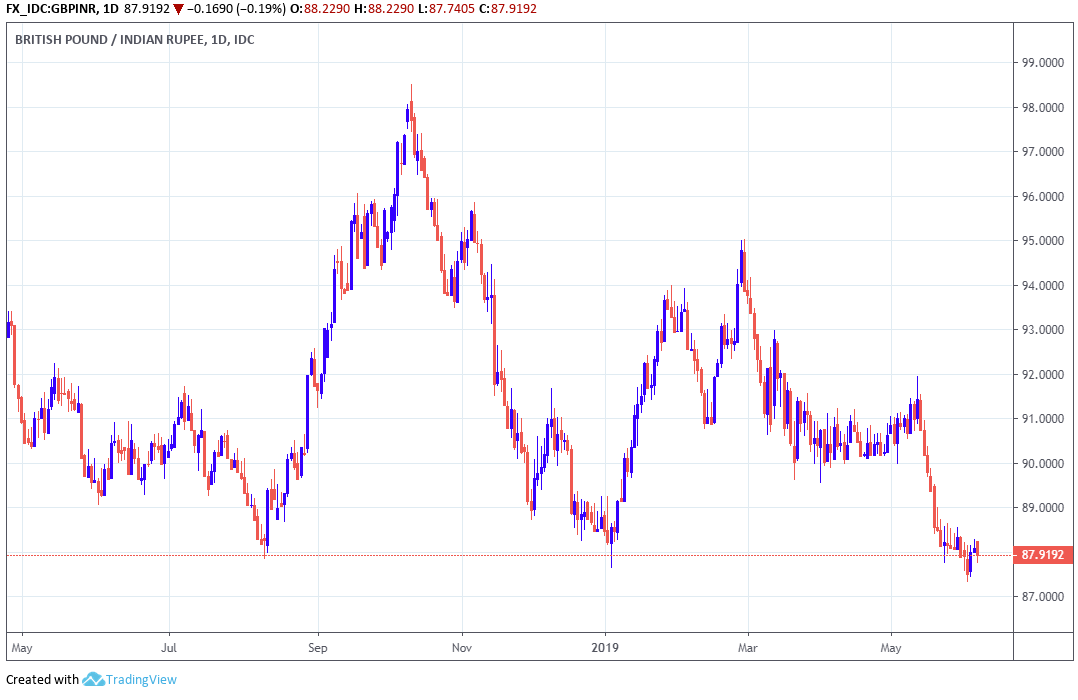 "There are still concerns about the independence of the RBI. A perception that policy is being kept loose for the benefit of the government could reverse the success the central bank has had in reining in price pressures over the past five years, and lead to a rise in both inflation expectations and actual inflation over the long term," says Capital Economics' Shah.

The Turkish Lira crisis of 2018 demonstrates perfectly what can happen when governments interfere in central bank policy decisions. The Lira fell in value by some 60% at one point last year after President Recep Tayyip Erdogan was thought to be preventing the central bank from raising its interest rate.

Governments can easily be tempted to pressure central banks into keeping interest rates low for electoral reasons, but this kind of decision almost always gives rise to market fears over the inflation outlook.

After all, benchmark interest rates are the primary tool for managing inflation in the modern economy. When rates are kept too low for too long, inflation rises and eats into the returns of money lenders. This leads creditors to demand even higher rates than they otherwise would have when lending to governments.

"We think the RBI's easing cycle is now finally over, especially after today's rate cut and despite shifting the policy stance from neutral to accommodative. Also, the previous two rate cuts in February and April were despite the 'neutral' stance, which was changed from ‘calibrated tightening’ stance in the February meeting," says Prakash Sakpal at ING Group. 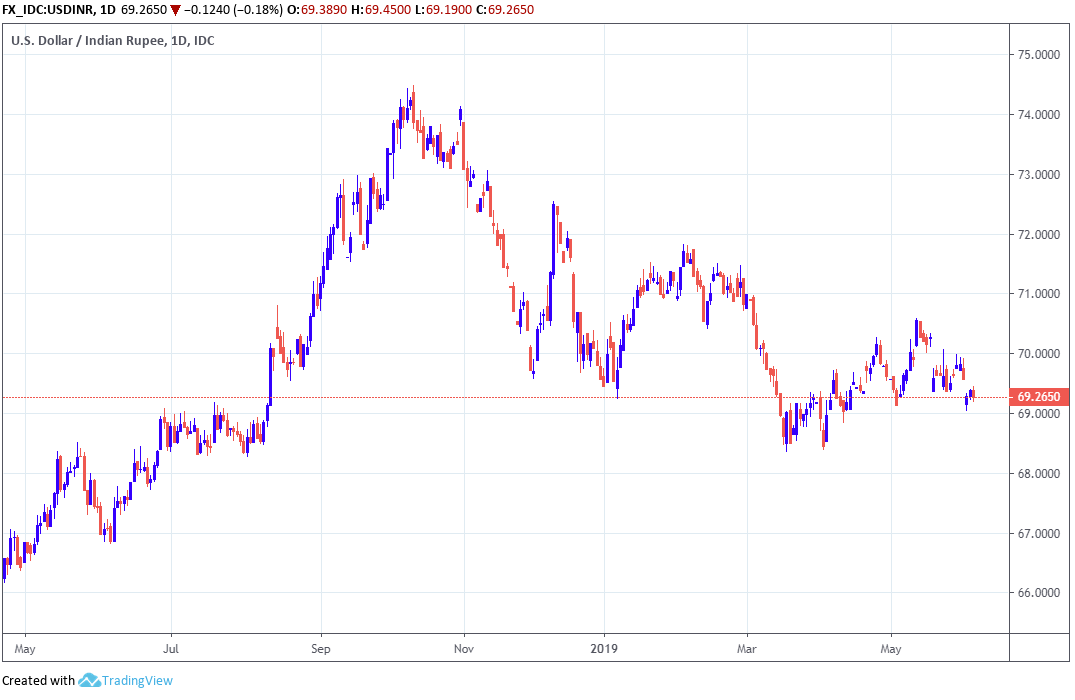 Interest rate decisions are normally only made in relation to the inflation outlook, with higher rates used to crimp economic demand and reduce inflation while interest rate cuts are deployed in order to stimulate faster growth and higher inflation when consumer price pressures fall below the target levels.

The RBI is obliged to ensure Indian inflation averages 4%, although the consumer price index is allowed to deviate by two percentage points in either direction, enabling it to fall as low as 2% and rise as high as 6%.

Indian inflation fell throughout 2018 and reached the lower bound of the inflation target band in January 2019 and even though it's risen gradually ever since, the consumer price index was at just 2.9% in April.

That means the RBI might actually be justified in reducing rates, especially as its own forecasts suggest inflation will remain below 4% throughout 2019. However, none of this has been enough to prevent some economists and parts of the market from fretting about the indpendence of the RBI.

"We think the market overbought the currency amid the euphoria of prime minister Narendra Modi returning to power for the second term. As for most emerging market currencies with a backdrop of twin deficits (fiscal and current account deficit), the external environment currently hasn’t been friendly and it’s unlikely to be so in the near-term," says INGs Sakpal. "We wouldn't be surprised if the currency re-asserts its recent status as an Asian underperformer in the days ahead."