The EUR/USD exchange rate has risen for four days in succession to achieve levels around 1.1864 at the time of publication on Thursday. Analyst Richard Perry of Hantec Markets says he is still looking for the move higher to be confirmed by the market's technical setup.

The reaction to a breakout is always key.

EUR/USD has spent the past few sessions building higher and closed decisively above near term resistance at 1.1830 yesterday.

However, can this breakout now be confirmed so that the bulls can look confidently towards the next resistance 1.1900/1.1915 and perhaps even the key multi-year high of 1.2010 again?

The early reaction today is to pullback. 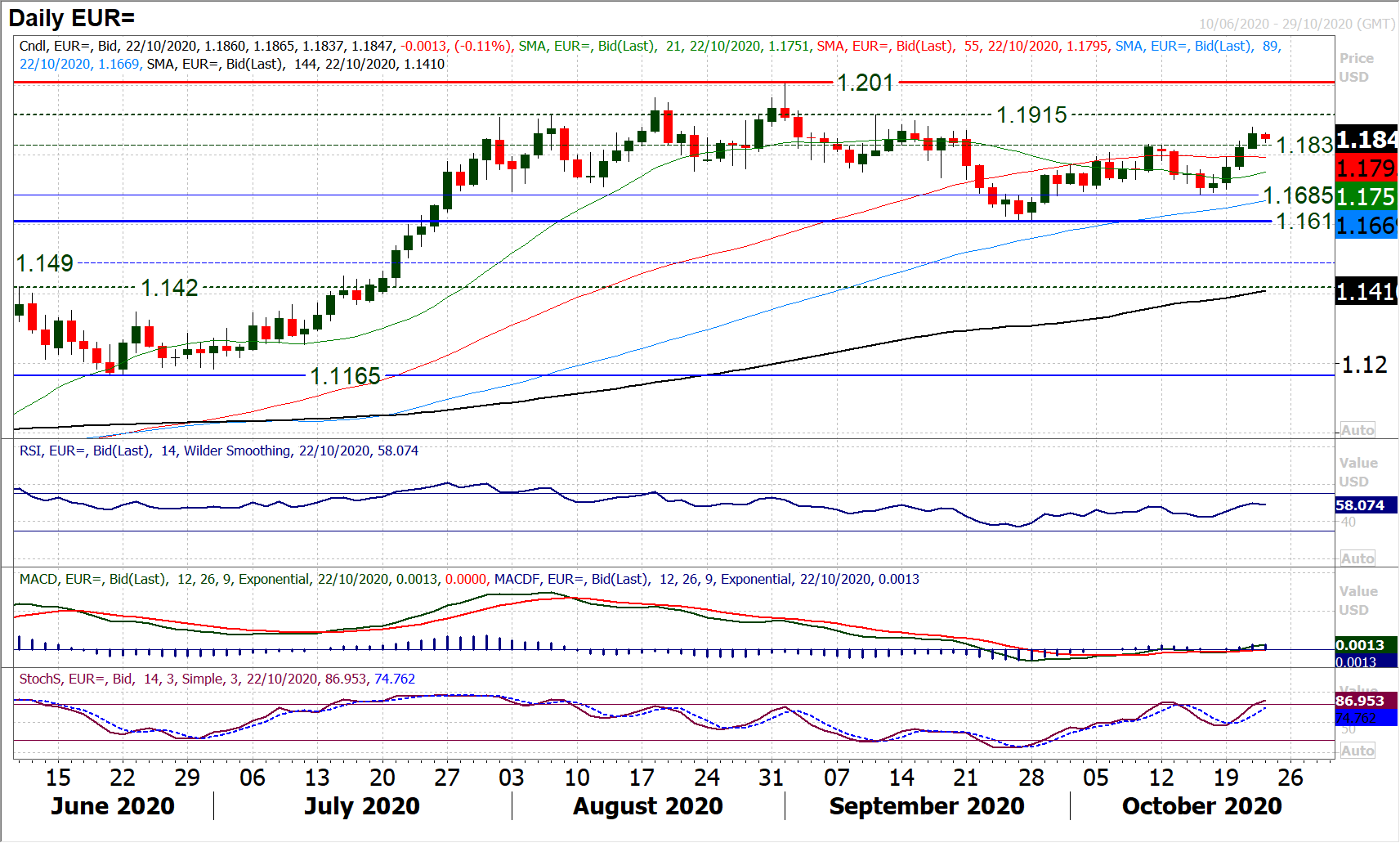 Reaction around breakout support will determine whether this move is to be trusted.

If the bulls can respond by buying into this pullback then it will be a strong indication that the move is accepted and upside resistance will be targeted.

Below 1.1800 loses the bullish intent, whilst back under 1.1760 and the near term outlook turns corrective again. Hourly indicators this morning show that this early pullback is now into an area which should be a buying opportunity if yesterday’s breakout is to be trusted.