The GBP/USD exchange rate rallied by over 1.5% on Wednesday and is quoted at 1.3130 on Thursday. Analyst Richard Perry of Hantec Markets says the technical configuration advocates for further Sterling gains.

The move on GBP/USD was also given a boost from the dollar coming under pressure too, but a huge breakout above 1.3080 has been achieved.

The market is certainly now moving to price in the likelihood that the EU and UK will find common ground for agreement and this should help to underpin sterling now. 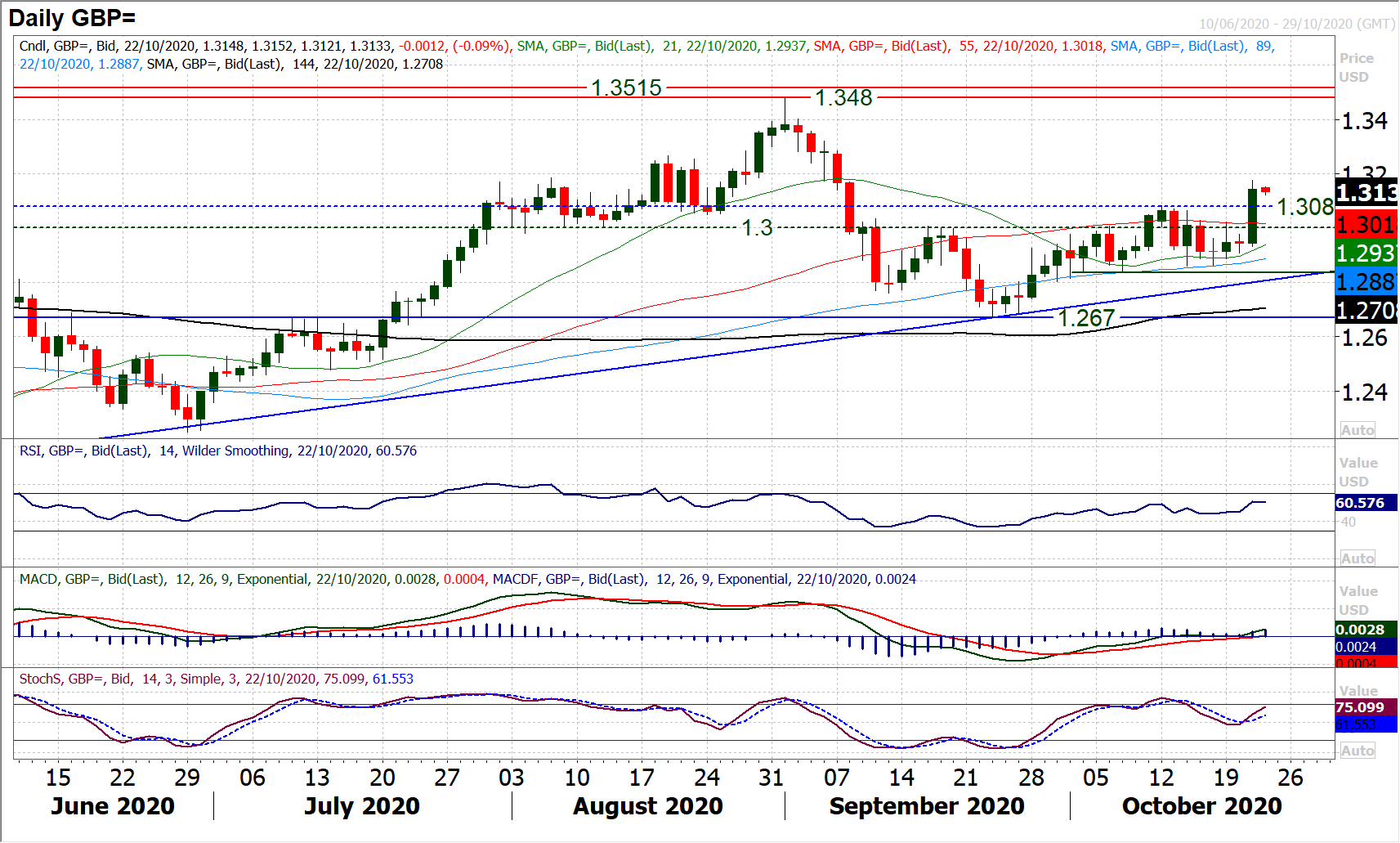 This is what the technical on GBP/USD are also telling us.

At a six week high, confirmed with improving (and positively configured) momentum indicators. Near term supported weakness back into 1.3000/1.3080 is now a chance to buy.

Having broken out above 1.3080 this move can be taken as a continuation of the base breakout and 1.3330 is a valid implied target still.

Furthermore, there is upside that is open potentially even towards the September high of 1.3480.

Initial resistance at 1.3175 from yesterday’s high which has induced a little pullback, but already this morning there are signs of support forming above 1.3080 at 1.3120.