The GBP/USD exchange rate starts the new week 0.40% higher at 1.2974, despite the gains analyst and technical forecaster Richard Perry of Hantec Markets says the pair will likely struggle to hold ground above 1.30.

A tick back higher this morning will encourage the sterling bulls.

This is a positive reaction to the suggestion from the UK side that agreement over a Brexit trade deal is breaking down. 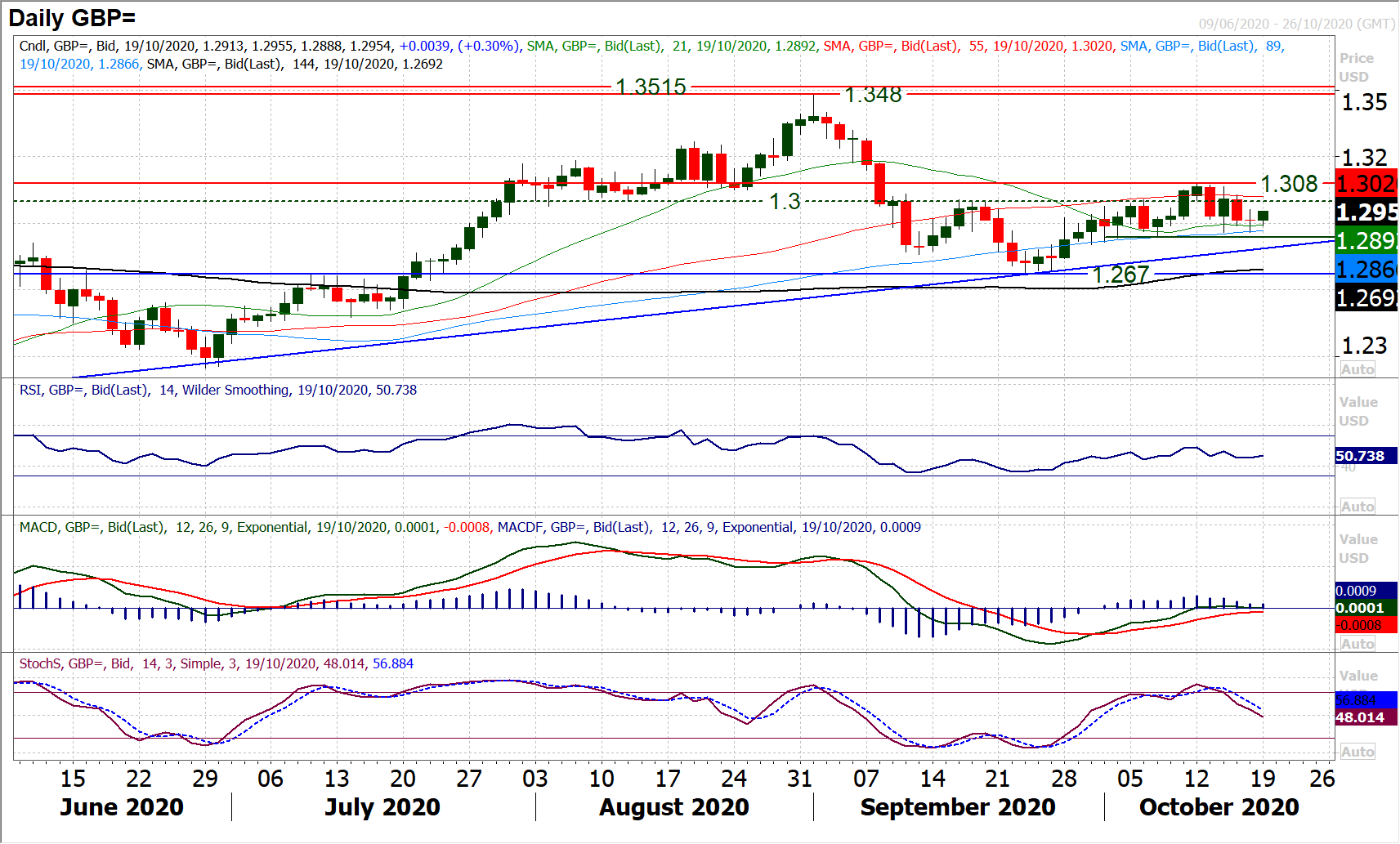 The market clearly sees this as a negotiation tactic (GBP/USD would be sharply back lower on a confirmed “no trade deal” scenario) and there is still hope for a deal.

Technically, momentum is flat on RSI and MACD, whilst Stochastics are still suggesting a negative bias despite today’s early rebound.

A run of lower daily highs continues, so the bulls will be eyeing a close above 1.2960 (Friday’s high) to begin to improve the outlook.

Although no agreement has been reached yet between the EU and UK on a post-Brexit trade deal, there were suggestions over the weekend, that there could be changes to the controversial UK Internal Market Bill in order to ease the log-jam.