The GBP/USD exchange rate has powered higher by 0.60% at the start of the new week and is seen at 1.2836, however the gains are not yet quite convincing enough to convince analyst and technical forecaster Richard Perry of Hantec Markets that Sterling's outlook has shifted from negative.

GBP/USD has been trending lower for nearly four weeks now. This trend has formed lower highs and lower lows, and turned a bullish medium term outlook into a neutral one.

As there has been an early tick higher this morning, we see that this downtrend is being tested and is close to being broken. 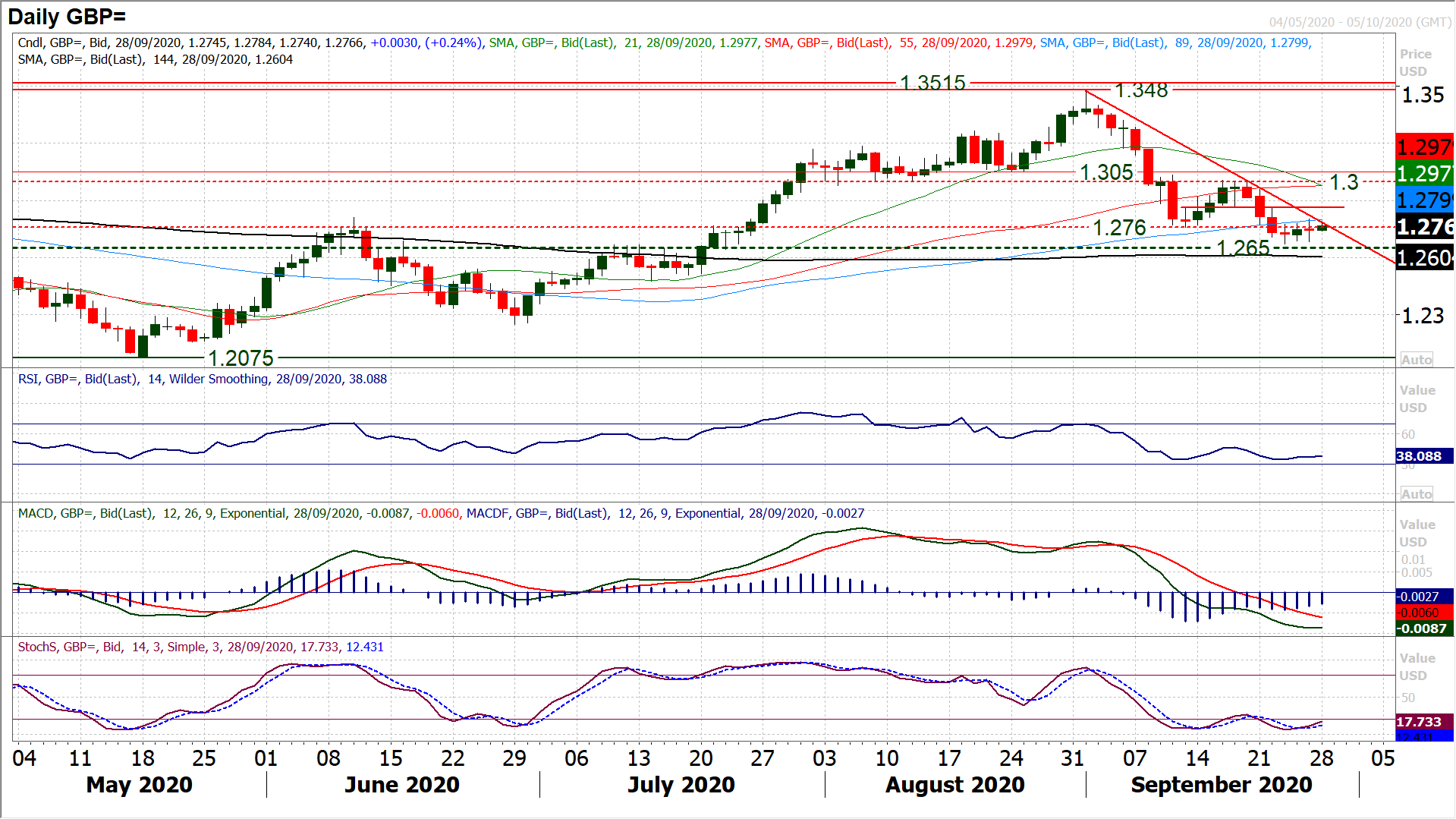 This is coming as the selling pressure has just paused in recent sessions and GBP/USD has formed a number of consecutive neutral to slightly positive candles.

However, consolidation breaking a downtrend is not bullish, it is just questioning the pace of the corrective move.

There is a pivot around 1.2860 which needs to be broken for an improving outlook to take hold.

Momentum indicators are still in their corrective configuration and suggest that near term rallies are still going to struggle.

We still prefer to position for pressure on 1.2650/1.2670 support, where a close below would turn the market decisively corrective. It would need a close above 1.3000 to turn Cable bullish now.