The EUR/USD exchange rate is quoted at 1.1674 ahead of the weekend having tentatively snapped a series of daily declines on Thursday. Analysts and technical forecaster Richard Perry of Hantec Markets says the outlook remains decisively corrective.

After the dollar went on a surge of strength earlier this week, the move has just begun to consolidate slightly in the past 24 hours.

Picking up from 1.1625 yesterday, a mild positive candle formation on the daily chart has just tempered the negative pressure on EUR/USD.

The outlook recently turned decisively corrective with closing breaches of the support band 1.1695/1.1750. This band now becomes resistance of overhead supply for a rebound. 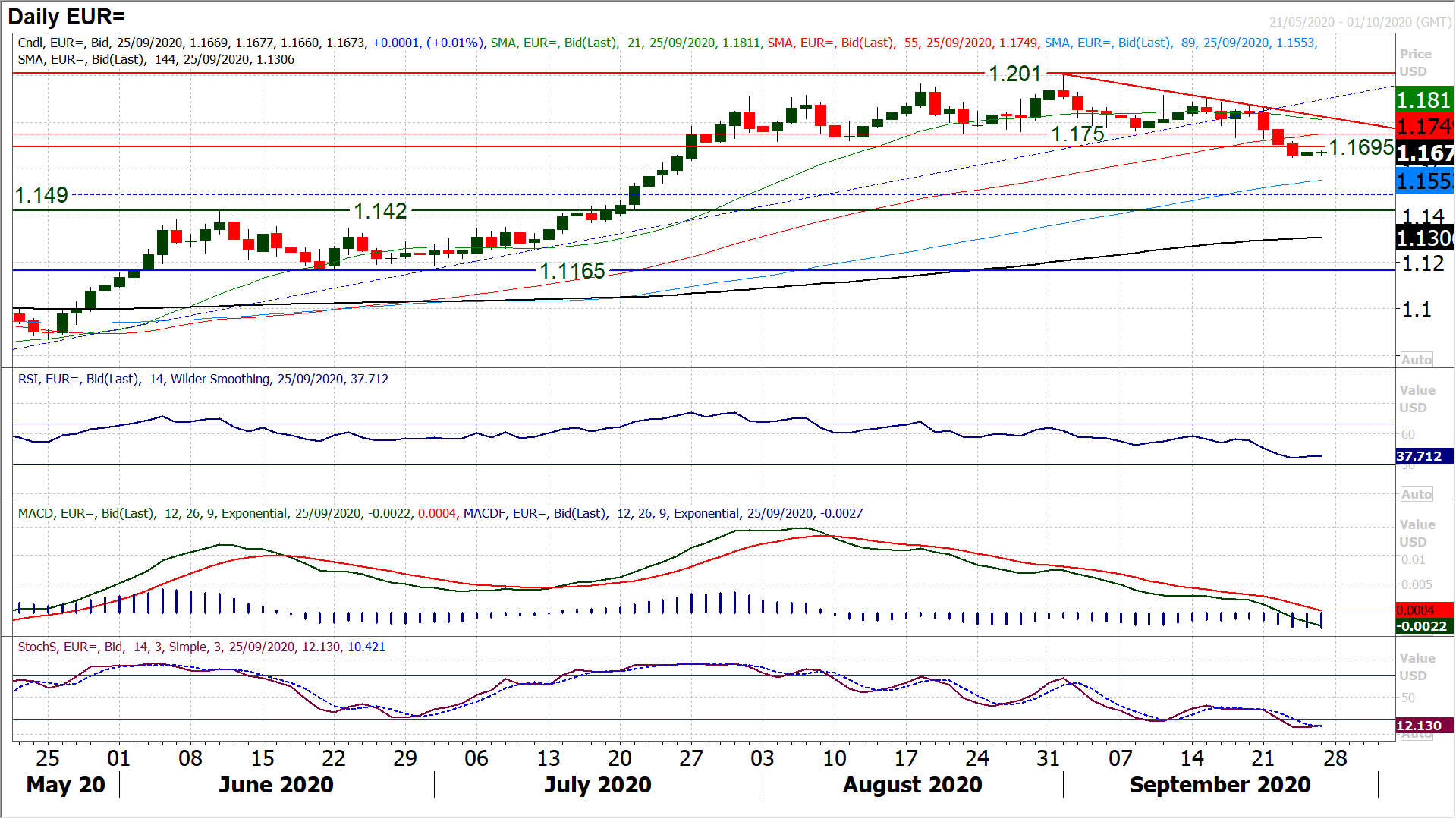 There is room for a little pullback rally near term, with the downtrend of the past three weeks sitting around 1.1825 today. We look towards momentum indicators to signal how far a rally could go and the next likely selling area.

The daily RSI into the 30s could rebound towards 50 whilst Stochastics could also rebound into the 30/40 area.

The past 24 hours have just seen a slight pause in the recent risk negative/dollar positive move across major markets.

It comes as some chinks of light start to form in the will they/won’t they saga of a US fiscal support package.

The Democrats have drafted a $2.4 trillion package that want to negotiate on and potentially hold a vote next week. It would be another shift in the risk narrative and help to improve sentiment once more if it is achieved.

It comes with the dollar rally also on pause. The question for traders is whether this is a consolidation for the dollar strength before a further surge, or a reversal.

Newsflow on this US fiscal support package will certainly have a part to play.

It comes with other greenshoots of good news on Brexit trade negotiations, where the foundations of another round of negotiations have been laid for next week.

However, news of the development of COVID second wave infections and the response of authorities over social restrictions could be the difference as to whether we move into a new trading week with positive risk appetite.

For today, a mild positive bias, but will the weekend change all of this?