The EUR/USD exchange rate is quoted at 1.1699 in mid-week trade and further losses are possible as technical signals suggest the market has topped out, according to analyst and technical forecaster Richard Perry of Hantec Markets.

The euro is under mounting pressure now.

Two decisive negative candles in the early part of this week have completely changed the outlook.

A strong bear candle that closed below the support at 1.1750 has now been followed by an early move this morning to breach 1.1695. This is the market now looking to confirm a topping out. 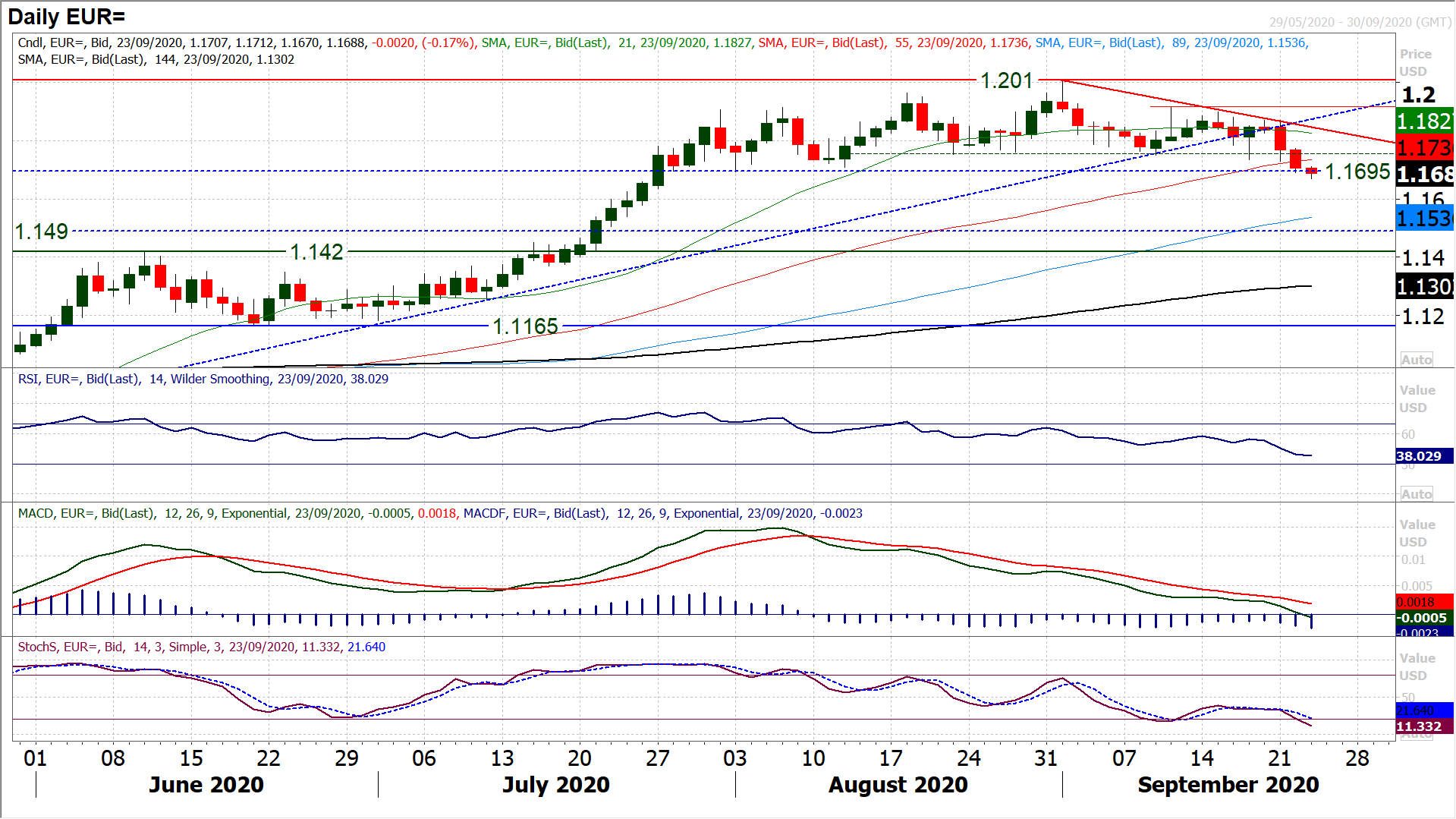 A close below 1.1695 would be the confirmation of a downside break of a two month trading range (effectively a top pattern) that implies around -300 pips of further downside in the coming weeks.

Momentum is increasingly corrective with RSI into the mid-30s whilst also having downside potential.

Increasingly the outlook is becoming one where intraday rallies are a chance to sell now, and any bull failure between 1.1695/1.1750 would add weight to this strategy.

This equates to two month lows on EUR/USD whilst gold has also broken decisively below $1900. The Reserve Bank of New Zealand maintained a fairly steady ship on monetary policy (rates at +0.25%, asset purchases steady at NZD 100bn) and kept the door open to negative rates.