The GBP/USD exchange rate holds above 1.30 at the start of the new week and month, following a 2.30% advance on in the week prior. Analyst and technical forecaster Richard Perry of Hantec Markets says a downside corrective move could now be developing on GBP/USD.

With momentum stretched after an accelerating bull run, the bulls will need to react to Friday’s stalling candlestick to prevent what could be a corrective move developing on GBP/USD.

A candlestick that hinted at exhaustion on Friday, was arguably a shooting star, came after a succession of strong bull sessions.

The RSI is historically stretched around 80 and with traders coming back in on Monday morning to see a consolidation, there is a battle for control. 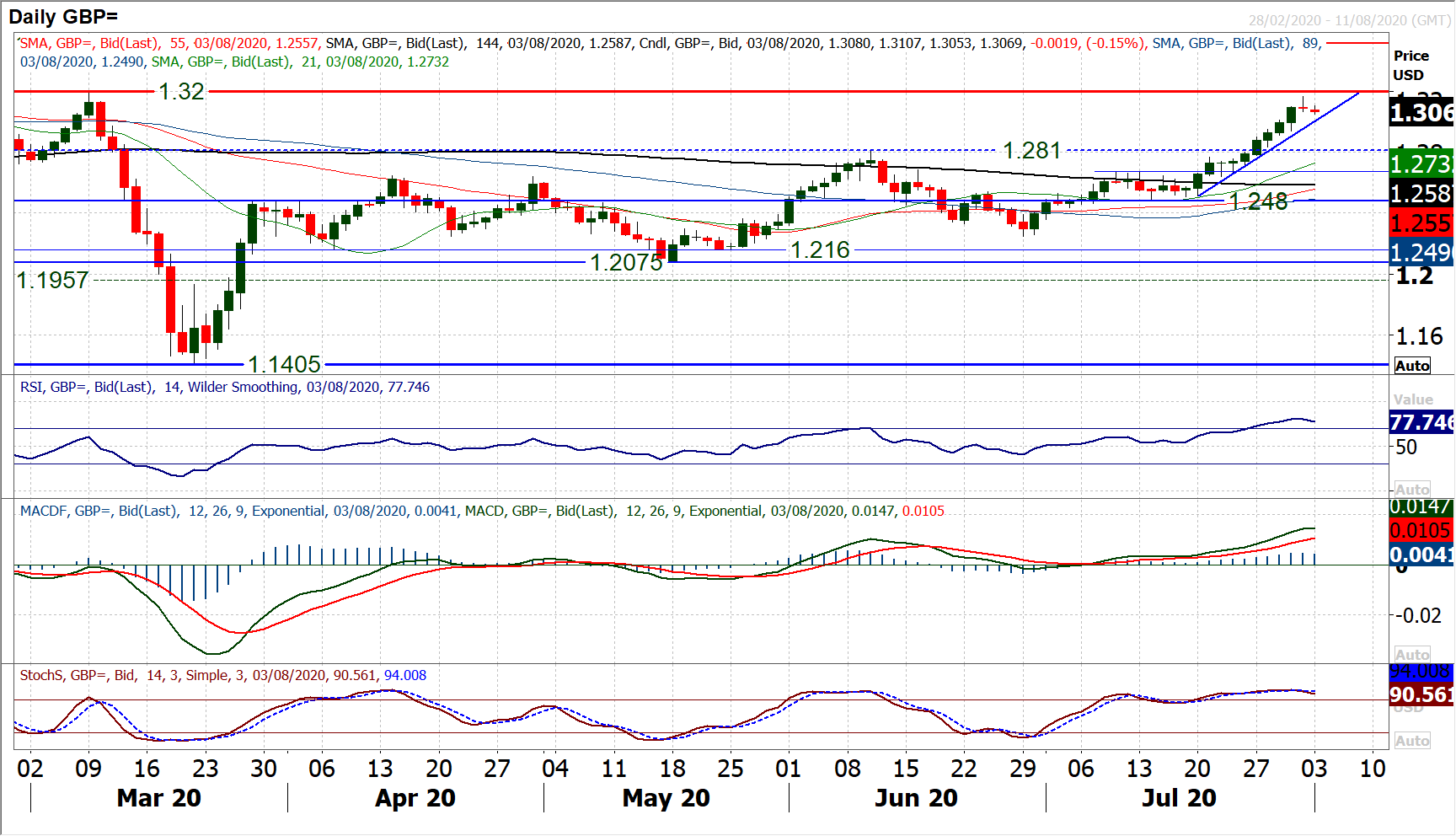 Can the bulls prevent the urge to take profits now on an impressive run higher? The hourly chart is hinting that the set up is less positive than it has been for over a week, but is still relatively positive.

The support of a two week uptrend comes in around 1.3000 this morning, and hourly chart moves show that there is a basis of support 1.2950/1.3000 which would be the first real band of support to be tested.

Coming into the European session, there is a lack of conviction in moves and a lack of direction.

The resistance at 1.3200 was considerable earlier in the year, and could again be the excuse for GBP/USD bulls to take a step back once more. As yet though, no conviction.