The EUR/USD exchange rate has pared its impressive July rally further at the start of the new week, with the pair now quoted at 1.1760. Analyst and technical forecaster Richard Perry of Hantec Markets says a degree of corrective slide could be developing.

The euro has rallied a long way in the past month. An accelerating bull move added over 700 pips but the move looks to be beginning to stall now.

We see similar hallmarks to the move of early June, where an acceleration higher stuttered initially before one more pull higher prior to an unwind. With the RSI recently peaking over 80 and beginning to tail off, along with bear crossing on Stochastics, we see this as being a similar situation now. 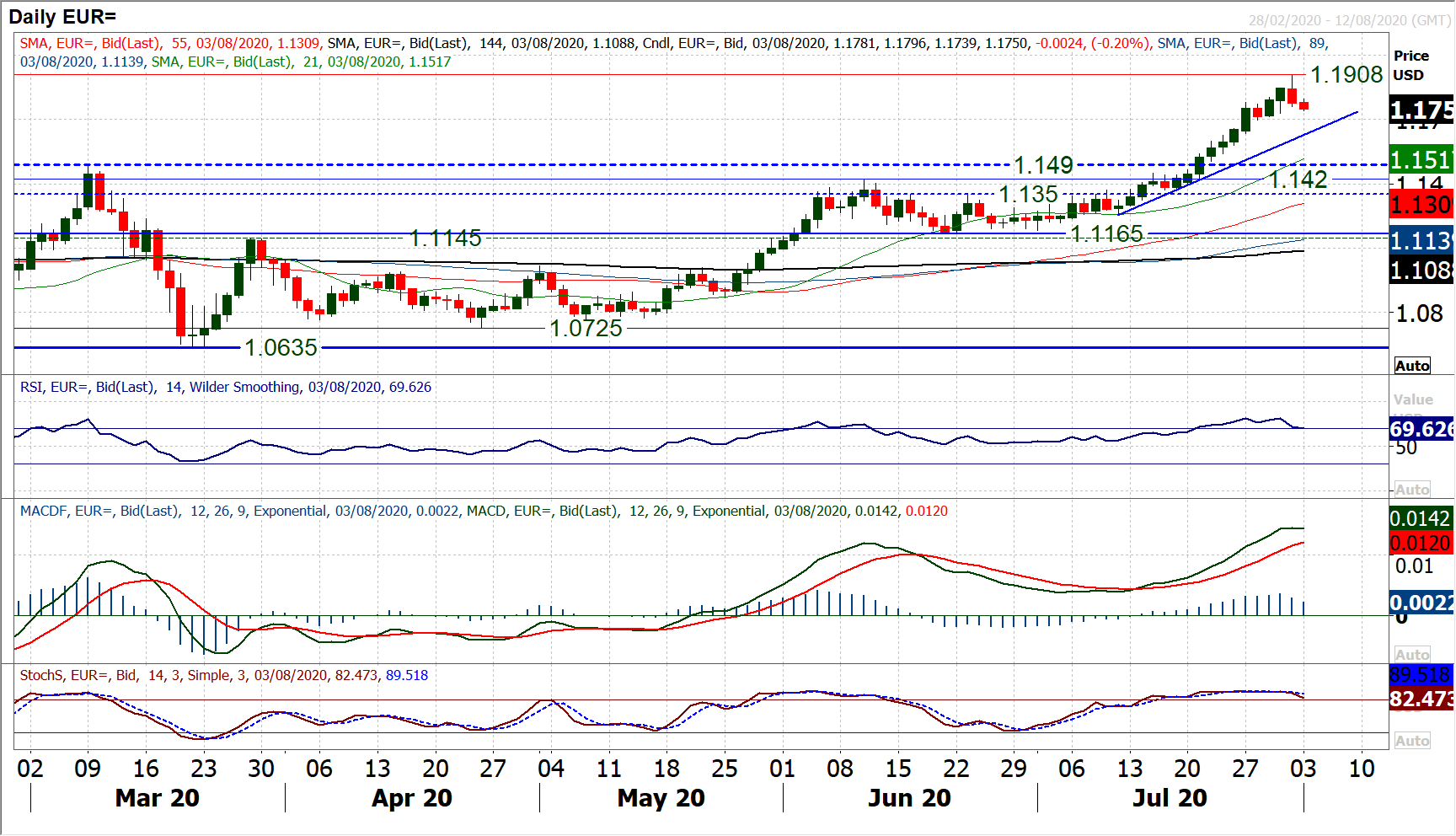 Friday’s -70 pip decline and decisive negative candle suggests that a degree of corrective slide could be developing.

The hourly chart is beginning to threaten a correction and how the bulls respond to Friday’s sell-off could be key today.

There has not been two consecutive negative sessions since late June.

A move under 1.1730 would complete a near term topping pattern, breaking the run of higher lows, and develop a new negative trend set up. Below 1.1680/1.1700 would open a deeper corrective unwind. Today’s intraday high of 1.1795 is the first line of resistance.