The gold price remains locked in a run of positive daily closes and is currently seen at $1958/ounce. Analyst and technical forecaster Richard Perry of Hantec Markets says despite the move being stretched, the bulls don't yet appear ready to give in.

With volatility elevated on gold, we are seeing sharp intraday swings now.

In yesterday’s session, it looked as though the profit-taking was kicking in with a -$73 decline from the $1980 session high. However, a swing back higher into the close leaves the rally at an intriguing point.

The reaction into the close last night would suggest that the bulls are not quite ready to give in.

Despite this, the daily chart shows another positive close last night and a run higher that continues. 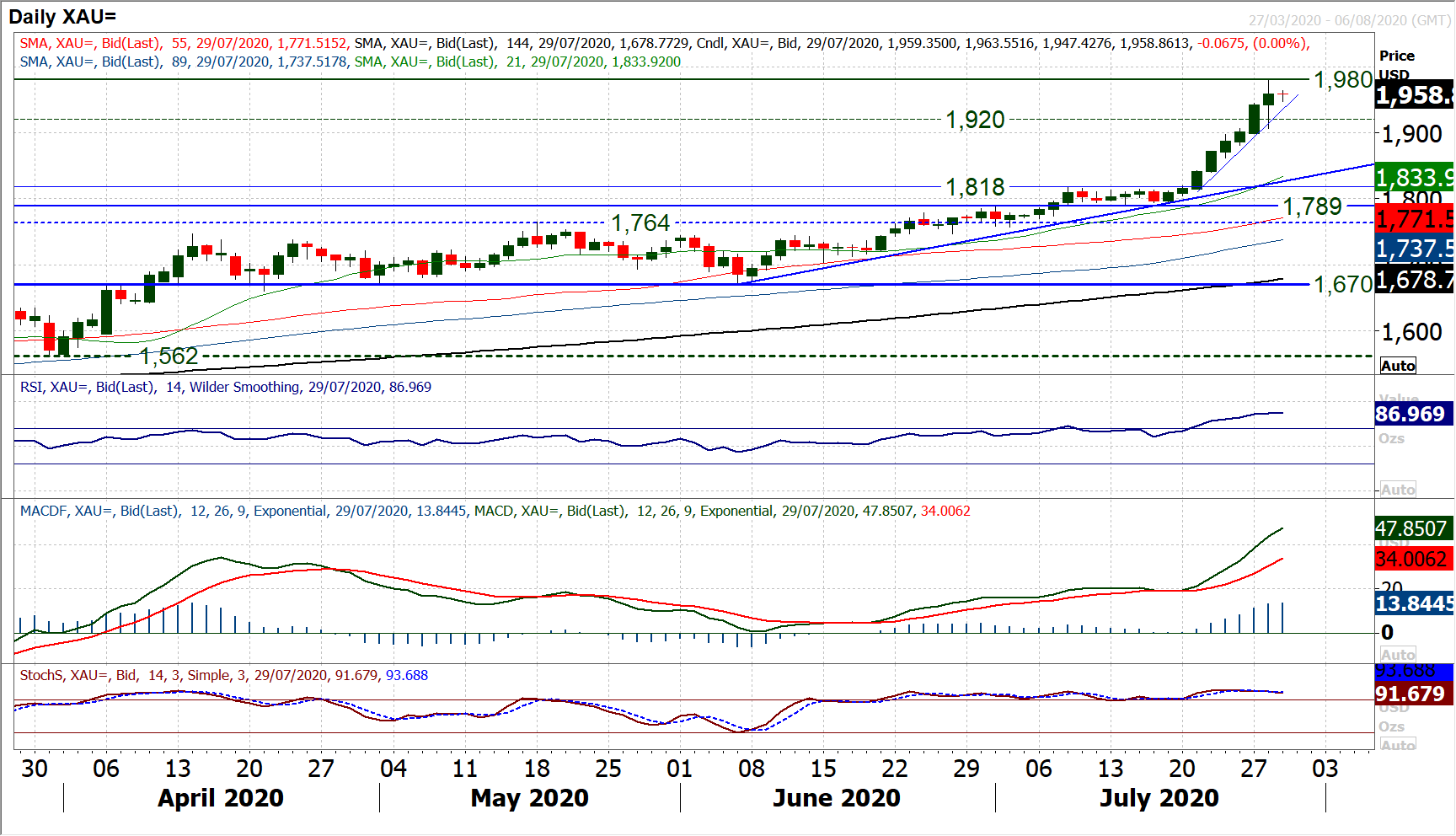 However, momentum is incredibly stretched on a near term basis (RSI in the mid-80s is record levels).

This leaves the gold bull run in its maturity and at risk of near term profit-taking. This is reflected in momentum signals on the hourly chart, which suggest a loss of impetus.

All this coming ahead of the FOMC meeting tonight leaves traders in a sticky position. Whilst gold continues to tick higher, it is hard to back against the run, but once there is a decisive move to take profits, there could also be a sizeable retracement (which we would still ultimately see as another chance to buy).

Markets Calm Ahead of Fed Meeting

Huge increases in COVID-19 infections and deaths have driven several US states to reverse their economy re-opening procedures and reintroduce containment measures.

The impact this is expected to have on US economic underperformance in the coming months has driven yields lower and the dollar selling pressure.