The GBP/USD exchange rate has made another push higher in the mid-week session to quote at 1.2968, a new four-month high. Analyst and technical forecaster Richard Perry of Hantec Markets tells clients he continues to favour Sterling but the FOMC event later today could complicate matters.

We hold a broadly negative dollar outlook, but there are still likely to be some retracements within this weakness.

On GBP/USD there was a key break higher above $1.2810 on Monday, in a move which continued yesterday as the bulls still saw intraday weakness as a chance to buy. 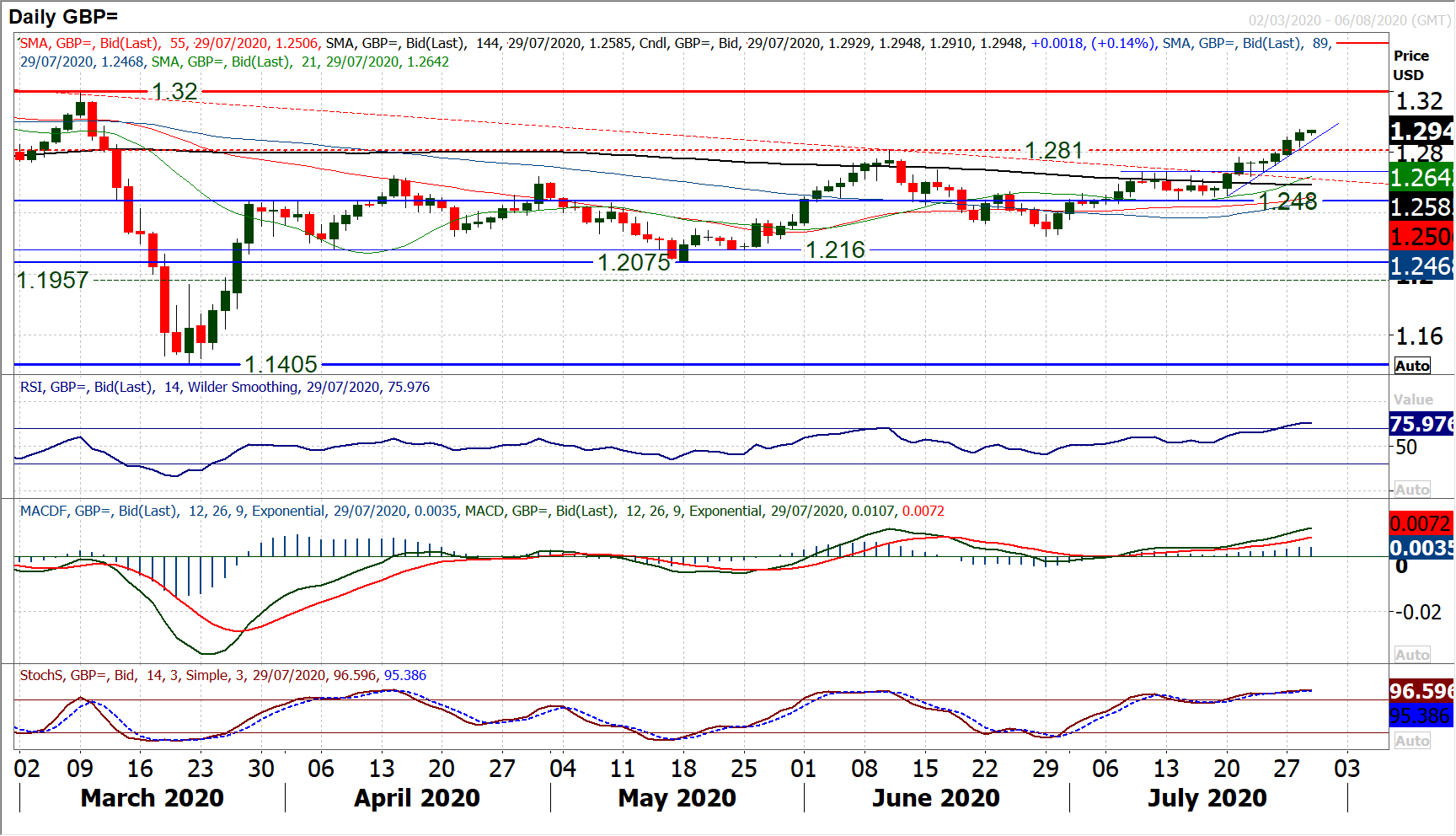 Momentum is strong with this move, but immediate upside potential could be limited by the RSI which is stretched at over 70.

There is a near term uptrend which comes in at $1.2870 today which can now be used as a gauge for the strength of this bull run.

As the market begins to consolidate moving into the European session this morning, the hourly chart is hinting at negative divergences, but as yet no decisive signals.

A failure to continue the run higher and post another higher high above $1.2950 will begin to pose questions of the longevity of this bull run.

If the mini trend is breached, a retreat to $1.2810 initially could be seen and if broken a deeper move back towards $1.2670 again. The Fed meeting tonight will add uncertainty.

Huge increases in COVID-19 infections and deaths have driven several US states to reverse their economy re-opening procedures and reintroduce containment measures.

The impact this is expected to have on US economic underperformance in the coming months has driven yields lower and the dollar selling pressure.