The EUR/USD exchange rate continues to consolidate near multi-month highs and is around 1.1754 in the mid-week session. Analyst and technical forecaster Richard Perry of Hantec Markets says the pair is at risk of a deeper retracement.

There has been a pause in the accelerating bull run, as EUR/USD yesterday posted a first negative candle in eight sessions.

How the bulls react today could determine whether this is now set up to be a retracement move or just a consolidation.

With the RSI reaching 81 on Monday, this was the highest level since 2008, and is clearly stretched.

Second successive negative candlestick today would be the first instance in over a month and increase the retracement potential. 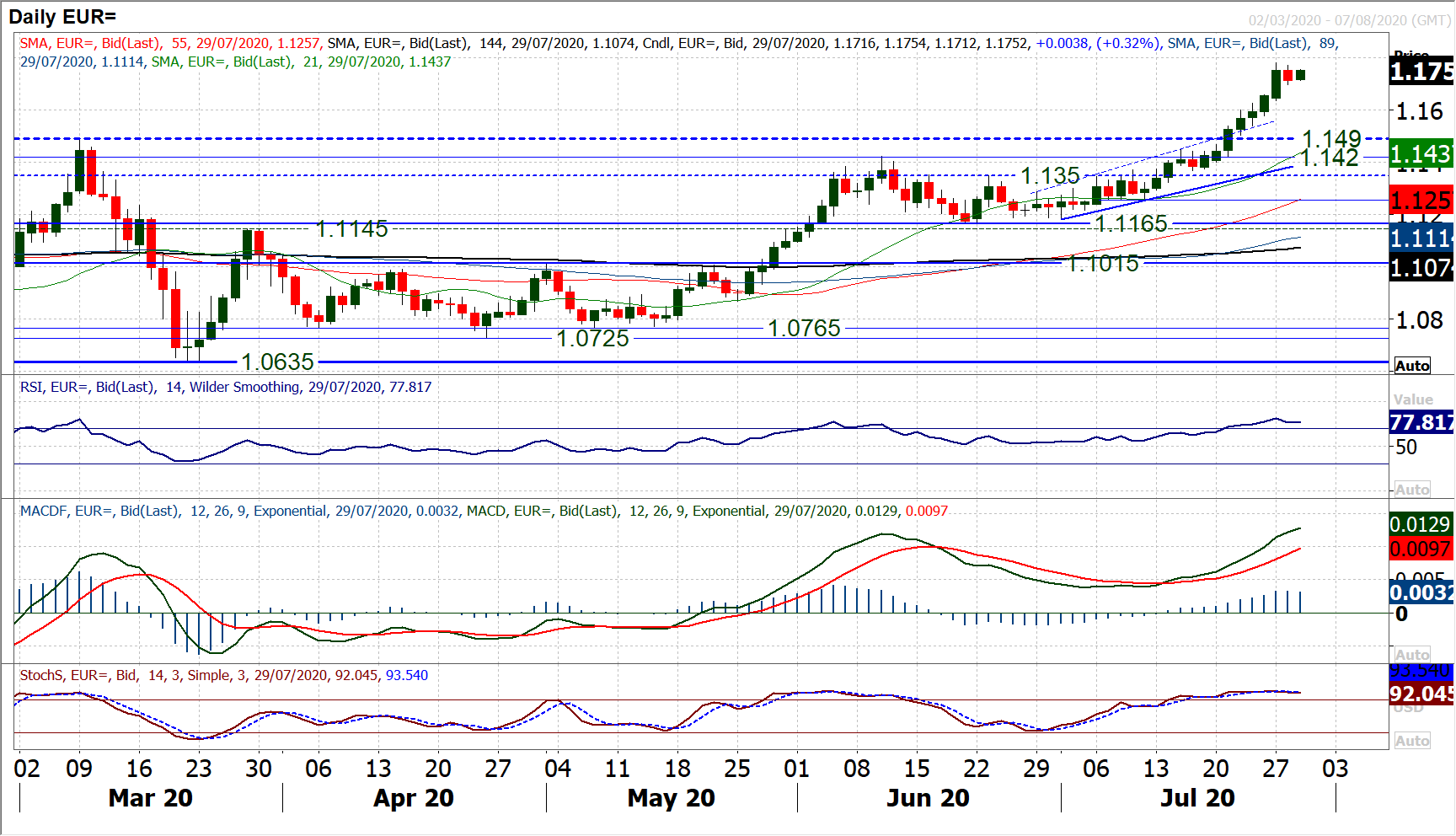 Yesterday’s low around $1.1700 will also become a gauge, for if the market begins to form lower highs and lower lows, this will add weight to corrective pressure.

On the hourly chart we have been seeing the 55 hour moving average as a basis of support throughout the bull run, and could give a first indication of bull control easing.

For now though, the market has ticked higher this morning and holding a move above $1.1745 would certainly encourage the bulls to have another go at $1.1780 and continue their run.

Dollar Selling Eases Ahead of FOMC

Huge increases in COVID-19 infections and deaths have driven several US states to reverse their economy re-opening procedures and reintroduce containment measures. The impact this is expected to have on US economic underperformance in the coming months has driven yields lower and the dollar selling pressure.