The EUR/USD exchange rate has been dragged back below 1.13 over the course of the past 24 hours with analyst and technical forecaster Richard Perry of Hantec Markets saying a budding uptrend might have been thwarted.

Has this been another false move on EUR/USD. Early in yesterday’s session, the dollar bulls were on the ropes as the pair had pulled through the resistance of $1.1350.

However, a failed upside break saw a turn lower to leave resistance at $1.1370 and form a negative candle. 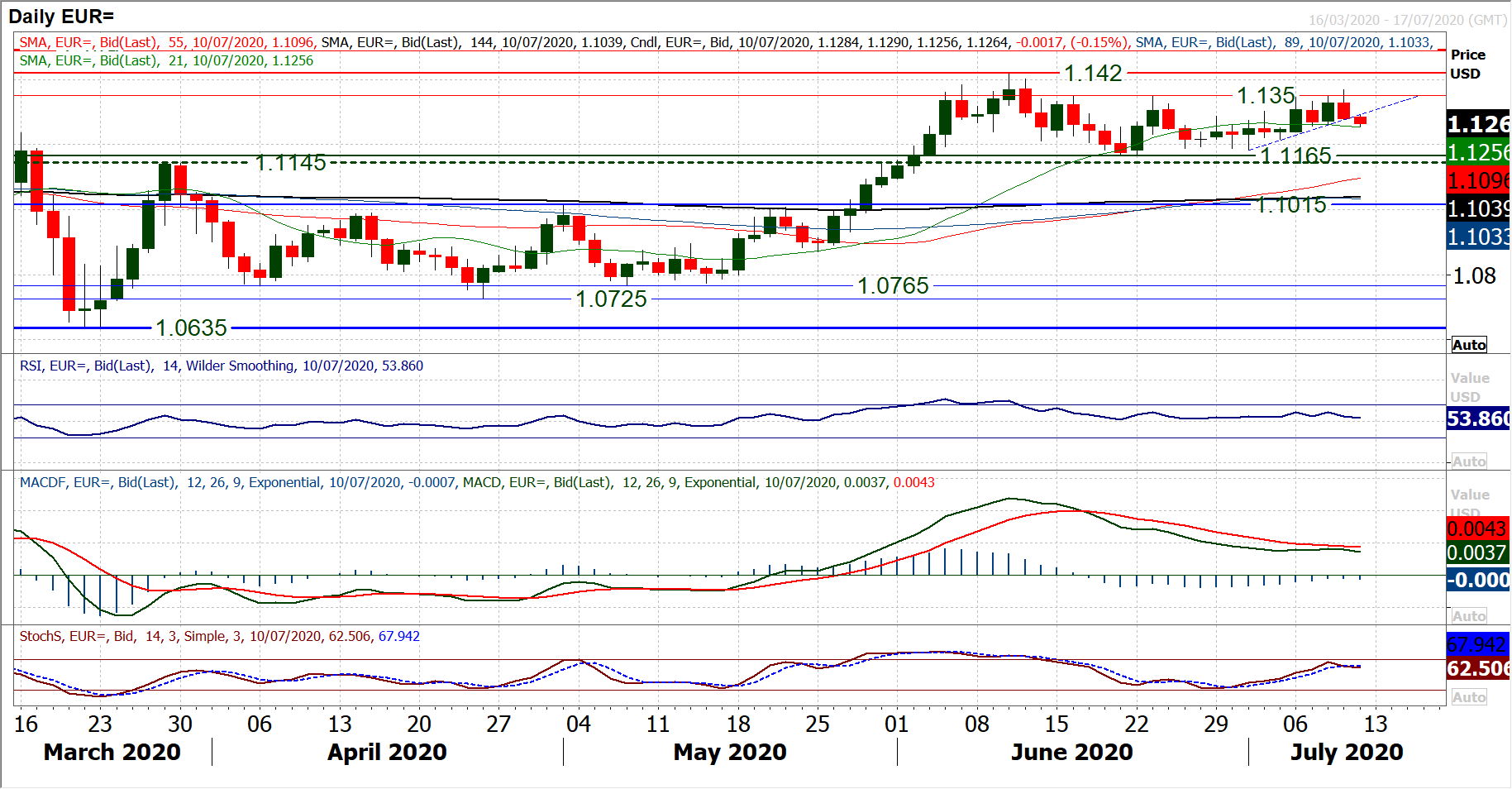 Already this move has breached what was a building mini uptrend in EUR/USD and is certainly a disappointment for long positions looking for a breakout of what is still a medium term range.

Does this now mean that EUR/USD will be swinging lower within the range back towards the lows around $1.1165/$1.1190 again? A close under initial support at $1.1250 may well determine this.

Also watch daily RSI for a move below 50 which would suggest growing negative momentum bias. Our preference remains to buy into supported weakness within the range, so this move is likely to be the source of another chance to buy.

Playing this range in recent weeks shows the need to have limited time horizons for long positions and active use of stops. The latest disappointment from yesterday once more reflects this as resistance has firmed between $1.1350/$1.1370.

The threadbare economic calendar throughout this week has weighed on markets.

Traders have been looking elsewhere for a steer on sentiment, and they are finding a string of negatives to weigh on the mind.

US COVID-19 infection rates are rising at record levels, now growing by 60,000 per day.

President Trump may try to spin this by talking about improved testing, but increasing numbers of daily deaths is the true barometer (now rising at the highest rate since early June).

With several of the major southern states re-engaging lockdown procedures (and also New York too), this will hit the economic data for July.

Markets are beginning to respond to this. Market breadth on equities does not look great right now. The mega-cap tech stocks look good still, but delving deeper into the old economy stocks, the outlook for US equities becomes more concerning.

Treasury yields are reacting lower, with a “bull flattening” move on the yield curve. Yield spreads are around 10 week lows on the curve and this is risk negative.

This negative risk bias is now impacting through forex markets where the dollar (still playing as a safe haven) is benefitting along with he Japanese yen.

Equities are lower, and oil (playing on the reduced demand fears) is also beginning to slide.

There is little once more on the economic calendar to change the narrative today, so unless there is some positive news out there, sentiment could struggle into the end of the week.