Richard Perry at Hantec Markets says the Euro is likely to maintain a positive trend against the Dollar despite bulls being left frustrated by the nature of recent price action.

The last couple of candlesticks sum up fairly well the growing medium term position on EUR/USD.

A strong positive candle followed by a retracement negative candle not entirely unwinding the move but which leaves the bulls again frustrated.

It leaves the pair all but in the middle of a trading range $1.1165/$1.1420 but taking a step back, EUR/USD is far more positively configured into Q3 than was during the first half of the year.

Momentum indicators retain a slightly positive bias as RSI holds above 50, Stochastics rise above 50 and MACD lines are and in a mild drift above neutral. Our strategy continues to be buying into weakness within the range for an eventual upside break and test of $1.1490. 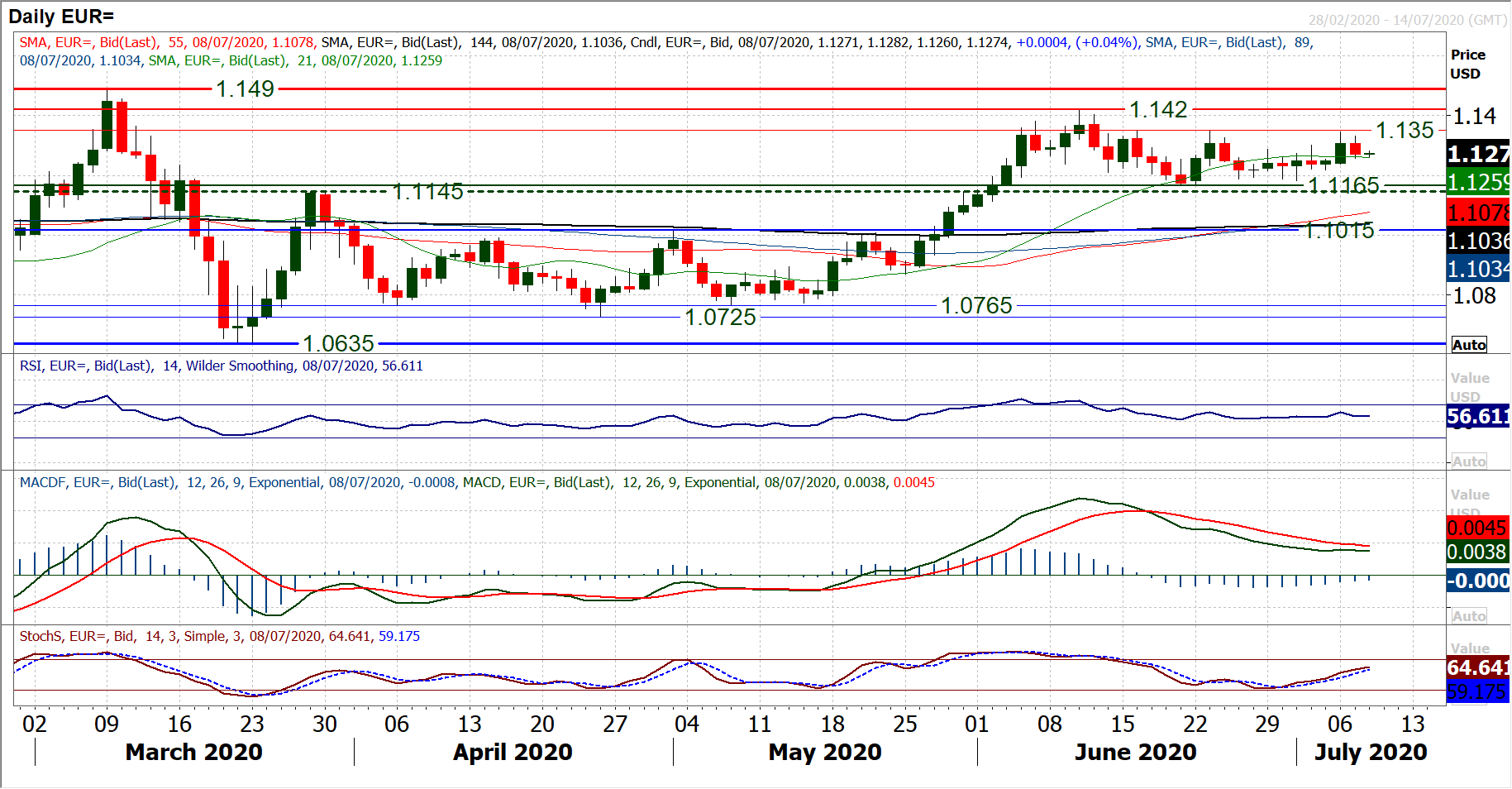 The problem is that the bulls just cannot hold traction. Resistance at $1.1350 is growing, after three times the market failing there. Initial support is now $1.1215/$1.1255 and weakness into there is an opportunity. Holding upside traction is the next step for the bulls.

European look set for a mildly negative early session, with FTSE futures -0.8% and DAX futures -0.7%. In forex, there is little direction, aside from a mild underperformance from AUD and NZD along with risk aversion. In commodities, gold and silver are consolidating, whilst oil is a shade lower by around half a percent.

It is a quiet day for the economic calendar today. The EIA Crude Oil Inventories at 1530BST are the only significant release. Oil stocks are expected to drawdown by another -3.4m barrels (after last week’s surprise -7.2m barrels of drawdown).