The gold price is quoted half a percent higher at $1788 at the start of July, concerning the outlook analyst and technical forecaster Richard Perry of Hantec Markets says this breakout looks to be made on more solid ground.

Gold broke the shackles of a two month consolidation range last week as it moved higher through the old key May peak of $1764.

After a few days consolidating this breakout, the gold bulls are again pushing ahead.

Yesterday’s close beyond resistance at $1779 continues the move as the uptrend of the past three weeks guides the market to new multi-year highs.

This breakout looks to be made on more solid ground, with decisive strength of momentum. Stochastics are holding consistently above 80, whilst RSI is into the high 60s and MACD lines are tracking decisively higher. 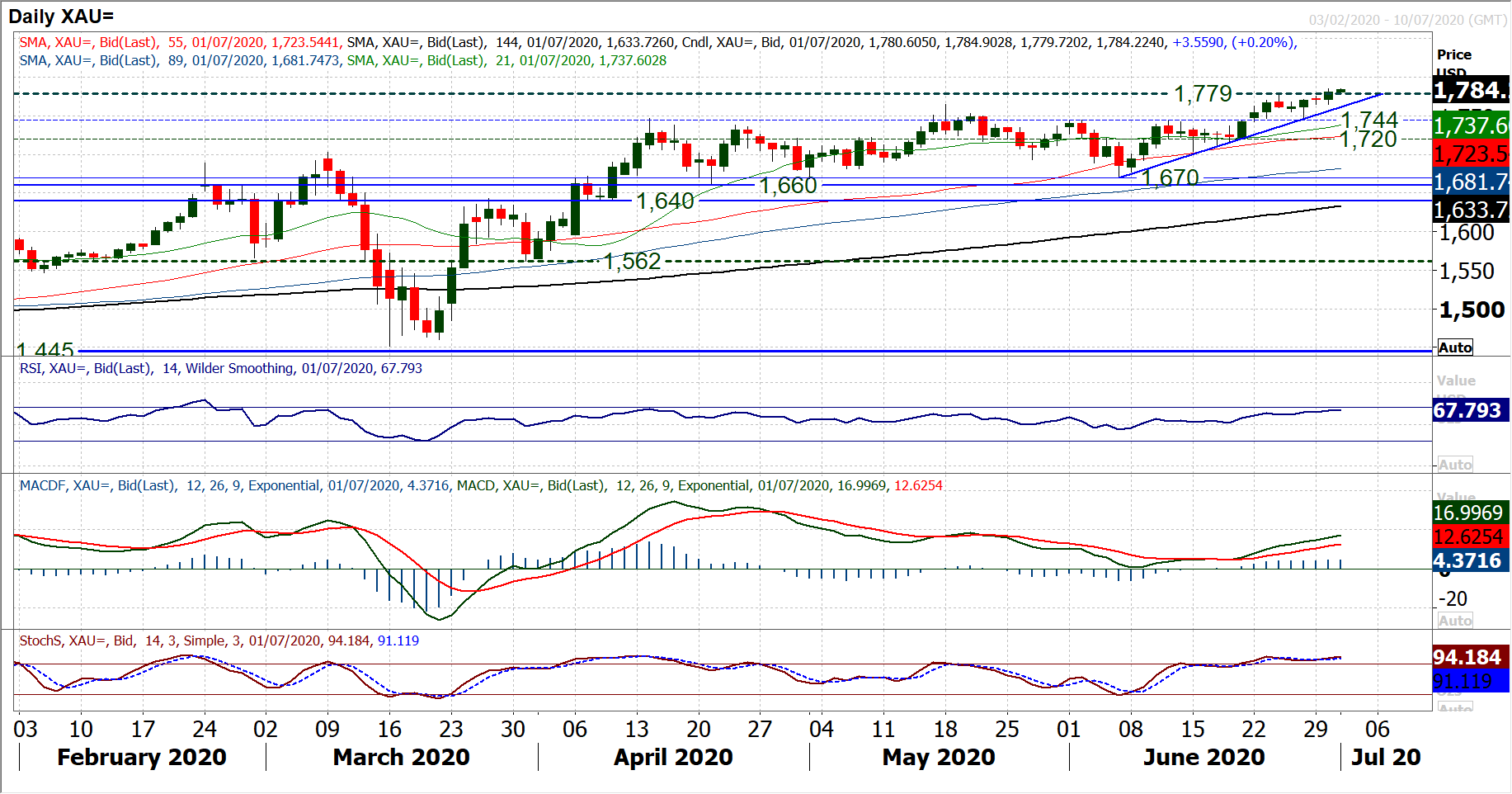 We see the way towards at least a test of the old 2012 high at $1795, whilst the bulls will be encouraged that beyond that resistance there is little to prevent a run towards the all-time high of $1920.

The hourly chart shows the bulls already looking to build support at the $1779 breakout this morning.

We would still look to use near term weakness as a chance to buy, with a band of initial support $1765/$1779. The support of the near four week uptrend comes in at $1761 today. We remain bullish whilst $1744 remains intact.

This tends to come with more positive risk environment, which is good for equities but less so for gold.

The PMI data (manufacturing and services) and crucial US jobs data (ADP today, Nonfarms tomorrow) in the coming days could be key to whether this improvement in yields continues.