The EUR/USD exchange rate is quoted at 1.1230 at the time of writing in mid-week trade, analyst and technical forecaster Richard Perry of Hantec Markets says the bull case behind the pair is fading.

The outlook continues to consolidate as another small bodied daily candlestick was posted yesterday.

After the big swings seen early last week have dissipated, even on an intraday basis, conviction has been lost.

After Friday’s doji candle, this week has had two candles that almost entirely cancel each other out. It comes as little surprise then that momentum indicators have moderated and lack conviction too, with RSI and Stochastics flattening. 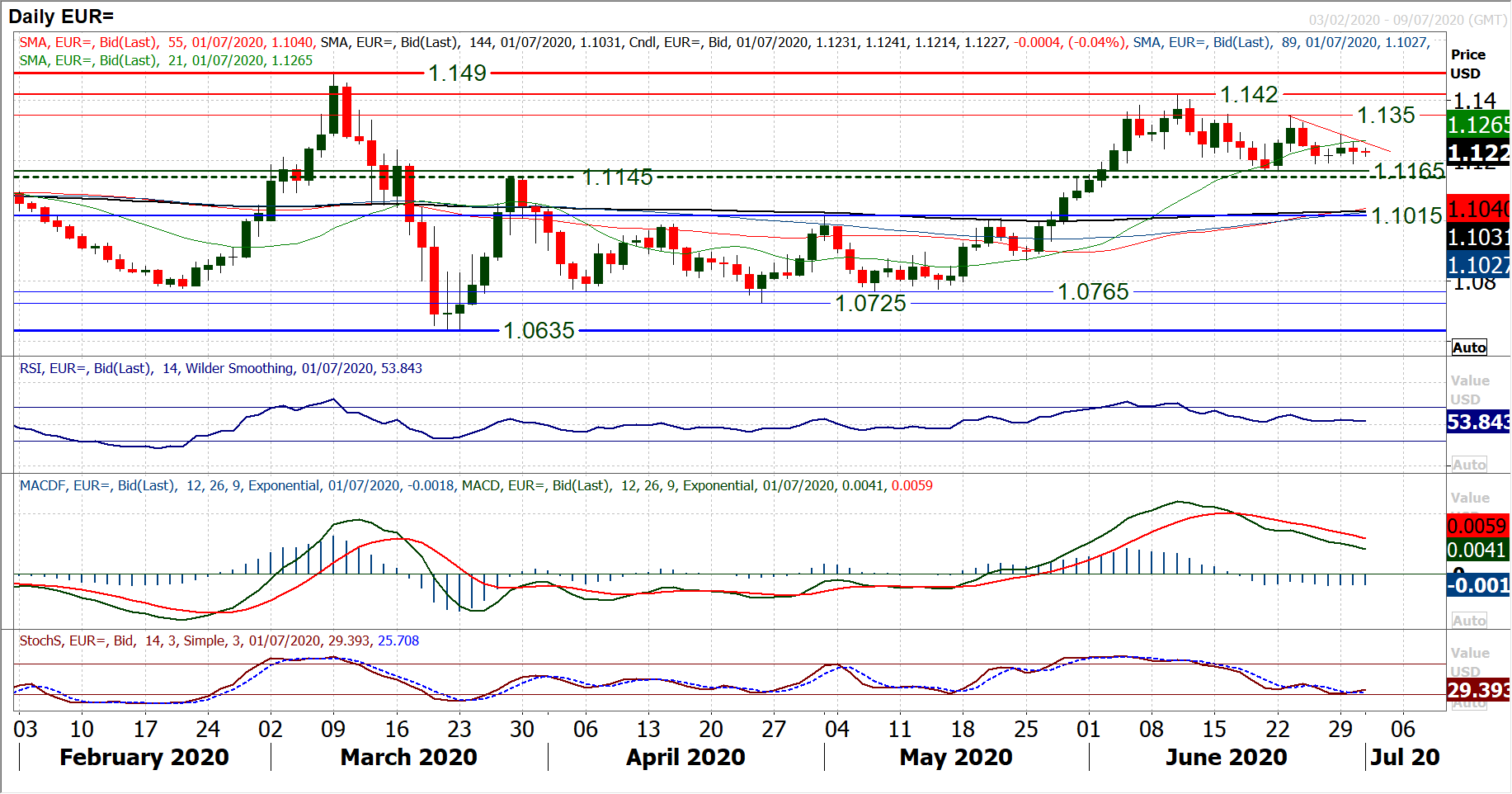 However, with the market faltering slightly once more this morning, there is a hint of negative bias in the market.

This is reflected on the hourly chart, where hourly RSI is gravitating towards 30, Stochastics are pulling decisively lower and hourly MACD lines bear cross at neutral.

This tends to come with more positive risk environment, which is good for equities but less so for gold. The PMI data (manufacturing and services) and crucial US jobs data (ADP today, Nonfarms tomorrow) in the coming days could be key to whether this improvement in yields continues.

European markets are a shade lighter, with FTSE futures -0.2% and DAX futures -0.1%. In forex, there is little real direction once more, although JPY is a mild outperformer (despite a negative read from the Tankan survey), whilst GBP is lower. In commodities, gold and silver are consolidating their breakouts, whilst oil is pulling over 1% higher.

The first trading day of the month is always important on the economic calendar with the announcement of a raft of Manufacturing PMIs. Eurozone final Manufacturing PMI is at 0900BST and is expected to confirm the flash reading of 46.9 (46.9 flash June, 39.4 final May).

There will also be focus on the ADP Employment change at 1315BST which is expected to show growth of +3.000m jobs (a significant improvement on the -2.760m from May). Markets may not read too much into the ADP data though as it spectacularly failed at steering for Nonfarm Payrolls last month.

The EIA Crude Oil Inventories are at 1530BST and are expected to show a drawdown of -0.95m barrels (after a stock build of +1.44m barrels last week).