Gold prices are around $1772 / an ounce at the time of writing on Tuesday and analyst Richard Perry of Hantec Markets says the market remains cautious of pushing towards fresh highs.

If last week was all about the breakout, it would appear that this week is all about consolidating the move.

Since the original March rally tailed off in mid-April, it has effectively taken more than two months for the bulls to make their next move.

However, with several false upside dawns in that time, perhaps it is understandable that the market is taking this breakout with caution.

We are also cautious with our positive outlook on gold. Holding above $1744 will now be a key gauge as to the outlook of the market. 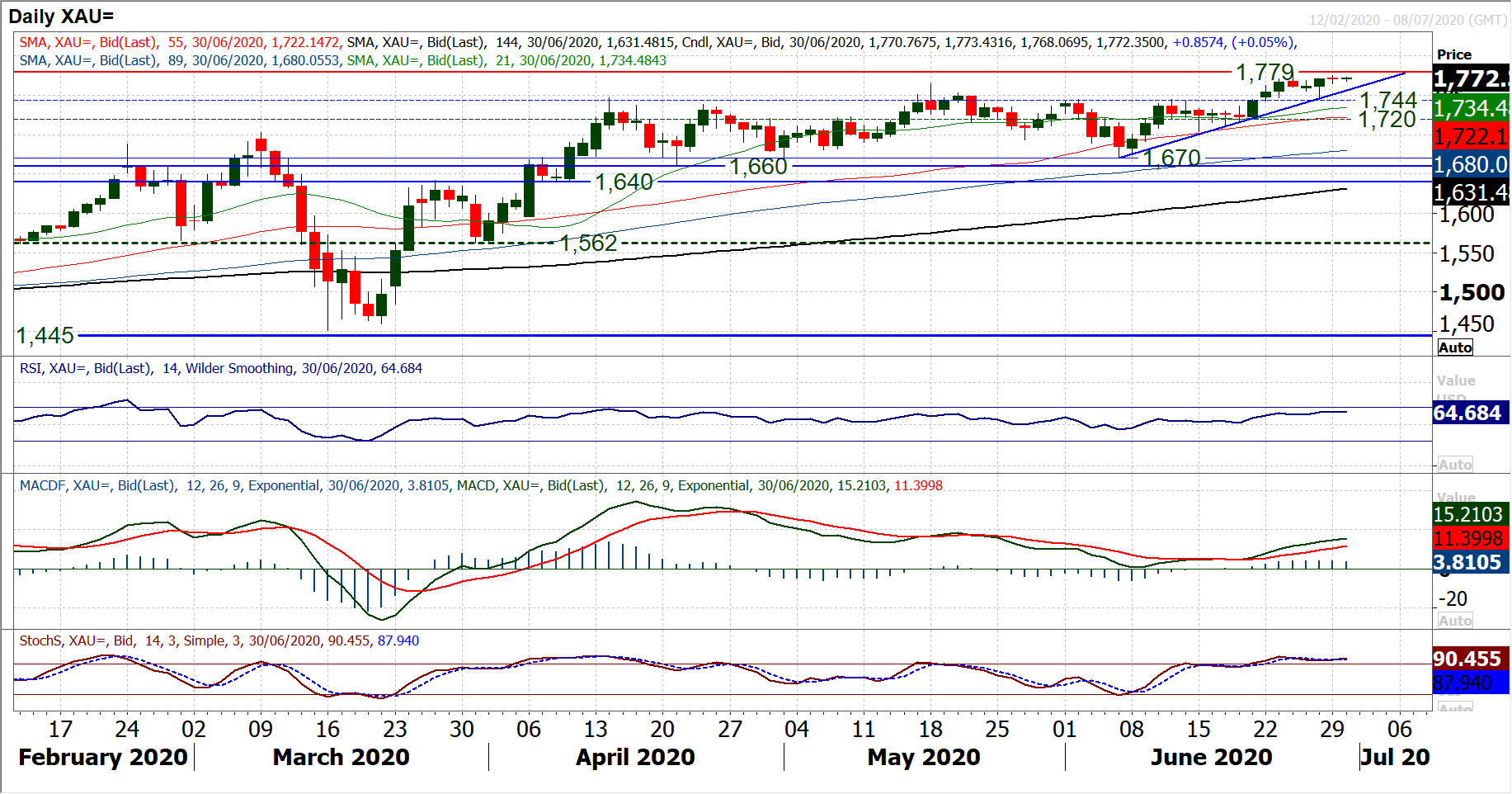 This breakout above $1764 (the old May high) has been consolidated in recent sessions, but the signs are encouraging for the bulls.

Previous moves higher in May and early June came with wilting momentum. However, on this occasion, we see RSI pulling decisively above 60 (the highest since April), Stochastics holding bullish configuration and MACD lines tracking higher.

A three week uptrend lends support at $1756 today and we would look to use supported weakness (holding above $1744, but ideally above the uptrend) as a chance to buy.

The hourly chart reflects a mild consolidation forming, but still holding positive configuration, we prefer another upside break. Below $1744 would defer this outlook, whilst $1720 remains a basis of medium term pivot support.

Whilst yesterday was a good start to the week for risk appetite, it would appear that today is beginning to see markets swing back the other way. It will be interesting to see what the impact on US Consumer Confidence levels are after the easing of lockdown restrictions have been phased back recently.