Having suffered four consecutive days of losses, the GBP/USD exchange rate is now back at 1.2280. Analyst and technical forecaster Richard Perry of Hantec Markets asks whether a major support level will arrest the declines in Sterling.

Another key downside break is taking GBP/USD ever lower within its medium term trading range with the key support band $1.2075/$1.2160 coming closer into view.

Initially it had looked as though sterling was looking to build some sort of support yesterday, but the selling pressure increased as the session wore on and another negative candle has taken the market to a four week low. 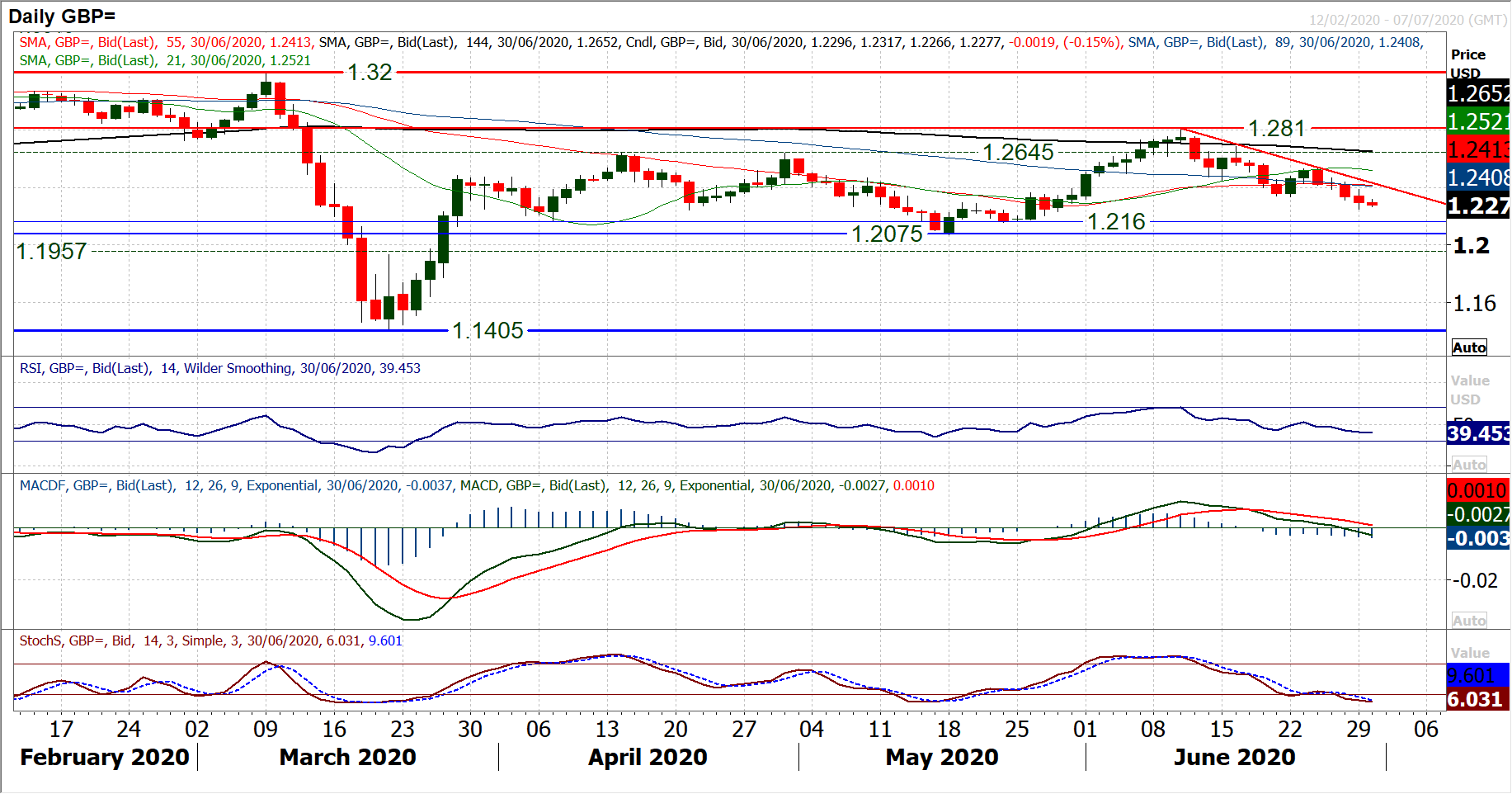 The move is backed by a developing downtrend of the past two and a half weeks, (falling at $1.2430 today), whilst momentum indicators also confirm the ongoing deterioration.

We now see the daily RSI falling under 40 and the last time it was this low was when the $1.2160 low was formed.

With Cable now making consistent lower daily highs, we look to use intraday rallies as a chance to sell for a test of $1.2160 and potentially the key medium term range low of $1.2075.

The hourly chart shows how pivot levels of resistance are being left now. Yesterday’s high of $1.2390 is an increasingly important support, but equally it seems this morning, that Friday’s low around $1.2310 is becoming a new basis of resistance on a rebound.

Whilst yesterday was a good start to the week for risk appetite, it would appear that today is beginning to see markets swing back the other way. It will be interesting to see what the impact on US Consumer Confidence levels are after the easing of lockdown restrictions have been phased back recently.