The EUR/USD exchange rate is lower at 1.1210, meaning the currency pair's retreat from the 1.14 highs of early June are becoming a fading memory. However, analyst and technical forecaster Richard Perry of Hantec Markets says there remains the prospect of a return to recent highs.

Price action on EUR/USD over the past week has created an uncertain outlook now. The market is lacking traction in direction and the recovery trend has been broken.

The pair looks to now be forming a broadening range (around four weeks in duration now).

Momentum indicators are settling down now too, with RSI stabilising around 50 and Stochastics looking to bottom. 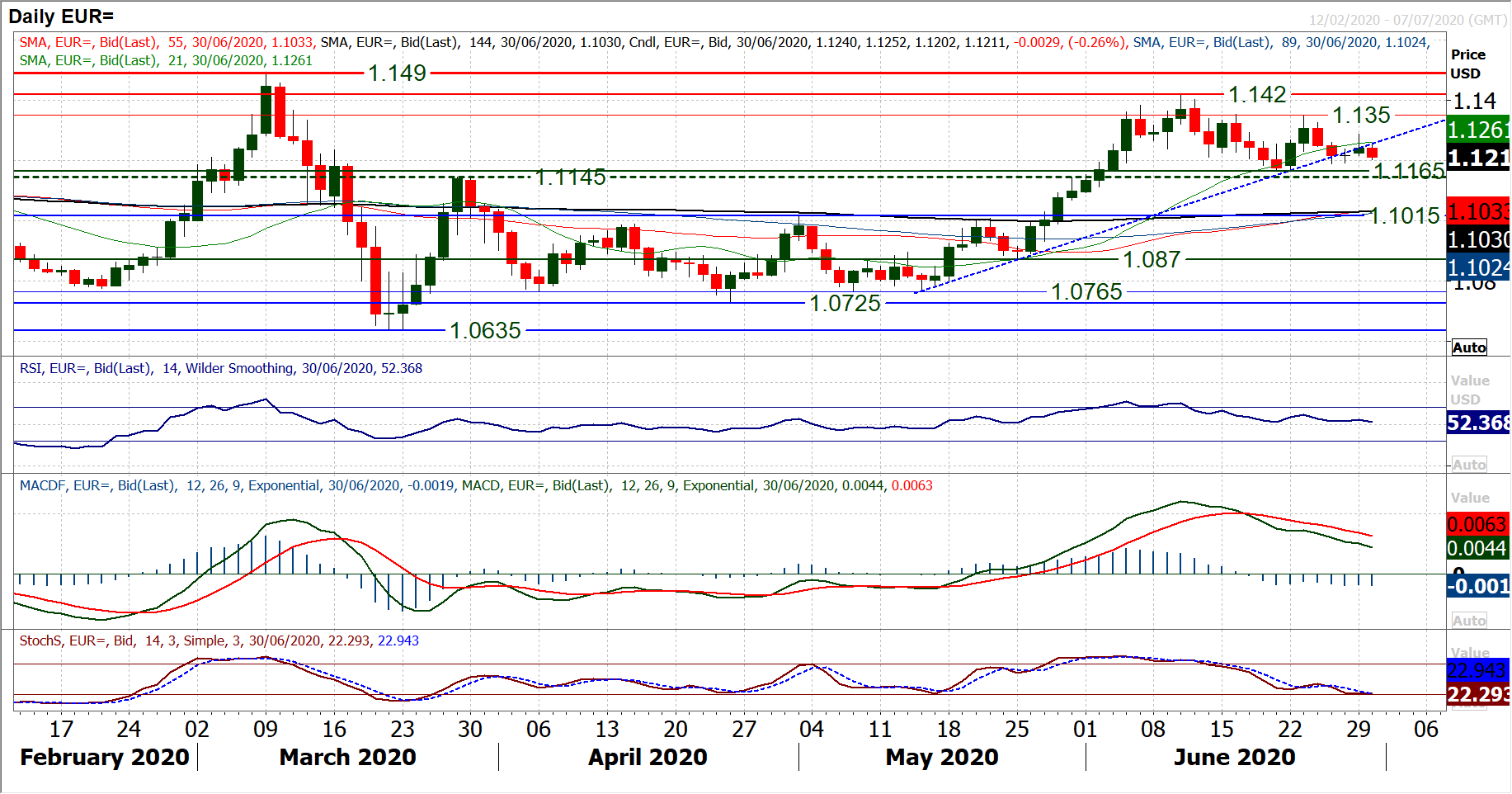 Taking a snapshot of recent candlestick configuration, in the past six completed sessions, there have been two strong bull candles, two strong bear candles and now latterly a couple of candles lacking conviction.

With the market rolling over a shade this morning, there is very mild negative bias forming, but the hourly chart shows support around $1.1215 initially to protect $1.1190. Whilst support at $1.1165 holds, the outlook will retain its ranging configuration.

Whilst yesterday was a good start to the week for risk appetite, it would appear that today is beginning to see markets swing back the other way.

It will be interesting to see what the impact on US Consumer Confidence levels are after the easing of lockdown restrictions have been phased back recently.