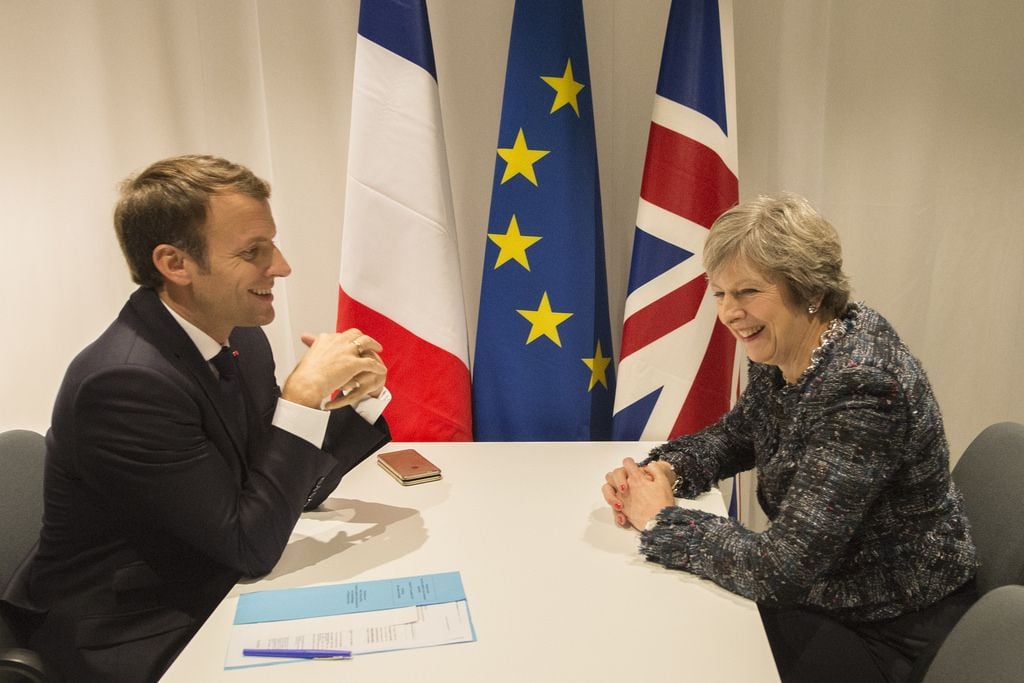 - But, some analysts warn the Pound is merely experiencing a 'short-squeeze'

The British Pound is holding steady ahead of the weekend as a positive flow of Brexit-related headlines point to the prospect of a Brexit deal being struck between the EU and UK by November, at the latest.

The latest intervention in the Brexit saga comes from French President Emmanuel Macron who appears willing to play a part in pushing his fellow EU leaders towards achieving a deal.

The intervention ensures a relief-style rally in Sterling, triggered on a combination of short-covering and improved Brexit sentiment, extends.

At the time of writing, Sterling is the best-performing major currency of the past week: 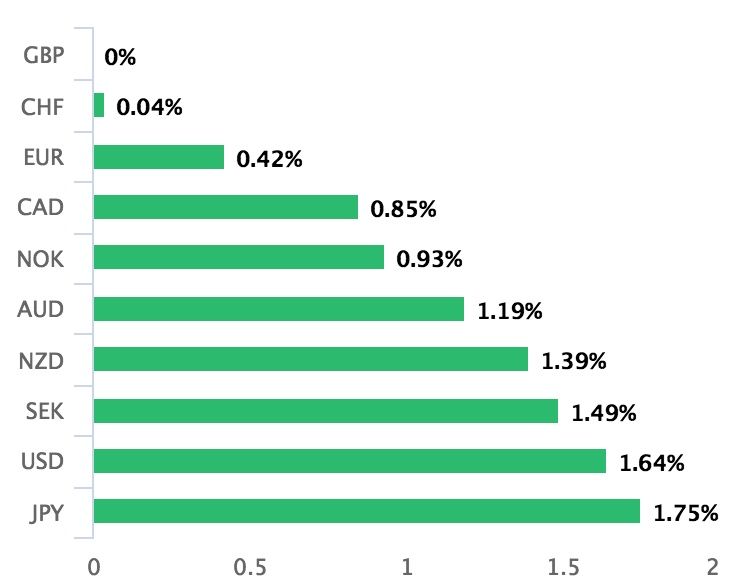 The Pound-to-Euro exchange rate - widely considered to be the best and purest gauge of Sterling sentiment towards Brexit - was seen hitting its best exchange rate since August 21 at 1.1167 on further indications of EU manoeuvres to secure a Brexit deal.

A report in the Times says French President Emmanuel Macron "is preparing to throw Theresa May a lifeline by pushing other EU leaders to agree a close relationship with Britain after Brexit as part of his vision for a united Europe."

Macron is reportedly set to use a summit in Austria next month to spell out a new structure for European alliances. It would be based on “concentric circles”, with the EU and the euro at its core and Britain in a second ring.

The Times quoted diplomatic sources as being behind the claims which are significant if we consider Macron's influence over European policy.

The report comes a day after the EU's lead Brexit negotiator Michel Barnier said "the EU is preparing to offer a partnership with Britain such has never been with any third country."

Of significance is the Barnier's comments came after a meeting with senior German government figures, suggesting Germany too is keen to push for a Brexit deal by November at the latest.

Analyst Viraj Patel with ING Bank N.V. describes the comments as "monumental for GBP" which rallied by over a percent, Patel says some follow-through upside action can be expected in the short-term.

Our own technical studies of the GBP/EUR exchange rate meanwhile suggest the pair could climb to an initial target in the mid-1.12s.

While there are certainly signs that Sterling has further to run in the near-term we are finding the vast majority of foreign exchange analysts are not convinced that we have witnessed a game-changer for the Pound.

"Sterling finally rebounded after comments from EU’s Barnier as he said that the EU wants to keep a close, special relationship with the UK. The market saw the quotes as a sign of a more reconciliatory attitude from the EU. We are not convinced," says Piet Lammens, a foreign exchange strategist with KBC Markets in Brussels. "The move was probably in the first place a short-squeeze on recent substantial sterling losses. Whatever, the correction was quite impressive and deserves monitoring."

A short-squeeze is technical move in the market whereby traders book profits on a profitable and popular trade - in this case a bet against Sterling. The squeeze happens when the market is so heavily invested in a particular direction that a any counter-move forces more participants out of the market as their stop-losses are triggered.

As more and more traders are forced out the counter-move accelerates in a snowball type action.

"The scale of the Pound’s rally has caught market participants by surprise," says Lee Hardman, a currency analyst with MUFG. "However, we are not convinced that the comments are a game-changer for Pound performance."

Hardman adds that the Pound’s sharp rally also provides a good indication that market participants have already priced in a more sizeable Brexit risk premium over the past month.

"In the end, it took a relatively innocuous comment to trigger a squeeze," says Hardman.

The conditions for a short-squeeze have certainly been growing.

According to the CFTC's Commitments of Traders (COT) report, the number of 'shorts' on the Pound have risen from 12K to 72K in the matter of a week. A 'short' is a bet that a financial product - in this case the Pound - will fall in the future. 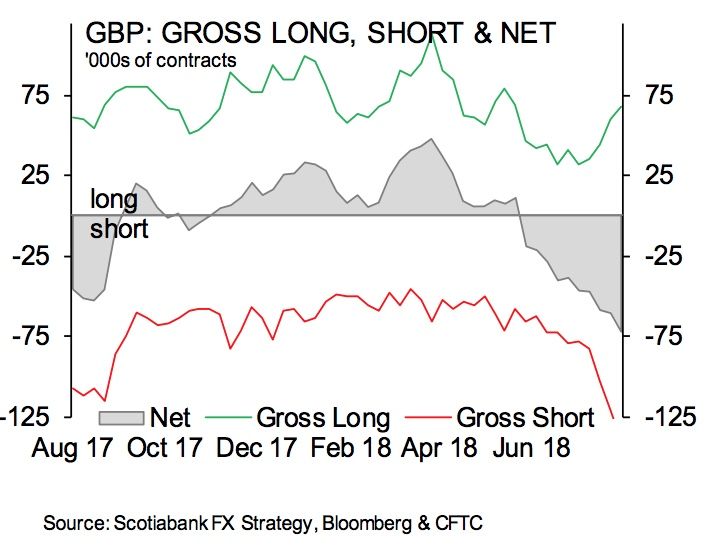 The net short on the Pound is valued at $5.8bn. According to analysis from Goldman Sachs, the bets taken against Sterling has primarily been driven by hedge funds.

The ongoing shift in positioning is suggestive of a growing negativity towards the UK currency and is evidence of the market growing increasingly wary that the UK and EU will not reach a Brexit deal before a November deadline.