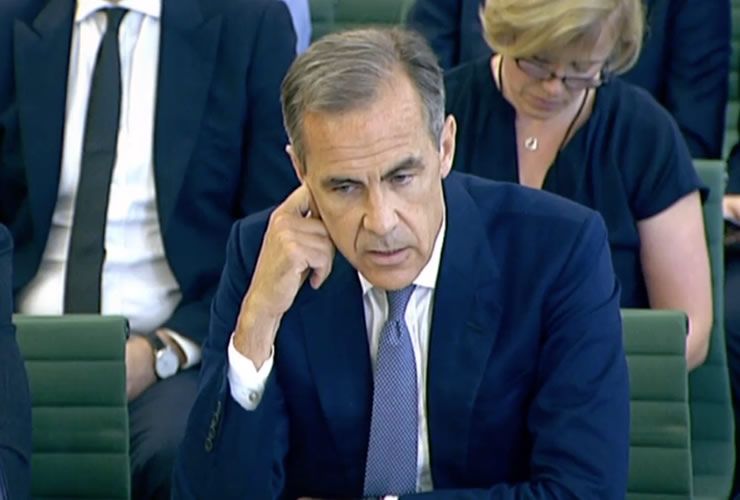 An on-message Mark Carney triggers profit-taking on the recent Pound Sterling rally with analysts expecting only one interest rate rise in near-future.

The British Pound slid at the start of the new week after Bank of England Governor Mark Carney offered no further ammunition to interest rate hawks or Sterling bulls in his latest appearance.

Carney spoke at an International Monetary Fund event in Washington where he warned future UK interest rate rises would be slow in coming and remain contingent on the UK economy performing to expectation.

Carney's speech read much like a rerun of the Bank of England's September monetary policy statement with no new impetus for a renewed rally of the Pound, itself prompting further profit taking.

“The case for a modest monetary tightening is reinforced by the possibility that global r* (equilibrium interest rates) may be rising, meaning that monetary policy has to move in order to stand still,” says Carney.

"Some withdrawal of monetary stimulus is likely to be appropriate over the coming months in order to return inflation sustainably to target. The case for a modest monetary tightening is reinforced by the possibility that global [inflation] may be rising, meaning that monetary policy has to move in order to stand still," says the Governor.

“The market dumped GBP after Bank of England (BOE) Governor dialled down rate hike expectations. While Carney did not reverse last week’s call for UK rates to rise from their record low levels, he impressed on markets that rate hikes will be gradual and limited,” says Philip Wee at DBS Bank in Singapore.

The decline in Sterling comes after a rare period of outperformance from the Pound, which saw it the best-performing currency in the G10 basket after markets scrambled to price in a possible BoE hike as soon as November.

The shift in sentiment followed a sharp hawkish turn on the Bank's Monetary Policy Committee brought about by August consumer price data that showed inflation threatening the 3.0% threshold.

The MPC warned it could begin withdrawing its post-referendum stimulus over the coming months if inflation continues to rise further above target.

It appears investors held onto the Pound into the run-up to the IMF speech incase Carney were to add further fuel to the fire and trigger for gains.

That he kept a steady hand will have prompted many in the market to call time on the rally and book profit.

"Investors holding Sterling longs probably preferred to take some chips of the table ahead of an upcoming speech from BoE Carney and a key Brexit speech from UK PM May on Friday," says Piet Lammens, an analyst at KBC Bank in Brussels 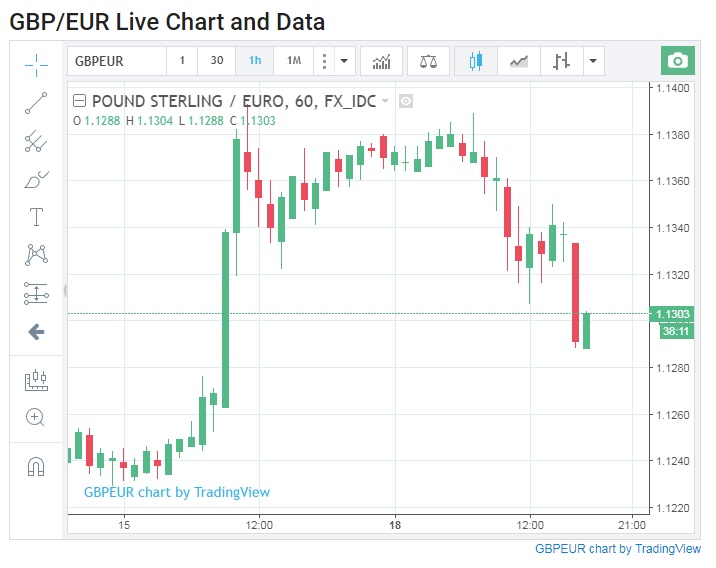 Above: Sterling fades off recent highs as traders take money off the table having been offered no fresh reasons to buy the Pound by BoE Governor Carney.

BoE To Hike In November But Hold Steady Thereafter

The official Bank rate will rise 0.25% in November say RBC Capital Markets in their latest assessment of UK monetary policy although they warn the Bank of England will likely stay on hold through 2018 as domestic weakness weighs on the UK economy.

“The change of view is almost exclusively a response to what the MPC have indicated it is intending to do, not a result of a change in our assessment of the outlook for the UK economy,” says Sam Hill, senior UK economist at RBC Capital Markets..

Hill forecasts consumer spending, which accounts for 66% of the UK economy, to continue to grow at the same much reduced rates (0.1%) observed in the second quarter as inflation crimps the purchasing power of an already-leveraged consumer.

“If the economy has to digest an increase in interest rates, in addition to the challenges caused by the loss of momentum already underway, we find it hard to envisage how one rate hike could turn into a series during the course of next year,” says Hill.

This will keep the Bank of England on hold throughout 2018 and may mean the initial move to head off inflation ultimately fails.

The Dove Who Cried Wolf?

Hill notes the Bank of England’s track record, particularly that of Mark Carney, for talking up the prospect of an interest rate hike only to leave markets empty handed at a later date. But he argues this time is different.

“Vlieghe’s change of stance is difficult to ignore. As such, we do think the latest hints of a rate hike could be different to the previous warnings,” Hill says, referring to an admission by MPC member Gertjan Vlieghe that he too could vote for a hike over the coming months.

Vlieghe has consistently been among the most dovish of policy makers, a staunch supporter of low interest rates in the current environment. But markets can be forgiven for questioning whether the Mark Carney is a “dove crying wolf”.

“Who can forget Carney’s June 2014 warning that a rate hike “could happen sooner than markets currently expect”, or the following summer’s assertion that the process of starting the adjustment in Bank Rate would “come into sharper relief around the turn of this year?,” asks Hill.

Hill sees the statements contained in the minutes of the latest BoE meeting as suggestive of a credible threat from the BoE.

A November increase in interest rates will reverse the post-referendum stimulus rolled out by the Bank of England and is largely a response to currency-induced inflation - which hit 2.9% in August. But the attempt to curb inflation could ultimately fail if it is not followed through by further rate hikes.

“Can the MPC help sterling unless the economy gains momentum enough to warrant not just a one-off reversal of last year’s rate cut, but expectations of a series of moves?,” asked Societe Generale strategist Kit Juckes in a Sunday note.

Juckes argues the Bank of England will need to pull more than one interest rate hike out of the bag if it is to lift Sterling off of the proverbial seabed for any more than a brief moment, and thereby, curtail the rising inflation that has gotten the MPC up in arms. 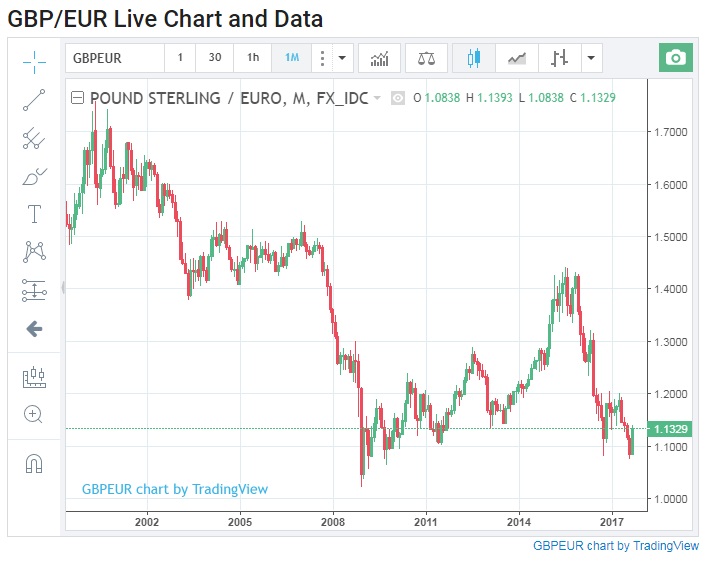