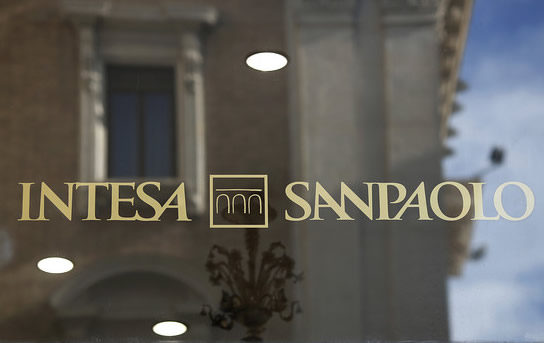 Analysts at Intesa Sanpaolo have raised their forecasts for Pound Sterling in response to the prospect of interest rates rising at a faster-than-expected pace at the Bank of England.

Staff at Intesa Sanpaolo have upgraded expectations for Sterling's outlook after the revelation the Bank of England are intent on raising interest rates as early as November 2017.

The minutes to the Bank of England’s September meeting revealed "a majority of MPC members judged that, if the economy continued to follow a path consistent with the prospect of a continued erosion of slack and a gradual rise in underlying inflationary pressure then... some withdrawal of monetary stimulus was likely to be appropriate over the coming months in order to return inflation sustainably to target".

Foreign currency markets and the analyst community expected the Bank to maintain a cautious tone on the economy and warn that interest rates would stay at current low levels until more certainty regarding the outlook emerged.

The incorrect assumption in turn revealed Sterling to be too cheap.

Bank officials said that if the economy continues to grow at the same rate as that suggested by their August quarterly inflation report then that too would bring forward the time of the first expected rate rise, and steepen the curve of expected future interest rates.

Money markets pushed up the likelihood of a December rate rise to as  high as 66% last week which would suggest were they not to raise rates, the Pound would likely fall on the disappointment.

“In light of the increased probability of the BoE proceeding with an initial rate hike sooner than previously expected, we revise up our forecasts for the Pound,” says Asmara Jamaleh, an analyst with Intesa Sanpaolo who believes the probability of a rate hike this year has increased "significantly”.

The British Pound rose notably in the wake of the shift in expectations regarding the Bank of England with the Pound-to-Euro exchange rate going as high as 1.1392 and the Pound-to-Dollar exchange rate peaking at a 15-month best at 1.3614.

Jamaleh does however caution that the Bank’s guidance on the potential for higher interest rates is contingent on two other outcomes: the first, the economy holding current form, and the second, Brexit negotiations resulting in a "positive outcome."

Yet, even if there was no rate rise in 2017 Jamaleh sees only a short delay before a definite hike in the first-quarter of 2018.

Intesa Sanpaolo have upgraded their forecasts for Sterling pairs over the next two years, albeit with an initial correction back down to 1.32 for GBP/USD.

On the one-month, three-month, six-month, 12-month and 24-month timeframes, the GBP/USD exchange rate is now forecast at:

For the same timeframes the Euro-to-Pound exchange rate is downgraded to:

For those looking at this pair from a Pound-to-Euro rate perspective, we get:

What is notable is the figures suggest Sterling will fade back from current highs over the coming month.

"The contained retracement expected in the very near term mostly reflects uncertainty on the outcome of Brexit negotiations, which are proving difficult."

The next major development in the Brexit negotiations will come on Friday, September 22 when British Prime Minister Theresa May will give a speech in Florence where she will set out the Government’s updated position and will aim to break impasses thrown up in recent negotiations.