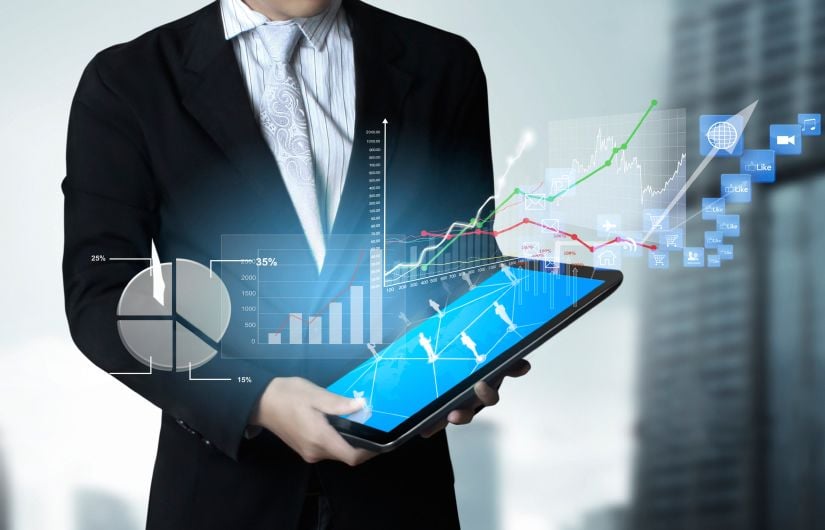 Analysts at a leading global investment bank say the British Pound will still plunge below 1.20 against the Dollar and 1.13 against the Euro through the course of 2017.

But the picture is a nuansced one as we are also told to expect a near-term bout of strength before the longer-term decline commences.

In a new analyst note to clients, Bank of America Merrill Lynch say April tends to be positive for Sterling and  as such there is reason to believe that April 2017 should deliver further gains.

So it could be a case of selling the currency at the end of April.

Analyst Kamal Sharma notes the rally in GBP through March has been impressive and the rally was driven by two phases:

The first phase was the recalibration of UK rate hike expectations, following the Bank of England’s March meeting which showed policy-makers were not as opposed to raising interest rates in the future as markets had expected.

UK inflation data and retail sales data have also impressed of late, all creating the conditions for the Pound to catch a bid.

“The below chart show how UK 2-year swap yields over a weighted average of G10 swap yields have moved in favour of GBP since the BoE rate decision in mid-March and were subsequently given added stimulus following strong CPI and retail sales data,” says Kamal Sharma at Bank of America's London office. 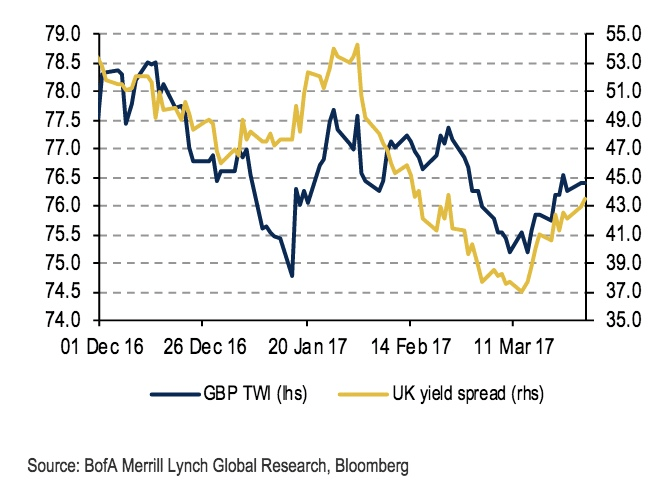 But analysts believe the second phase of the GBP rally has little to do with either the triggering of Article 50 or UK data.

The second phase of the GBP rally has, in Bank of America's view been driven by position adjustment in the aftermath of the failure to repeal and replace the Affordable Health Care Act in the US.

Since last Friday, GBP has been the best performing currency versus the USD, followed by the negative yielding/quantitative easing currencies: CHF, JPY and EUR. 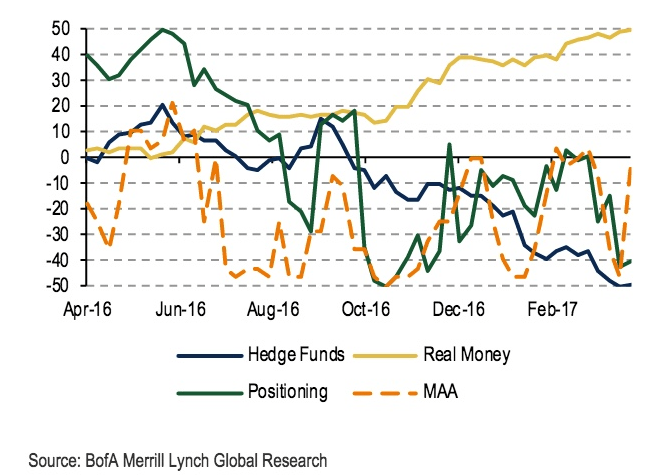 “Whilst our bias remains for renewed GBP weakness at the higher end of the 1Q17 technical range, we are cognisant of the ongoing positioning unwind (highlighted above), positive April seasonal factors which has seen GBP rally every month over the past twelve years and an unconfirmed technical base in GBP/USD,” says Sharma.

Looking further ahead, Bank of America have made the case that the post Article 50 dip in GBP would providing a buying opportunity.

Sharma believes that some of the traditional macro drivers for GBP, such as global growth and the UK housing and labour markets, are unlikely to be significantly impacted in the early stages of Brexit negotiations.

“As a result, the divergences between these key drivers and GBP, which have built up as political risk premium has dominated price action, could be closed,” says Sharma.

Uncertainty is a Certainty

The initial reaction to the triggering of Article 50 has been relatively muted to an event which has been well flagged for some weeks.

“We have consistently stated that the formal triggering of Article 50 will not be an event in of itself for GBP, but have rejected the notion that triggering somehow removes uncertainty,” says Sharma. “We would strongly disagree with this argument.”

Sharma argues that with the clock now ticking on the 2-year deadline and the EU seemingly in little rush to sit around the negotiation table, this void of concrete negotiating principles does not sit well for a currency which continues to rely on capital inflows to finance its current account deficit.

Thus, over the multi-month timeframe the Pound could turn lower.

However, keep in mind that other analysts reckon this void could be beneficial to Sterling.

Others in the analytical community agree.

"We expect GBP to improve because the process to negotiate Brexit is a slow one and we don't expect any immediate reaction from the EU over the coming weeks. On the UK front, the GBP is correcting on risk aversion but given that the UK government has already published its positions in a whitepaper, we don't expect any real impact on GBP from UK side," says Steve Jarvis, Chief Technical Analyst at TraderMade Systems Ltd.

Longer-term, Bank of America stand by the belief that GBP/USD is likely to trade back towards the bottom end and test the $1.20 trading range.

Official forecasts at Bank of America see the Pound to Dollar exchange rate falling down to 1.15 in mid-year before rising to 1.19 by the end of 2017.

“We retain a structurally long bias in GBP/USD volatility and also believe that longer dated GBP implied volatility is under-pricing the risks of a messy conclusion to negotiations and the potential risk of a Scottish Referendum,” says Sharma. 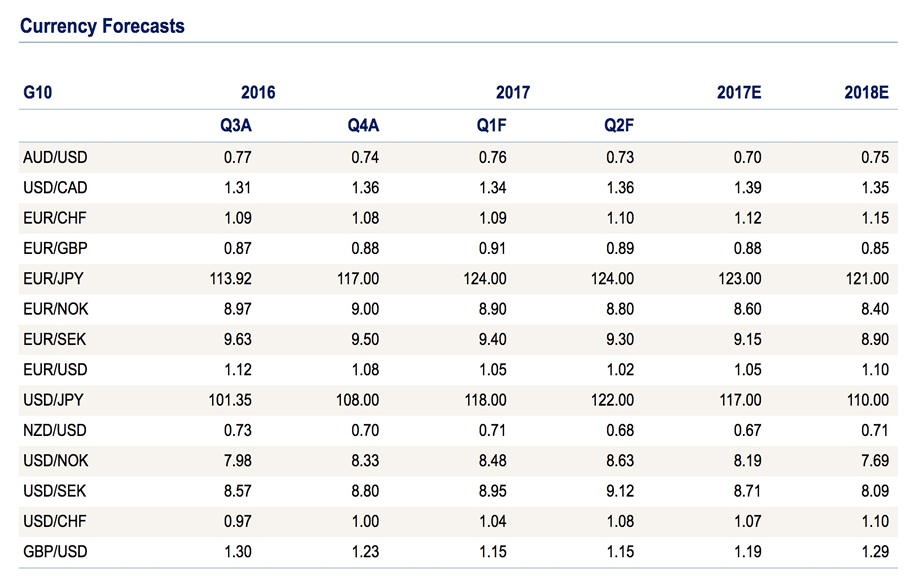