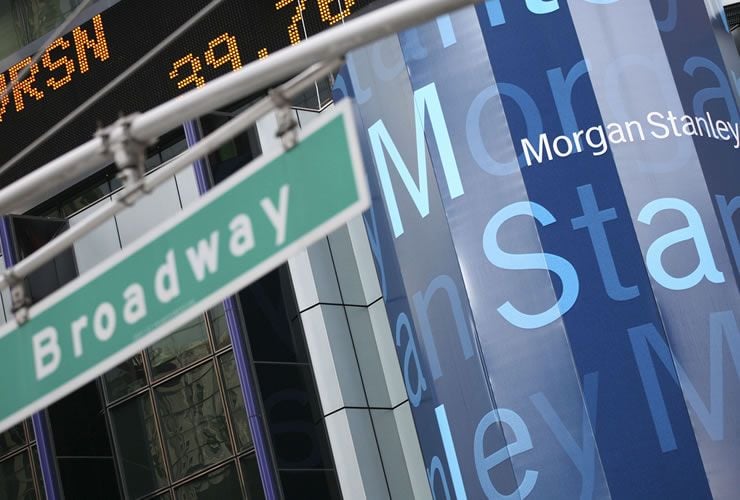 Analysts at investment banking giant Morgan Stanley say it is time to back the Pound as the worst has finally come to pass.

“Sterling pessimism has reached extremes, we think,” says analyst Hans Redeker at Morgan Stanley. Redeker and his team are of the view that the conditions for a recovery in Sterling are now in place.

Nevertheless, Redeker sees a “Sterling opportunity” ahead for speculators as he suggests the market is already so negative on the currency that it will be hard to find more sellers:

“Bearish GBP positioning is heading towards the extreme again even as real yield differential warns that the current GBP level does not make too much sense when applying optimal portfolio rules.” 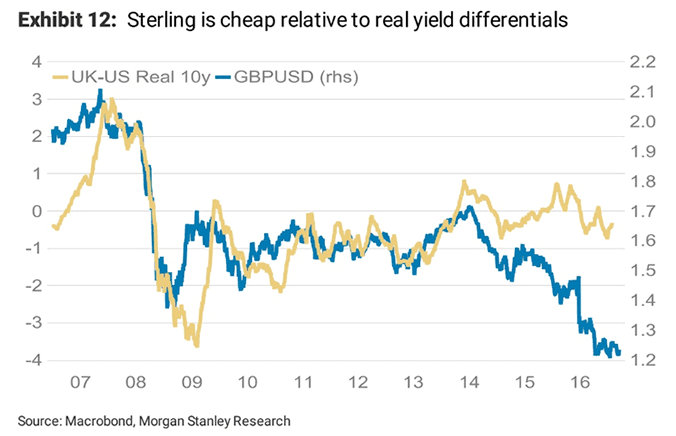 After clearing final legislative hurdles, the Government will trigger Article 50 within the next couple of weeks.

Nevertheless, this market seems to have all that is required for a good rally argues Redeker:

First, the consensus is GBP bearish and adequately positioned. (i.e. because everyone is committed to a one-way bet against the Pound and there might not be the requisite market capacity to continue pushing it lower.) 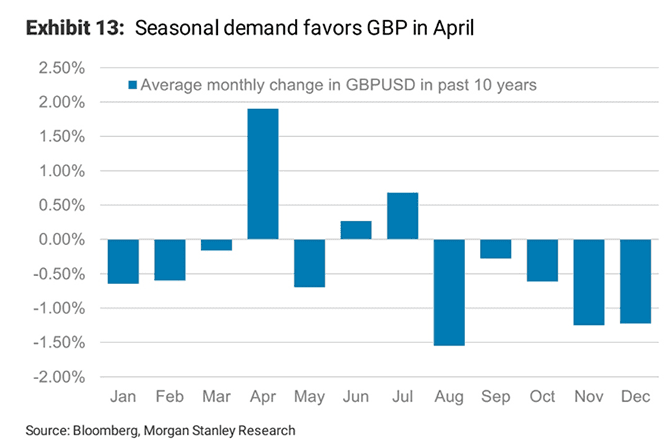 Third, investors have not yet appreciated the possible link between the UK maintaining the Union (avoiding a potential defection of Northern Ireland and Scotland) and maintaining access to the single EU market. Hence, investors overestimate the cliff-edge resulting from the UK leaving the EU.

Fourth, the EU will enter troubled trade waters with the US, which seems no longer willing to accept persistent EU trade surpluses. The EU will find it economically difficult to see its exports into the US and the UK suffering simultaneously. Accordingly, the EU may have to soften its currently perceived tough position too.

Fifth, the UK budget is no longer fiscally neutral after the government's U-turn on National Insurance contributions, which is a currency positive.

Morgan Stanley forecast the Pound to rise as a result, particularly against the US Dollar and New Zealand Dollar.

“We see good risk/reward in buying GBPNZD, and also see upside potential in GBPUSD. We think Brexit worries are largely in the price, the market is bearish and there are some positive political factors emerging,” says Redeker.

Morgan Stanley are also expecting the Pound to appreciate agianst the Euro and are targetting a move to 1.25.

Pound's Decline not Yet Done

While Morgan Stanley are bullish on Sterling's prospects, there are those who continue to argue against the Pound, such as Commonwealth Bank of Australia’s Peter Kinsella.

Kinsella and his team have written a note to clients saying they believe the Bank of England will have to cut interest rates again in 2017. Another rate cut at the Bank would likely trigger a significant leg lower in the Pound.

Kinsella's note came in the same week that the Bank of England's March policy decision was released in which markets saw signs that the Bank might soon start leaning towards an interest rate rise as opposed to a cut.

Nevertheless, that school of economists who believe the Pound still has some way to fall believe the Bank will remain wary of raising rates citing tough Brexit negotiations ahead.

If they Bank is responsive to data then any slowdown in economic growth - signs of which we have seen throughout 2017 - then the next move on rates could well be a cut.

The UK government has announced on Monday March 20 that it will trigger Article 50 on 29 March.

This will start a two-year process for the UK to negotiate its future relationship with the EU.

European Council President Donald Tusk meanwhile announced that he will present the draft Brexit guidelines to the EU member states within 48 hours of the UK triggering Article 50.

However, a detailed stance will probably take longer to formulate and real negotiations may not start until June.

"Recent statements on both the UK and EU side suggest both camps are taking a tough line, which is logical at the start of any negotiation process," notes Nick Kounis at ABN Amro in Amsterdam.

Prime Minister May has said the UK will not be part of the single market or customs union as she seems to want to start from a blank page so she does not need to negotiate under the current rules.

At the same time the EU has said they do not want the UK to ‘cherry pick’ the benefits of memberships, while getting rid of the responsibilities.

In particular, the EU insists that full access to the EU market is only possible with full freedom of labour.

"Our base case is that some balance between free trade, free movement and payments into the EU budget will be eventually agreed, though the outcome is obviously highly uncertain," says Kounis. 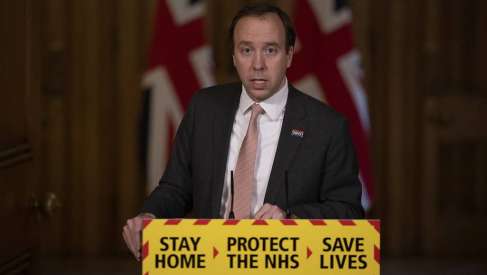