The British pound is forecast to endure volatile trading conditions on the night of Thursday the 23rd as the results to the EU referendum roll out. Here is how the night could progress. 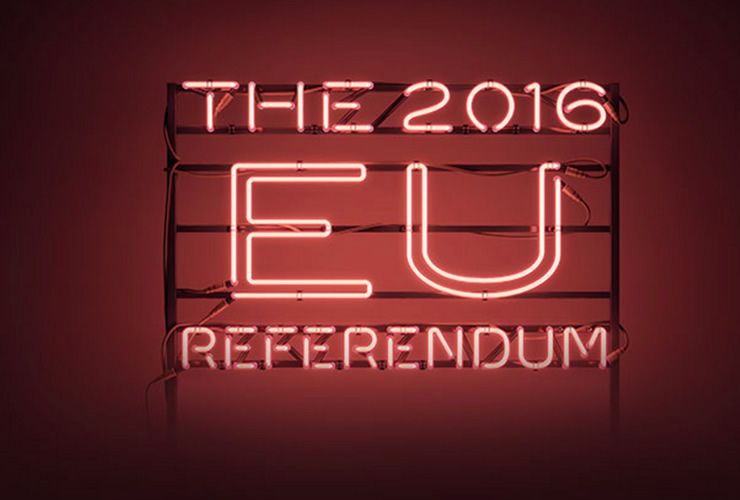 "By 3am, this level reaches about one-third of votes counted, and we should start to get an idea of which way the result is swinging." - Richard Kelly at TD Securities.

For those planning to stay up on Thursday, it could be a long night.

While there won’t be an official exit poll, it’s possible that unofficial figures could be released.

As the results of the referendum begin to emerge, they are likely to move the markets.

Voting ends at 22:00, and this is when the embargo on publishing exit polls is lifted.

The first voting results are expected at 00:30, and the outcome of the referendum should be known by 05:00, when over 80% of the 382 counting areas are scheduled to have reported.

“We expect there will be extreme volatility and market ‘gapping’ during the night. This means there’s an increased risk of slippage on non-guaranteed stops, while spreads on markets such as sterling forex pairs and the FTSE 100 index are expected to be much larger than normal,” says a note from IG, the spread betting company.

IG will hike their margin rates on GBP currency pairs to 6% from 3PM on Wednesday 22 June in anticipation of volatile trading conditions.

They will also be increasing the charge for guaranteed stops throughout the week, and at 3pm on Wednesday 22 June they will remove the margin reduction for placing non-guaranteed stops on your positions.

How the Results Night Works

Once the polling stations close, the ballot papers will be transported to local Counting Officers for verification and counting.

There will be 382 of these in total, comprising 380 for Great Britain and one each for Gibraltar and Northern Ireland.

Once the results of all the twelve regions are in, the Chief Counting Officer will declare the official referendum result. This will take place at Manchester Town Hall.

The Electoral Commission has said they do not anticipate an official result before
‘breakfast time’ on Friday. 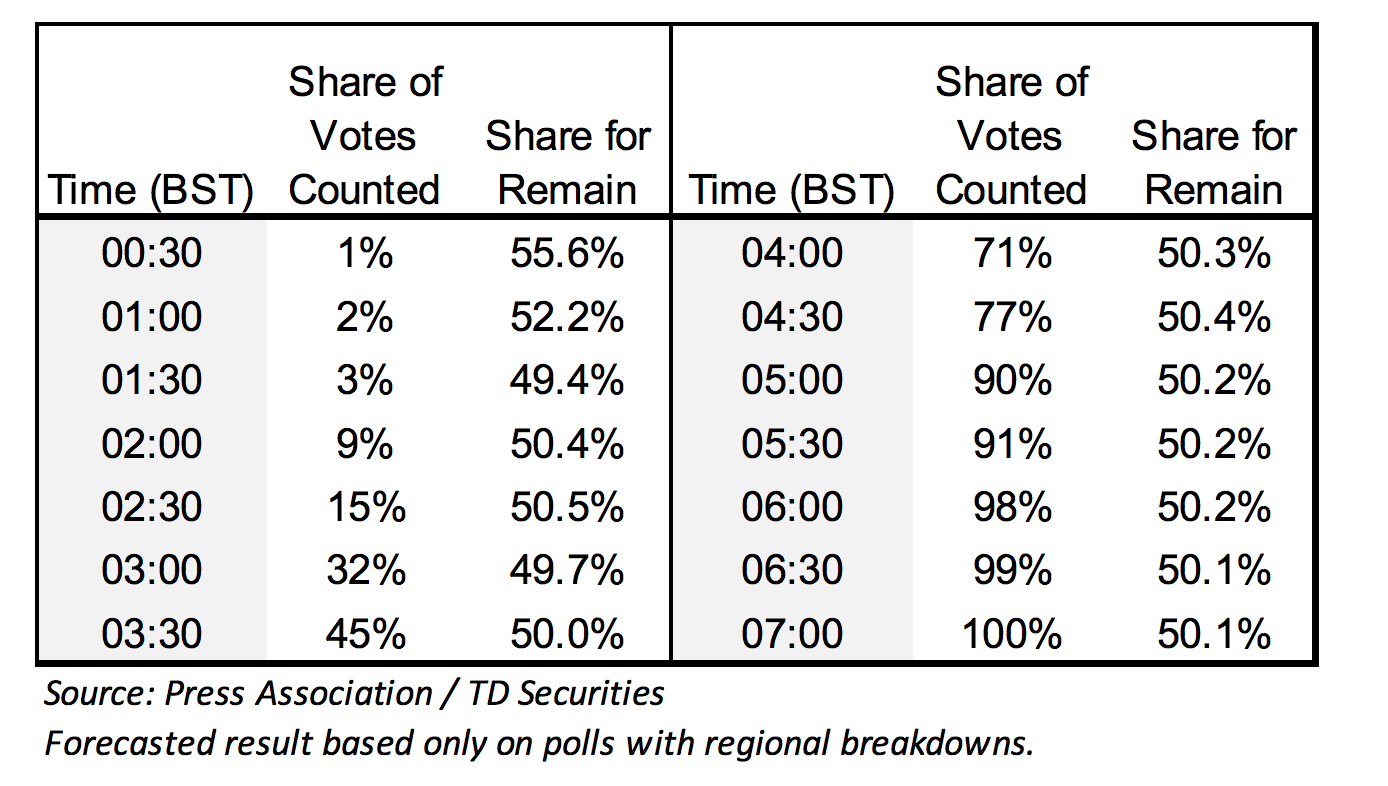 "The night will get off to a slow start, with fewer than 10% of the votes expected before 2am BST. By 3am, this level reaches about one-third of votes counted, and we should start to get an idea of which way the result is swinging. Between 3am and 4am another third of the votes are expected to be counted," says Richard Kelly at TD Securities.

A Volatile Night for the Pound

The running total of the 382 local Counting Officers, however, will show how the result is evolving over the course of the night.

“This could cause significant swings in the pound as results become available. The first
local declarations are not expected until around 1.00am, with the number rising exponentially from around 2.00am to 4.00am,” says Adam Chester, Head of Economics, Commercial Banking, Lloyds Bank.

“This too could cause sharp swings in market sentiment, as turnout is widely viewed as key to the referendum outcome,” says Chester.

Watch these key outcomes for a sense of whether or not an unexpected outcome is about to come our way.